MTV's big night celebrating movies and TV shows has finally arrived! While celebs walked the red carpet for the 2019 MTV Movie & TV Awards on Saturday, June 15, fans finally got to see who won what when the show aired on Monday, June 17. "Shazam!" and "The Marvelous Mrs. Maisel" actor Zachary Levi served as the evening's host, kicking things off in a fun red suit. Keep reading to see which antics, speeches and onstage moments had everyone buzzing at the annual event…

RELATED: Stars on the red carpet at the 2019 MTV Movie & TV Awards

Dwayne Johnson is widely known for his inspirational attitude and his intense work ethic, so it's hardly a surprise that when taking home the MTV Generation Award, he left the audience with a strong message. "I want to share a really quick lesson with you guys that I've learned over the years," The Rock said onstage. "When I first got to Hollywood, Hollywood, they didn't know what the hell to do with me. I mean, I was [a] half-black, half-Samoan, 6-foot-4, 275-pound pro wrestler … I was told at that time, well, you gotta be a certain way. You gotta drop some weight. You gotta be somebody different. You gotta stop working out. Stop doing the things that I love. You gotta stop calling yourself 'The Rock' … I made a choice, the choice was, I wasn't gonna conform to Hollywood. Hollywood was gonna conform to me … I'm proudly half-black and half-Samoan and I wanted to bring those cultures here, up here for the world to see. So, yes it's important that you are your most authentic self."

RELATED: The best photos from inside and backstage at the 2019 MTV Movie & TV Awards

Host Zachary Levi's monologue went over well, drawing laughs from the audience — but one celebrity made it crystal clear she was not impressed. As the host was pointing out which stars had come out to celebrate at the annual event, he name-checked Sandra Bullock then Ray J. "And, of course, America's other sweetheart, Ray J from "Love & Hip Hop," is here," Zachary said, adding, "although I'm sure some of you are more familiar with his work as a cameraman." Ray J's wife, Princess Love, got upset about the reference to Ray J and Kim Kardashian West's 2007 sex tape and, smiling as a camera operator panned to her, quickly flipped up both of her middle fingers to the camera. Zachary's response? "I had to," he said, "I'm sorry, [the joke] was collectively a great idea."

OMG David! Daniel Levy was shocked and humbled when he took home the best comedic performance prize for his work as David on "Schitt's Creek." "Wow, thank you to MTV. I actually started my career at MTV, so this is an insane full-circle moment," he said. "I'm Canadian, this is very overwhelming for me. … I will say this, it's very hard to be funny if you don't have people to be with funny with, so for that I want to thank our brilliant cast, many of whom are here tonight." He also went on to share what the show has taught him: "If I have taken anything away from making 'Schitt's Creek,' it's that kindness always wins, that love is best served unconditionally, and that wearing sweaters in the dead of summer is a very, very bad idea."

Brie Larson is a gem! While accepting the popcorn trophy for best fight for her throwdown with Minn-Erva in "Captain Marvel," she gave a shout-out to the stunt doubles who make her work possible. "I wanted to take this moment to really say thank you," she said during her speech, honoring Joanna Bennett and Renae Moneymaker. "To these two women who are standing here beside me — these are the women who trained me and were also the stunt doubles for 'Captain Marvel.' I could not have made this film without them. They are really the baseline of who she is. They're the living embodiment of 'Captain Marvel.'"

For everyone's favorite category — best kiss — Noah Centineo (aka Peter kavinsky) made sure to ham it up with his "To All the Boys I've Loved Before" co-star Lana Condor (aka Lara Jean). "About a year and a half ago, we made this little movie and we had no idea what was going to happen," Lana said onstage next to Noah. "And so all of this is because of you guys and the fans for supporting the movie and loving it as much as we did, so thank you so much." Noah got the last word, though, when he hopped in and said, "Thanks to Lana's lips, right?" Great answer, Noah!

There was some controversy onstage when "Love & Hip Hop Atlanta" won the reality royalty award — leading to some cut footage. "The reality is we never really thought we were going to win," Lil Scrappy said. "We didn't write a speech, we were so shocked, we were on stage, we didn't know where to go." Then Johnny Bananas took the stage and started delivering a speech as if "The Challenge" had won the popcorn trophy. "The dude came out trying to Kanye us," Lil Scrappy told "Entertainment Tonight" later on June 15, referring to how Kanye West stormed the podium to usurp Taylor Swift's win during the 2009 MTV Video Music Awards . But when the Movie & TV Awards telecast finally aired on June 17, Johnny Bananas' little bit onstage had been noticeably cut.

Mama's making the kids proud! During her acceptance speech for best frightened performance for her work in "Bird Box," Sandra Bullock gave a fun shout-out to her two kids, Louis and Laila. "When I finished the film, I said, 'Here, Mommy made this for you. And even though you can't see it until you're 21 because apparently, a movie about being a mommy is a horror film, you will know when you see it that there isn't anything I wouldn't do for you.'" She continued: "You are my first thought in the morning. You are my last thought at night. I was put on this earth to protect you. You are my world. I love you so much, and I will move mountains to make sure that you are safe."

Tiffany Haddish couldn't help but brag on her BFF Jada Pinkett Smith when the veteran actress took home the Trailblazer Award. Before Jada won, Tiffany made a funny but heartfelt speech about Jada's contributions to the entertainment world but also to society. "I don't mean to brag but my friend Jada Pinkett Smith is the recipient of the Trailblazer Award," Tiffany said. "That's my friend. She's taken us to 'Madagascar' and into 'The Matrix.' You can even say her career has been one crazy 'Girls Trip.' See what I did there? Just call me Jada Pinkett-pedia Smith. Starring in some of my favorite TV shows and movies isn't what makes her a trailblazer. Neither is the fact that she's dedicated years of her life and much of her own dollars and time to help those less fortunate than herself with the Will and Jada Pinkett Smith Foundation.She's the one everyone who knows her goes to — that's why I always ask her if I can have some money. It's the fact that she's never stopped pushing boundaries."

Meanwhile, Jada Pinkett Smith used her few minutes onstage to leave audience members and viewers with an inspirational message. "Often we applaud the trails people blaze in the external world that we can see, but very rarely do we applaud the trails that are blazed in the hidden rooms of the mind that are full of uncertainty, false beliefs and pain," Jada said. "It's these internal obstacles that must be challenged in order to muster the courage to forge new paths that we can see in the world. And then I thought a little more deeply. I was thinking, every last person in this room must do that at some capacity. So that means that every single person in this room is trailblazing … So as you honor me tonight, I want to honor all of you."

Bringing down the house! While singing her hit song "Juice," Lizzo — who delivered the first musical performance of the night — gave viewers an unexpected treat. Her special arrangement of her song sampled and honored the "Joyful, Joyful" performance that a young Lauryn Hill gave in "Sister Act 2: Back in the Habit" and even featured, like in the film, a choir that ditched their traditional concert robes in favor of street clothes. 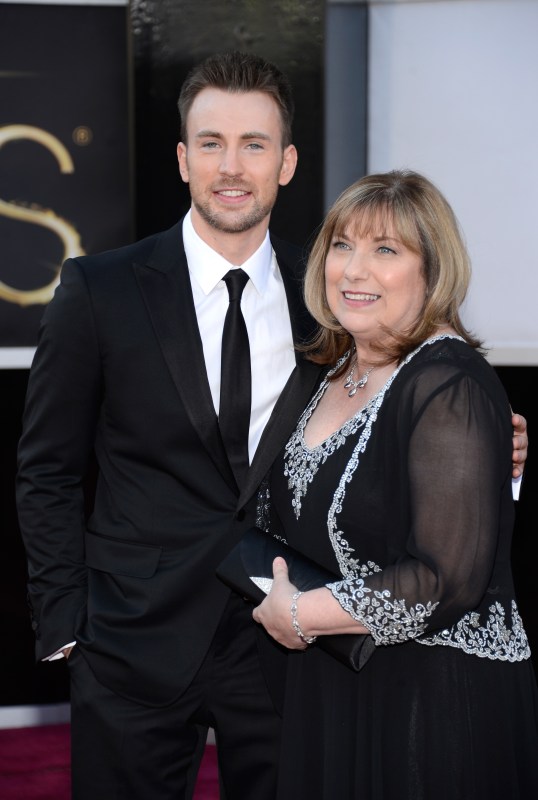 Up Next Parental Plus-One