Why wear one couture look when you can wear two or even three? Wonderwall.com is taking a look back at the stars who wore multiple ensembles during the 2017 Grammy Awards, starting with Carrie Underwood. The country cutie started the evening in a red Elie Madi gown. Keep reading to see how she and other celebs changed up their looks throughout the evening…

Carrie Underwood sparkled in a silver minidress during her performance of "The Fighter" with Keith Urban.

RELATED: Hottest duos of the 2017 Grammys

Carrie Underwood changed into a black-and-white gown with a plunging neckline after her performance with Kieth Urban.

RELATED: Buzziest moments of the 2017 Grammys

Adele walked the red carpet in a green Givenchy gown.

Adele changed into her second Givenchy look of the evening — a black gown with a pleated skirt and multi-color bodice — while opening the Grammys with her hit "Hello."

Adele wore yet another Givenchy gown — a black dress with a fringed cape — while performing a tribute to the late George Michael.

Beyonce let loose her inner goddess in Peter Dundas while performing during the Grammys.

Beyonce stunned in a curve-hugging ruby gown by Peter Dundas while posing with hubby Jay-Z in the audience following her performance.

Katy Perry wore a white suit with black lapels and cuffs, which she wore with white sneakers, while performing her new song "Chained to the Rhythm."

Demi Lovato looked gorgeous in Balmain on the red carpet.

Demi Lovato channeled Cher as part of the tribute to the Bee Gees during the Grammys.

Celine Dion showed some skin in Zuhair Murad on the red carpet.

Celine Dion, who presented an award during the Grammys, changed into a black gown with a hip-high slit.

Paris Jackson started the evening in a sparkly Balmain gown.

Solange Knowles started the evening in a divisive gold gown.

Solange donned a loose-fitting striped gown while presenting during the Grammys.

Maren Morris changed into a bodysuit with a plunging neckline, a cape and floral embellishments, which she wore with sparkly tights while performing "Once" with Alicia Keys.

Maren Morris donned a silver minidress, which she wore with white netted booties, while posing backstage with her Grammy.

Kelsea Ballerini was photographed in an asymmetrical dress — her third look of the evening — backstage during the Grammys.

Tori Kelly donned an LBD with white booties while performing as part of the tribute to the Bee Gees.

Mya started the evening in a red suit.

Mya, who presented an award during the non-televised portion of the Grammys, changed into a curve-hugging burgundy gown.

Halsey raised eyebrows in a Christian Wijnants ensemble on the red carpet.

Halsey donned a studded white minidress with a plunging neckline while presenting during the Grammys.

Andra Day started the evening in a peach gown with a cape.

Andra Day donned sparkly pants with a black top and an embellished poncho during the tribute to the Bee Gees. 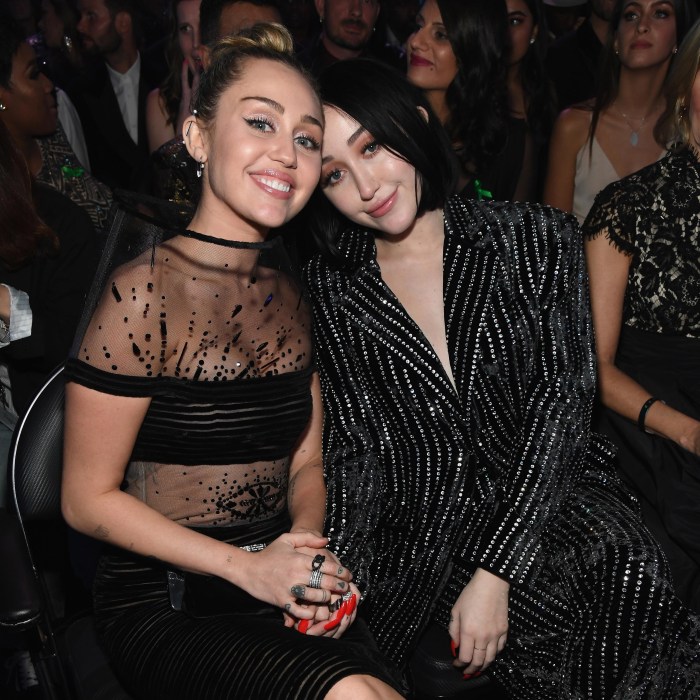