In honor of the Academy Awards on Feb. 9, 2020, Wonderwall.com is flashing back to 2010 to see what our favorite stars wore to the Oscars a decade ago… starting with this big winner. Sandra Bullock shined in a golden gown by Marchesa the night she walked away with the best actress Oscar for her performance in "The Blind Side."

Zoe Saldana sure knows how to go full-on glam! The actress, a presenter that night, showed up in this beautiful pastel Givenchy ombré gown featuring layers of tulle. Everything about this dress was fantastic — from the eye-catching bodice to the dramatic pops of purple, Zoe killed it!

Meryl Streep was nominated for best actress in 2010 for her work in "Julie & Julia" and, similar to her performance, her gown did not disappoint. Classic and streamlined in all white, the Academy Award big-timer looked sexy and sophisticated in a design by "Project Runway" designer Chris March.

RELATED: All of Meryl Streep's Oscar looks through the years

George Clooney — a best actor nominee for his performance in "Up in the Air" — arrived on the 2010 Oscars red carpet in an Armani notch-lapel tux with then-girlfriend Elisabetta Canalis, an Italian TV presenter, on his arm.

Kate Winslet, a presenter that year, dazzled in a metallic bustier gown by Yves Saint Laurent that she accented with more than $3 million in Tiffany diamonds.

Presenter Charlize Theron had fashion critics talking when she hit the red carpet in this number custom made by John Galliano for Dior. The purple bustier gown with structural rose details on the bust sparked quite a bit of buzz — and it wasn't the good kind. Though the actress wasn't among that year's best dressed, she can certainly say her choice was one of that year's boldest.

Jenny from the block sure knows how to dress to impress! Jennifer Lopez arrived on the 2010 Academy Awards red carpet in a gorgeous structured Arman Privé gown. J.Lo's modern updo, fresh makeup and simple yet dazzling accessories perfectly complemented this eye-catching garment.

Queen Latifah stunned in a mauve gown with silver beading in 2010. The single strap detail and fit-and-flare bodice made for a flirty-meets-elegant look that the presenter really pulled off well.

This is arguably one of our favorite looks of the night! Best actress nominee Helen Mirren (for her work in "The Last Station") looked absolutely beautiful in a Badgley Mischka gown. The light gray color, straight neckline and delicate sequins throughout the dress epitomized simplicity in the most gorgeous way.

Anna Kendrick — a 2010 Oscar nominee for best supporting actress for her work in "Up in the Air" — looked ethereal in this blush off-the-shoulder gown by Elie Saab.

Carey Mulligan, who was up for best actress for her performance in "An Education," went for a dramatic look in this embellished black Prada gown with a sweetheart neckline.

Presenter Miley Cyrus was all glitz and glam in this beautiful champagne-colored strapless gown by Jenny Packham. The bustier bodice and intricate combination of beading and sequins on the skirt combined to let this then-17-year-old star shine.

Rachel McAdams arrived at the 82nd Annual Academy Awards in this darling Elie Saab gown in soft-washed hues. The strapless dress featured a sweetheart neckline with a criss-cross detail on the bodice — a winning choice for this talented actress.

Actress-comedian Tina Fey looked sleek and chic in Michael Kors. Tina definitely delivered a glamorous look in this one-shouldered, black sequined gown! Her half up, half down hair gave the look a subtle edge, and we absolutely adored it.

Mo'Nique, who attended the show with husband Sidney Hicks, won a best supporting actress Oscar for her performance in the drama "Precious" in 2010. She won on the red carpet too in a royal blue gown by Tadashi Shoji.

A handsome star in a classic tuxedo? We can't resist! In 2010, Matt Damon was nominated for best actor for his work in "Invictus."

Kathryn Bigelow made history at the 82nd Annual Academy Awards: She was the first woman to ever win best director! The "Hurt Locker" filmmaker looked great when she accepted her Oscar in this stunningly fitted silk satin gown by Stefano Pilati for Yves Saint Laurent. The embroidered bodice added a perfect accent to the classic silhouette.

Presenter Cameron Diaz looked absolutely ethereal in this golden off-the-shoulder gown by Oscar de la Renta. The dazzling embellishments and hints of sparkle throughout the piece ensured that it caught the light with every twist and turn.

Amanda Seyfried didn't shy away from going big at the Academy Awards in 2010! The presenter showed up in a stunning gown by Armani Privé that exuded grace and glamour, its structured bodice and flowing skirt delivering a dramatic yet elegant look. This one was a true standout of the night.

Nominee Stanley Tucci, who was up for best supporting actor for his work in "The Lovely Bones," showed up dressed to the nines! While he didn't end up taking home the Oscar (it went to "Inglourious Basterds" star Christoph Waltz), Stanley sure looked suave that night!

Carrie Bradshaw, forever and always. "Sex and the City" star Sarah Jessica Parker looked beyond beautiful on the red carpet at the 2010 Oscars in a gorgeous yellow satin gown from Chanel that came straight from the spring 2010 runway. Complete with silver embellishments, Sarah seriously shined that night.

We love a bold print! Maggie Gyllenhaal, a best supporting actress nominee for her performance in "Crazy Heart" at the 2010 Oscars, donned a statement gown featuring black, deep blues and hints of purple that gave the patterned frock a whimsical flair. We also loved her hot pink lip that delivered an added pop of color.

Nicole Richie hit the Oscars red carpet in a sparkly, almost disco-inspired gown by Reem Acra. The reality TV star-turned-designer went for an overall dark glam look with her beauty choices too, from her eye makeup to her black manicure.

Gabourey Sidibe — a best actress nominee for her performance in "Precious" — dazzled at the 2010 Oscars in an elegant blue Marchesa gown embellished with floral crystal beading.

Another suave actor on the 2010 Oscars red carpet? Colin Firth, who arrived in a slim-fit black tuxedo and bow tie. The British star was up for best actor for his work in "A Single Man."

Demi Moore's ruffled Versace gown was absolutely to die for! Its flesh-colored hue made for a flattering and sexy-meets-chic look, which she completed with a pair of gorgeous teardrop earrings and an effortless low bun.

In 2010, Penelope Cruz was nominated for best supporting actress for her performance in "Nine." On Oscar night, the Spanish star went for a dramatic look, donning a deep red pleated satin gown by Donna Karan.

Vera Farmiga stunned in this fun, fanned-out fuschia gown by Marchesa featuring asymmetrical ruffles and plenty of drama. Vera was nominated in 2010 for best supporting actress for her performance in "Up in the Air." 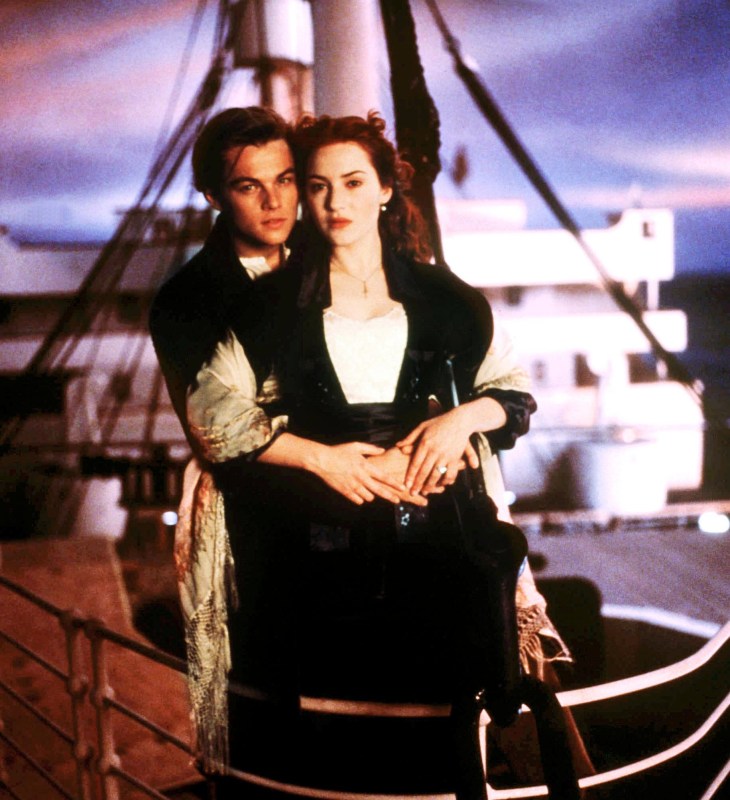