It's graduation season, and that means there's a new crop of freshly educated people heading out into the world. Some will be fortunate enough to have a celebrity wish them well at their commencement ceremonies — like the University of Southern California's 2017 graduation speaker, Will Ferrell, and New York University's cool convocation speaker, Pharrell Williams. Browse through to see which schools recently lucked out!

Members of USC's class of 2017 were fortunate to have Will Ferrell speak at their commencement ceremony. Will regaled the crowd with his usual theatrics, but also exhibited strong emotion and vision for the occasion. The comedy star said, "No matter how cliché it may sound, you will never truly be successful until you learn to give beyond yourself. Empathy and kindness are the true signs of emotional intelligence." Will, a USC alum, also received an honorary doctorate at the ceremony.

Pharrell Williams addressed the crowd at NYU's 2017 commencement ceremony at Yankee Stadium. The music star offered this advice: "The days of being an anonymous activist or participant are over. How can we inspire if we are only behind the scenes? How will an anonymous donation ever inspire another? That was the way of previous generations. Don't be like them." True words from a true original.

Helen Mirren had some advice for the 2017 graduates of Tulane University. The iconic British actress said, "The trick is to listen to your instincts, grab the opportunity when it presents itself and then give it your all." She also walked away with an honorary degree from the university.

Oprah Winfrey received a honorary degree during the Agnes Scott College 2017 commencement ceremony and also addressed the graduates. Oprah told the crowd, "You're nothing if you're not the truth. I've made a living, I've made a life, I've made a fortune — really, it's fantastic — from being true to myself and, if I could leave you with any message today, that is it."

Actor and former California Governor Arnold Schwarzenegger was the keynote speaker at the University of Houston's 2017 commencement. Arnold encouraged graduates to consider others when they go out into the world. "Make sure that it is not about 'me.' That it is about 'we.' Turn the 'me' into 'we,' and I guarantee you that you can change the world," he said.

"Moonlight" actress and singer Janelle Monae received an honorary degree from Dillard University and gifted the graduating class with some words of wisdom. Janelle said, "And so on this day, graduates of 2017, I celebrate you as you remember the power of grace and pride. And I challenge you to choose freedom over fear."

In her speech at the 2017 Kent State University graduation ceremony, Oscar winner and "Hidden Figures" star Octavia Spencer encouraged graduates to be optimistic about the future: "Each of you has your own individual journeys ahead where you will reach unique and thrilling heights that will be exclusively yours. But today, this view, these accomplishments, they're yours to celebrate together, Kent State."

Actor Hank Azaria, the voice behind a bevy of "The Simpsons" characters, spoke during the commencement ceremony at Tufts University in 2016. He told the crowd, "I didn't realize it, but when I was your guys' age, I had a belief that who I was and how I thought and how I felt was inherently uninteresting and flawed and not practical. Well, maybe they were and maybe they still are. But it wasn't until I embraced the person that I really was that my work as an actor got really interesting."

Apple CEO Tim Cook spoke to graduates during George Washington University's commencement exercises on the National Mall in 2015. As for his advice to the new graduates, Tim said, "For you graduates, the process of discovering yourself, of inventing yourself, of reinventing yourself, is about to begin in earnest. It's about finding your values and committing to live by them. You have to find your North Star. And that means choices."

President Barack Obama delivered the commencement speech to the 2013 class at Ohio State University. "We've seen courage and compassion, a sense of civic duty and a recognition we are not a collection of strangers; we are bound to one another by a set of ideals and laws and commitments, and a deep devotion to this country that we love," he said. "And that's what citizenship is."

Comedian Chelsea handler spoke at Emory University's 2011 commencement. Her parting knowledge: "Escape a hangover by cracking open a new bottle first thing in the morning. But you already knew that, you crazy college kids, you." On-brand, Chelsea!

Dr. Drew Pinsky spoke at the University of Southern California's Keck School of Medicine commencement in 2011. He told the young graduates, "Life is full of difficult choices. And if you make the wrong ones, then you can always straighten yourself out on a VH1 reality show." Truth.

Brooke Shields addressed the graduates of her alma mater, Princeton University, in 2011. Her parting wisdom? "Don't listen to your detractors. Your prominent eyebrows are actually assets. They look quite pretty and everyone else is just jealous."

Former first lady Michelle Obama gave the commencement address at the University of Northern Iowa in 2011. She told the graduates, "But at the end of the day, don't ever lose sight of what makes you unique. Don't ever stop believing in what you have to offer. Don't ever count yourself out."

Comedian and former "Saturday Night Live" castmate Amy Poehler addressed Harvard University grads in 2011. In a humorous reference to her own nearby alma mater, the Massachusetts native told the crowd, "I graduated from Boston College, which some call the Harvard of Boston, but we all know that Harvard is the Harvard of Harvard. And you can quote me on that."

"Whether you fear it or not, disappointment will come. The beauty is that through disappointment, you can gain clarity; and with clarity comes conviction and true originality," Conan O'Brien told the 2011 graduating class of Dartmouth University.

Alec Baldwin delivered the commencement address at his alma mater, New York University, in 2011. A sage nugget from his speech? "In life, it's amazing how often people will say yes. You just have to ask."

Acting legend Tom Hanks spoke to the graduates at Yale University's 2011 commencement ceremony. Tom said, "Your rising from bed every morning will give fear its chance to grow stronger just as it will afford faith its chance to blossom."

Actress and humanitarian Mia Farrow spoke to the graduates at the University of Connecticut's School of Fine Arts after receiving an honorary Doctor of Humane Letters degree in 2011. She encouraged the graduates to shoot for the stars, saying, "Years ago my 5-year-old daughter declared, 'I want to be a doctor, a ballerina, a mermaid and a man.' I told her, 'You go for it. Yes! You can do it all.'"

Academy Award-winning actor Denzel Washington delivered a speech at the University of Pennsylvania's 255th commencement in 2011. A line to remember? "I found that nothing in life is worthwhile unless you take risks."

President Bill Clinton delivered the commencement address to students at New York University in 2011. Bill said, "We have to find a way to reduce the negative instability of modern life without going to a totally static world where nothing would grow." Serious wisdom.

Vice President Al Gore spoke to graduates at Harvard's 2011 commencement. It was a special one for Al, marking the 25th anniversary of his own graduation from Harvard. He said, "I have come to believe that our healing can be found in our relationships to one another and in a shared commitment to higher purposes in the face of adversity."

Former editor-in-chief of The Huffington Post Arianna Huffington was the speaker at Sarah Lawrence College's graduation in 2011. "A key component of wisdom is fearlessness, which is not the absence of fear, but rather not letting our fears get in the way," she said. 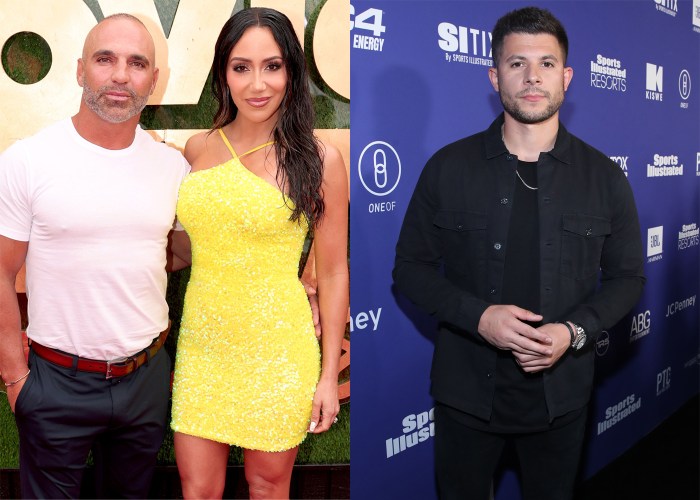