Join Wonderwall.com as we take a look at the biggest stories of August 2021 that prove how celebrities are nothing like us… We couldn't even fathom making this much money! According to Variety, several A-list celebrities have managed to earn some very impressive salaries in recent months thanks to lucrative streaming deals. James Bond actor Daniel Craig, for example, earned more than $100 million after signing on to star in two forthcoming sequels to Rian Johnson's "Knives Out," which will be available to stream on Netflix. Daniel's nine-figure paycheck factors in Netflix's compensation for its stars in what Variety refers to as "the projected back-end box office participation" they would earn if their films received exclusive theatrical releases. The 007 actor had the highest salary, beating out Dwayne Johnson, who's earning $50 million for Amazon Studios' "Red One."

Travis Barker can now add "mouth jewelry" to his list of extravagant accessories! The blink-182 drummer now sports a skull full of tiny diamonds on one of his incisors, Page Six reported in August. "He came to me a few months ago, he wanted something cool," Dr. Thomas Connelly DDS, who created the tooth piece, told the New York Post's gossip column. "He wanted something people hadn't done before." As for the price tag on this custom porcelain crown? $8,000. Kourtney Kardashian approves of her beau's glitzy new jewel as well. "She loves it too," said Dr. Connelly. "She thinks it's hot."

James Van Der Beek and wife Kimberly are officially RV owners! And they spared no expense on their new luxury recreational vehicle. The couple, who share five children, took to Instagram to share a video tour of their new vacation home on wheels on Aug. 14 as they took a family vacation to the Texas coast. People magazine reported that their model is the Thor Motor Coach Aria 4000, which, according to the manufacturer's website, has an MSRP of $376,350! It comfortably houses up to seven people and includes two separate bathrooms with showers, a sofa bed, two bunk beds, a king-size bed, several TVs, a kitchen with double sinks, a washer and dryer, a pull-out pantry and a full-size fridge.

Purchasing your first iPad isn't headline-making news… unless you're Britney Spears. On Aug. 5, Page Six reported that the pop star — who's been under a conservatorship (that she's now fighting to end) for the last 13 years — bought her first iPad at 39. "OK, guys, great news. I got my first iPad today," she enthusiastically shared via Instagram. "I am so excited." While Britney's sons, Sean Preston and Jayden James, have had iPads before, this is the first one she's ever owned. "This is just a groundbreaking day," Britney continued. "I've always had a little phone, but now this iPad is in my hands, and I feel like my life is changing as we speak, and I am so excited. Upward bound, yes!"

Cardi B proves has once again proven that she will not hesitate to shower her child with the finest things money can buy! On Aug. 12, Page Six reported that the "Up" rapper gifted her 3-year-old daughter, Kulture, a rainbow-embellished yellow Hermés Birkin bag worth $48,000. The luxury purse debuted on Cardi's Instagram in a post that also showed her toddler decked out in dazzling jewels — from sparkling arm candy to a Minnie Mouse and Chanel diamond necklace. The Birkin was entirely covered in Swarovski crystals that were arranged in the shape of a rainbow. "Cardi and Kulture were at Claire's, of all places," said Privé Porter CEO Michelle Berk of the inspiration behind the custom purse. "Kulture saw a small bag with a rainbow and started begging for it." To meticulously place each crystal (more than 30,000 were used to complete the piece!) required 100 hours of work.

On Aug. 23, Beyonce and JAY-Z were revealed as the faces of Tiffany & Co.'s new "About Love" campaign — and the singer made history doing it. Beyonce became the first Black woman to ever wear the incredible 128.54-carat Tiffany Diamond and only the fourth woman ever to don the jewel — fitting, considering four is her lucky number. (The other three women are Mary Whitehouse, the wife of American diplomat Edwin Sheldon Whitehouse, Audrey Hepburn and Lady Gaga.) Bey took to Instagram to share stunning photos from the campaign, including this one, which shows her in a Hepburn-inspired black gown with sheer opera gloves and a classic updo standing in front of a never-before-seen 1982 painting, "Equals Pi" — which features a background in Tiffany blue — by famed artist Jean-Michel Basquiat from Tiffany's private collection.

And The Weeknd's real-estate profile keeps on growing! On Aug. 21, DailyMail.com reported that the Canadian crooner dropped a cool $70 million in an off-market deal to purchase an expansive mansion in Los Angeles's exclusive Bel Air neighborhood. The deal, which has since been recognized as one of the largest to have closed in L.A. this year, gave him the keys to an estate that includes a music studio, an infinity pool, nine spacious bedrooms and 13 bathrooms. According to the Wall Street Journal, the property's previous owners — Dutch actor and production company founder Reinout Oerlemans and wife Danielle — hadn't planned on selling their place until the "Blinding Lights" singer's agents approached them with an offer. The couple purchased the home in 2015 for $21.4 million.

Paris Hilton's extravagant wedding attire plans are… a lot. The reality TV star and DJ will soon be marrying venture capitalist Carter Reum and filming it for her upcoming Peacock series "Paris in Love." The nuptial celebrations will not only take place over the course of three days, she revealed in August, but will also feature a lot of wedding dresses. "It's gonna be like, a three-day affair. We have a lot happening," Paris told Jimmy Fallon on "The Tonight Show" on Aug. 17. "Lots of dresses, probably 10," she told the host, adding, "I love outfit changes." Carter, on the other hand, will not be changing as many time as his bride. "He's not as high-maintenance as I am," Paris admitted. Paris and Carter — whom she refers to as her "Prince Charming" in her YouTube documentary, "This Is Paris" — were first linked in January 2020. They became engaged in February 2021.

Ben Affleck: the ultimate birthday gift-giver! The Oscar winner partnered with not one but two luxury jewelry designers to make a custom piece to gift to girlfriend Jennifer Lopez for her 52nd birthday in late July. The price point of the piece in question? Just under $45,000. "Ben wanted to get something really special for her birthday. He wanted to put together a meaningful story. He didn't just get her the biggest diamond he could find, he wanted to say something about their relationship," said Beth Bugdaycay, who helped design the piece with Murat Bugdaycay and Ben. J.Lo debuted the stunning gift, which was comprised of an eclectic mix of jewelry that incorporated a key, pendants, charms and chains, in an Instagram post that featured a series of photos from her birthday celebrations. "The way Ben put the necklace together is really meaningful," said Beth.

Cardi B isn't the only celebrity who's spent a pretty penny on a crystal-emblazoned Hermès Birkin bag! On Aug. 13, Page Six reported that Paris Hilton made her "biggest splurge" ever when she ordered a custom pink Birkin decked out in crystals. "I love Hermès, and I love this bag," Paris said. The bag, which was showcased in her ELLE closet tour, perfectly encapsulates the heiress. "If I was a bag, this would be me," the "Cooking With Paris" star said, adding that it was covered in "over 60,000 Swarovski crystals." While the DJ-entrepreneur said she "can't remember how much it cost," the bag's estimated value was $65,000 when she bought it in 2018.

When does quarantining come with perks? When you're visit Oprah Winfrey! While chatting with bestie Gayle King and a fan for Oprah Daily, the media mogul shared that she requires everyone who visits her — including those who've already received a COVID-19 vaccine — to quarantine in the guest cottage on her luxury estate for a minimum of five days then take a COVID-19 test before they can spend time with her. "You have to quarantine for at least five days. You're traveling on the plane, you have been here a couple of days and now can be tested so yes I am doing that," Oprah told Gayle. She continued, "That's the rules in the house, yes. I have girls coming for spring break they're going to have to quarantine in the guest house for five days."

On Aug. 3, Quavo took to Instagram to share a photo of his assistant, Joshua Washington, holding an umbrella over the Migos rapper and a portable fan to keep him cool. "5k a Day My Asst. A Millionaire!" the "Bad and Boujee" actor captioned the snap. Now that's a job we wouldn't mind having!

We can all totally relate to living luxuriously aboard a spacious yacht, right?! According to Page Six, model Miranda Kerr and billionaire husband Evan Spiegel, the co-creator of Snapchat, were seen relaxing on their new 311-foot mega yacht in the Mediterranean alongside sons Hart and Myles and Miranda's son with ex Orlando Bloom, Flynn, in August. The extravagant hybrid eco-friendly boat, which cost a reported $250 million, reportedly took three years to complete and includes three pools, nine bedrooms and a spa.

T.I. is seriously embracing his whole "Live Your Life" motto! To celebrate his 11th wedding anniversary with wife Tameka "Tiny" Cottle, the rapper bought her a super-luxurious vehicle: a Maybach! T.I. took to Instagram to share a video of the surprising reveal. "Feeling a lil rich this week….. Happy 11th anniversary Mrs H." he captioned the clip. 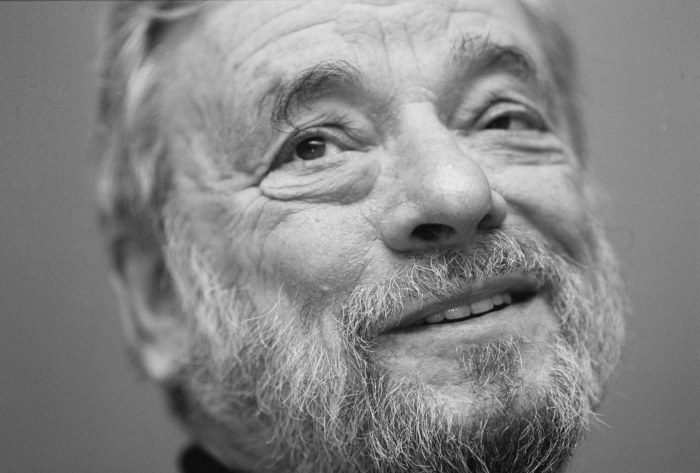