In the late 1990s and early 2000s, the cast of "Dawson's Creek" became household names for a generation of teenagers. Now 20 years have passed since the teen drama's premiere, and its stars are still at the center of tabloid stories. Below, Gossip Cop looks back at five wrong rumors about Katie Holmes, Michelle Williams, Joshua Jackson and James Van Der Beek. 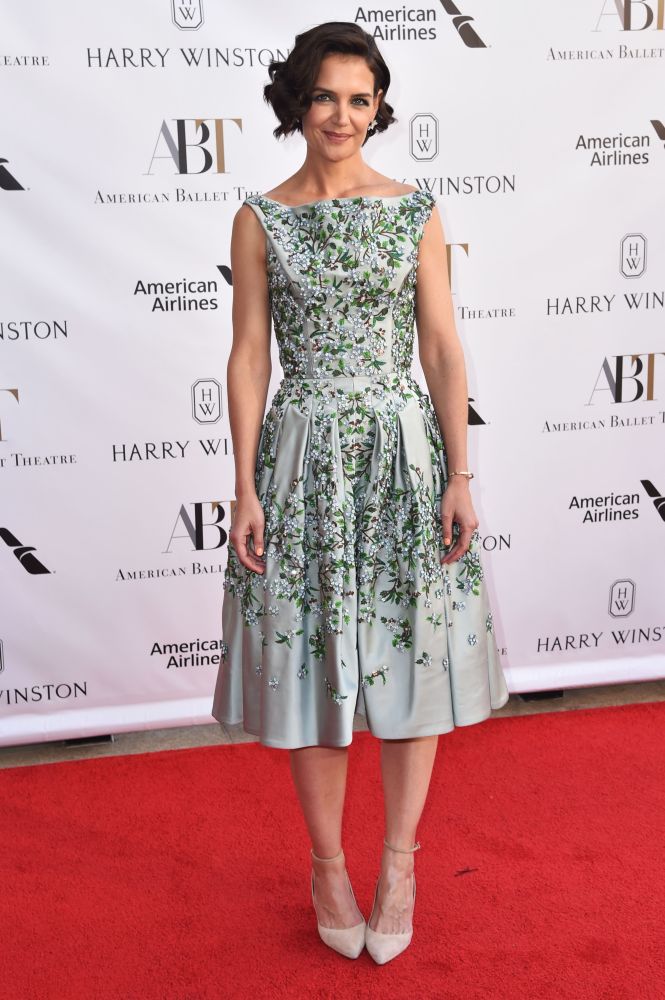 Back in 2012, the National Enquirer peddled a story contending plans for a "Dawson's Creek" reunion movie were "torpedoed," all thanks to Holmes' then-husband, Tom Cruise. The publication cited an alleged "pal" of the actress, who maintained "producers were lining up writers to create a script until Katie bowed out" at Cruise's supposed insistence. It appeared, however, that the narrative was only concocted after Van Der Beek and Williams had expressed interest in potentially doing a reunion of sorts. That weren't any actual plans in the works, and a rep for Cruise denied he had any say in such a project, anyway. Weeks later, Holmes filed for divorce, and it wasn't until nearly six years later that she and the cast finally reunited. Time proved that Cruise wasn't the hold-up at all, just as Gossip Cop had said.

In 2013, Dawson Leery was no longer the only man Holmes and Williams had in common. Star claimed the former co-stars' friendship was "up Dawson's Creek" over Luke Kirby. The actor had appeared with Williams in Take This Waltz, and was then working with Holmes on Mania Days, which was later retitled Touched With Fire. The tabloid alleged that not only were Holmes and Kirby in a blossoming relationship, but that Williams was "determined to ruin" to the romance. Kirby was said to be "stuck in the middle" but committed to exploring things with Holmes, prompting the magazine to declare, "Katie: 1, Michelle: 0." As Gossip Cop rightly said then, however, it was the outlet itself that struck out because, as we had already repeatedly reported at the time, Holmes and Kirby weren't even dating. Their dynamic was strictly professional, much like his with Williams. This faux love triangle was actually nonexistent, with a Williams source telling us she wasn't advising Kirby on his love life regardless.

The focus turned to Williams' own personal life in 2014, when RadarOnline alleged Busy Philipps, who became best friends with the Oscar nominee through "Dawson's Creek," was trying to set her up with Jake Gyllenhaal. "Busy's been trying to match-make them for a good year now," a so-called "source" was quoted as saying. This purported tipster went on, however, to claim Philipps wasn't "really taking into account that Jake would have an issue with dating the ex of his late close friend," Heath Ledger. The two actors famously starred together in Brokeback Mountain, along with Williams. Gossip Cop was suspicious for a number of reasons: There had never been any indication prior to this that Williams and Gyllenhaal could be a romantic pairing, and the quotes were worded very unnaturally. In addition, Philipps' last name was misspelled throughout the article. It also wasn't clear why Williams and Gyllenhaal would need her to play "matchmaker" when they already knew each other quite well. Our doubts were confirmed when a Phillipps insider deemed the story "made-up" and "not true." Sure enough, no relationship ever transpired.

More recently, the website returned to the subject of "Dawson's Creek" this past March, with an article that asserted Holmes was "reigniting" a friendship with Van Der Beek to make Jamie Foxx "jealous." Though the blog acknowledged Van Der Beek was married, it still alleged "sparks are flying" between the former co-stars. It was even said the actor still felt "like there could be chemistry between them." At the time, Gossip Cop explained that the real reason Holmes and Van Der Beek were back in touch had nothing to do with Foxx, but pure nostalgia: They were taking a trip down memory lane due to their former show's milestone anniversary. And not only did a rep for Van Der Beek tell us that the implication there was an inappropriate relationship brewing with Holmes was "totally false," but a confidante, who wasn't authorized to speak on the record, promised, "Radar is going to look really stupid in a few days." Just one day later, Entertainment Weekly released its surprise "Dawson's Creek" reunion cover story after secretly reuniting Holmes, Van Der Beek, Williams, Philipps, Jackson and more of their beloved co-stars.

That was further proof that the only thing going on between Holmes and Van Der Beek was reflections on their shared past. But the cast reunion then prompted a new storyline, as a number of tabloids tried putting another couple together. Star, for example, did a whole cover story in April contending Holmes had dumped Foxx to get back together with Jackson, whom she dated in the early days of "Dawson's Creek." It was alleged that once the former on- and off-screen lovers "locked eyes" again at the EW shoot, they were "back in action." But the tale was so off-base that a rep for Jackson exclusively told Gossip Cop it was "hilarious." Holmes' own spokesperson told us "none" of the claims were "true," and stressed that apart from the anniversary reunion, she and Jackson weren't in touch. That's become evident when Holmes and Jackson weren't seen together even once in the last two months.

For a show that premiered in 1998, "Dawson's Creek" still has a strong foothold in the world of pop culture, thanks in part to the gossip media. The series made big stars of its young cast members, which has seemingly given the tabloids liberty to made-up stories about their personal lives for the last two decades. The examples cited above, which are from the past six years, are actually just a fraction of the claims Gossip Cop has busted about this group of famous faces. And we'll continue to call out any wrong rumors about Holmes, Williams and the rest of the cast going forward.

Kate Hudson NOT "dumped" while pregnant, despite report