Justin Bieber has had one high-profile serious relationship, but that hasn't stopped the gossip media from falsely linking him to a ton of women over the years. In fact, the superstar has been inaccurately tied to so many models, actresses and singers, Gossip Cop decided we had to limit this look-back just to the last two and a half years. And even then, the five wrong rumors below are just a sampling of the untrue stories we've busted during that time. 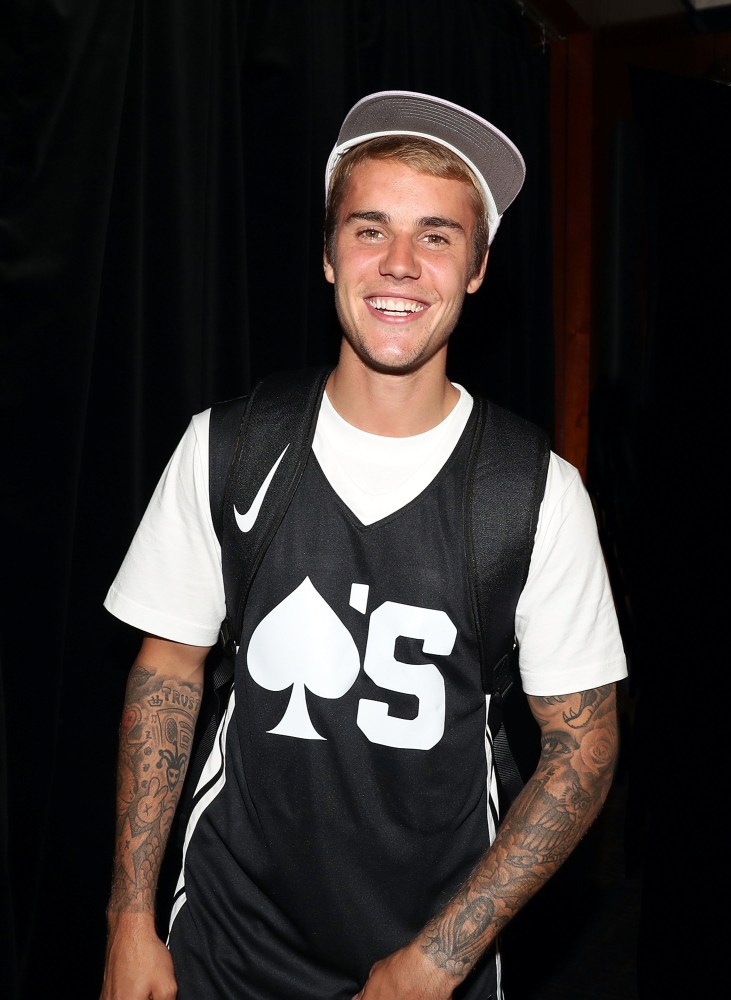 In the fall of 2015, NW claimed Bieber's "red-hot fantasies" about Britney Spears "became a reality when they locked lips at his MTV Video Music Awards afterparty." The tabloid, which was the only outlet reporting this purported hook-up, quoted a so-called "insider" as saying, "She and Justin were all over each other!" But this was the magazine's fantasy, not Bieber's. When Gossip Cop investigated, we learned that Spears didn't go to any after-parties for the VMAs. In fact, she didn't even stay for the entire awards show. Spears left after presenting the night's first honor. The story was a complete fabrication.

The following summer, the Daily Mail made a double oops when it suggested Bieber was romantically involved with Ashley Benson and DawnChere Wilkerson, with whom he was seen spending time in Miami. Based solely on paparazzi photos, the paper wondered, "Who has his heart?" The answer, as Gossip Cop explained, was neither of them. Bieber and Benson's time hanging out over the Fourth of July weekend included Ryan Good, Benson's on-and-off boyfriend and Bieber's close friend. Wilkerson, meanwhile, had been deemed a "mystery blonde," with the outlet speculating she "could have been the girlfriend of one of his friends, or she could have been a new love interest." In actuality, she was and still is the wife of Rich Wilkerson, a pastor favored by a number of stars. And he was on the trip, too.

Only weeks later in 2016, Celeb Dirty Laundry alleged Ariana Grande had her "sights set on" Bieber in the wake of her breakup with Ricky Alvarez. Though the pair, who share a manager, had been strictly friends for years, the website claimed a "connection" had been "swirling for some time now," and predicted a "Bieber hookup" was in the offing. The blog even asserted fans were "practically salivating at the thought of seeing the two canoodle on the red carpet" at that year's VMAs. Unsurprisingly, though, the site offered no proof, not even a "source," to back its contentions up. It had also previously falsely blamed Bieber for Grande's split from Big Sean. Much like that tall tale, Gossip Cop was assured this one was "wrong" and "stupid." We were proven right when no romance blossomed, and Bieber didn't even attend the VMAs.

By the spring of 2017, it was Hailee Steinfeld who was being thrown into Bieber's orbit. TMZ, considered by many to typically be reliable, erroneously claimed they had been secretly dating for "a little over a month," after being "introduced" by Carl Lentz of Hillsong Church. The only evidence the website could offer, though, was an image in which Bieber and Steinfeld appeared to be FaceTiming. Of course, that wasn't proof of relationship between them. And a mutual pal of ours and the actress-singer insisted there was "zero truth, none whatsoever" to the report. Last month, Gossip Cop pointed out that a full year had passed since it was alleged Bieber and Steinfeld were dating, and the passage of time showed how untrue the contention was.

TMZ then stepped in it again last June, almost exactly a year ago, when it offered a post about Bieber finding a "nice chick" in France. The online publication described the woman as a "brunette beauty," and suggested the performer was a "fan of three's company" because they were also joined by a young girl who seemed to be "tagging along." Opined the site, "Looks like he made the most of an off day from performing." The implication that Bieber was on a romantic outing couldn't have been more wrong. As Gossip Cop reported at the time, the "nice chick" was Lentz's wife, and the "young girl" was the couple's daughter. There was pretty much no excuse for the blog not realizing this, considering Bieber was regularly seen hanging out with Lentz and his wife, including in New York the month before. After our bust, the website updated its inaccurate story to tell readers there was actually "nothing to see here."

Amidst all of this, Bieber has had an on-and-off relationship with Selena Gomez, as well as hookups with Sofia Richie and Hailey Baldwin. Most recently, he and Baldwin have been showing PDA in multiple states, but as E! Online reported about Bieber and Baldwin's relationship status last week, they're currently without a "label." That hasn't stopped the rumor mill from churning, though. Gossip Cop will continue to tell fans what's real and what's not as needed.