For whatever reason, the tabloids allege that Nicole Kidman is feuding with a female co-star on the set of just about every project she does. Gossip Cop consistently debunks these baseless claims. Here are five wrong rumors about the actress's nonexistent feuds. 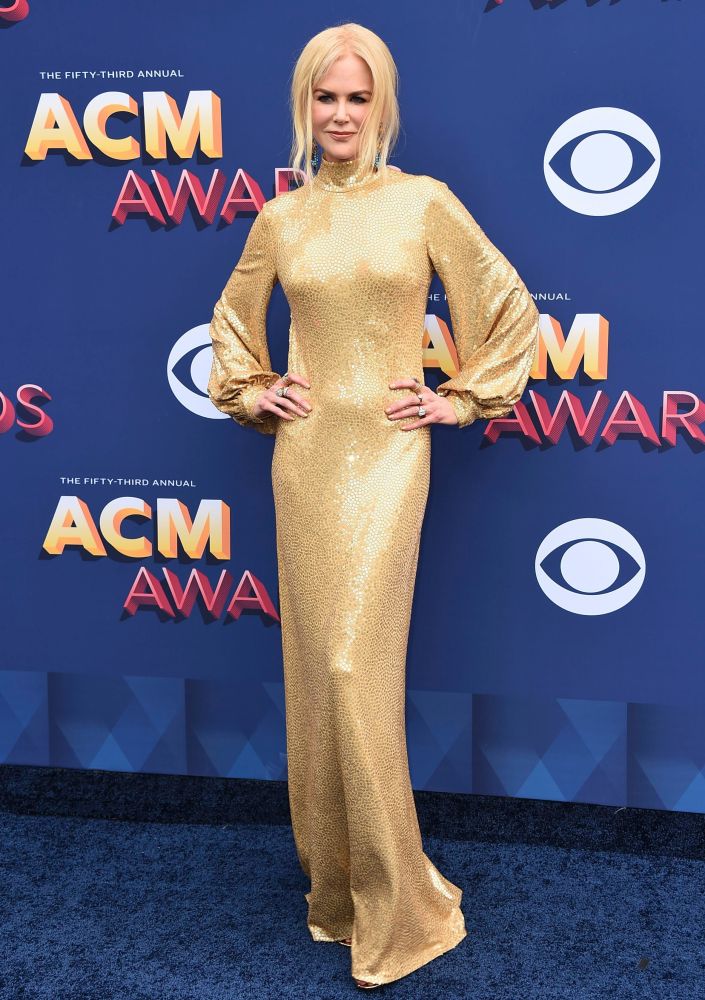 Several tabloids have falsely claimed that Kidman feuded with Meryl Streep while shooting the second season of "Big Little Lies." The most recent variation on the theme came last month from Woman's Day, which said the actresses were having "a war of egos" on set. The magazine further contended that Kidman was worried about her legendary co-star overshadowing her. Not only did reps for both stars tell Gossip Cop on the record that the story was bogus, but around the same time the article was published, Kidman paid tribute to Streep on Instagram in honor of her birthday. "Happy Birthday to the divine Meryl Streep! I have loved working with you again," the actress wrote along with a photo of the two at a Golden Globes ceremony.

In January, Gossip Cop busted New Idea for wrongly reporting that Kidman was jealous of Margot Robbie and avoided her at the Gotham Independent Film Awards. "To have two of the biggest Aussie stars in Hollywood at the same event not even exchange pleasantries is unheard of," said the outlet. What the tabloid didn't mention is that the actresses posed together on the January cover of W magazine. The following month, Kidman and Robbie sat together at Calvin Klein's New York Fashion Week show. It's clear the Aussie actresses are quite friendly.

Last year, Gossip Cop debunked more than one story about Kidman feuding with Amber Heard on the set of Aquaman. One of the supposed issues between the two was said to be jealousy, and it was also alleged that Kidman was angry about the way her co-star treated Johnny Depp during their divorce. When the articles emerged, a rep for Kidman assured us they were untrue, and that's been definitively proven with time. This past April, Heard praised Kidman during an interview at CinemaCon in Las Vegas, referring to her co-star as "one of the most beautiful, soulful, incredibly kind-hearted women." And earlier this month, People reported that Kidman and Heard "couldn't stop laughing" during the Aquaman panel at Comic-Con.

Several tabloids have also made up stories about Kidman feuding with "Big Little Lies" co-star Reese Witherspoon. The first one was published in March 2017 by Star, which claimed that Witherspoon felt her co-star wasn't doing enough to promote their show. Similar reports followed, most of them pertaining to alleged jealousy. However, reps for both Witherspoon and Kidman have dismissed all of these feud rumors. In the time since the bogus reports were written, the co-stars have been spotted spending a lot of time together while they're not working. In June, Kidman and Witherspoon went bowling with their "Big Little Lies" co-stars, including Streep. Meanwhile, Kidman revealed in an "Extra" interview earlier this month that Witherspoon surprised her with an ice cream truck to celebrate her birthday on set.

And finally, Gossip Cop called out Star in 2016 for falsely claiming that Kidman got into a heated fight with Elisabeth Moss on the set of their TV series "Top Of The Lake." Moss is a Scientologist, and according to the magazine, she went off on Kidman and accused her of hurting Tom Cruise's reputation. However, when the show aired the following year, Moss gushed over Kidman in an interview. "I had one of those moments on set when I had to remind myself to be professional, and not be like 'Oh my God, it's Nicole Kidman!'" said Moss, who also called her co-star "really passionate and enthusiastic."

Kylie, Kendall Jenner NOT in 'rivalry' over boyfriends & fame, despite report