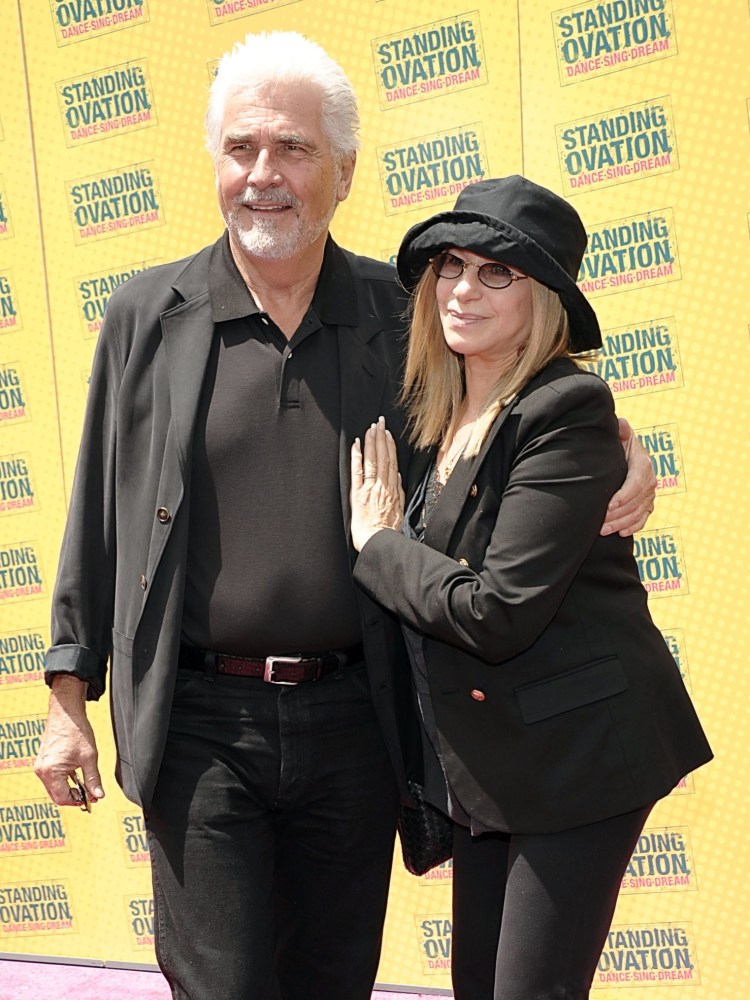 A supposed source tells the National Enquirer, "Barbra thinks they're at a place in their lives when they should be focusing on each other – not extending their professional resumes." The questionable insider further alleges the singer is dealing with health issues, which is the primary reason she wants Brolin to quit acting. "Barbra is furious that she's dealing with these problems by herself while James seems more focused on work."

Brolin is currently co-starring on the CBS sitcom "Life in Pieces," and according to the suspicious tipster, he's loving his "career resurgence," but it's making his wife "berserk." Although the show is about to wrap its fourth and final season, the "source" maintains that the actor is going to start throwing himself into film projects. "Barbra wants him to stop working now and focus on her, but he's loving being a star again," adds the seemingly phony source."

The tabloid's premise doesn't make a whole lot of sense, considering Streisand herself isn't retiring. The legendary performer has concert dates in London, New York and Chicago lined up over the next few months. Still, Gossip Cop checked in with a source close to the situation, who wasn't able to speak on the record, but assures us the magazine's article is fabricated. We're told the singer has always been supportive of her husband's career and isn't pushing him to quit acting.

Meanwhile, Gossip Cop busted the Enquirer last week for falsely alleging Streisand's friends fear she's headed for a heart attack. The outlet touches upon those supposed health issues in its latest article, but they weren't true last week and they're no more accurate now. The singer is perfectly fine and still performing.

Back in November, Gossip Cop called out the publication for wrongly reporting that Streisand and Brolin were getting a "$400 million divorce." The magazine contended that the singer was tired of her husband supposedly hitting on other women, while he was sick of her controlling attitude. Nothing about the story was remotely true. The happy spouses are going strong as they prepare to celebrate their 21st wedding anniversary next month.

And around this time last year, Gossip Cop debunked a story in the tabloid's sister outlet, Star, which said Streisand and Brolin were having marriage problems because she wouldn't stop renovating their house. The gossip media simply has zero insight into the couple's relationship.

Angelina Jolie Wants Keanu Reeves To Join 'The Eternals' So She Can Date Him?