Is Ben Affleck moving back into Jennifer Garner's guesthouse so that he can focus on his sobriety and be present for their three kids? That's the claim in one of this week's tabloids. Gossip Cop looked into the situation and we've learned the truth. 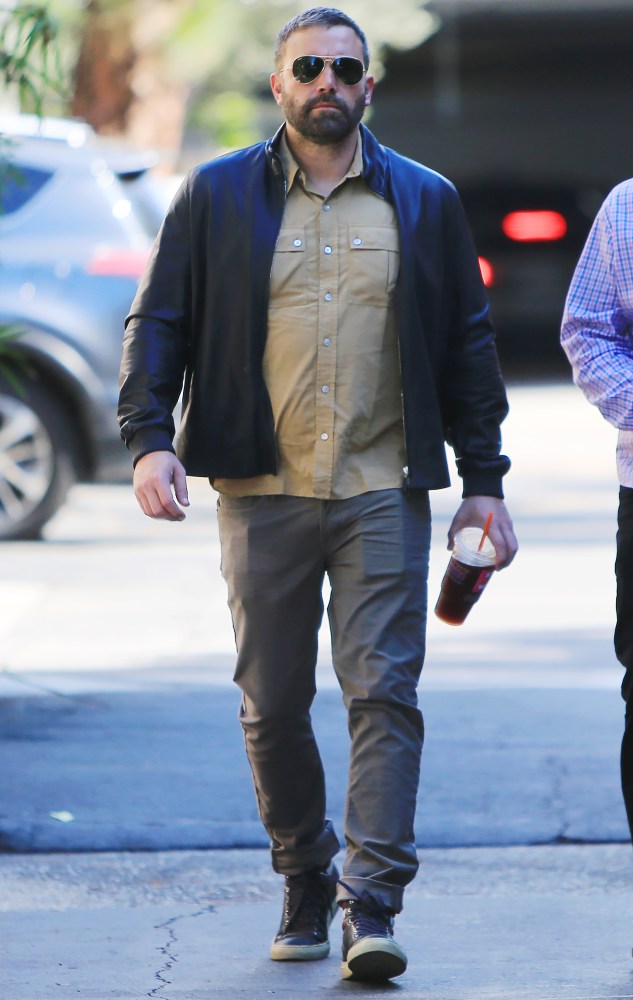 The actor had been staying in the guesthouse of his ex-wife's Los Angeles home for nearly two years after they separated, but moved out in April 2017 and purchased a property in the same neighborhood. According to OK!, however, the actor is headed back to his ex's guesthouse following his most recent stint in rehab.

An alleged insider tells the magazine, "The plan is for him to return to the property around the holidays. She can keep a better eye on him this way. There are just too many temptations at his own house." This story doesn't make much sense from the start. Affleck checked out of a rehab last week following a 40-day stay. If Garner wants to keep tabs on her ex-husband, why exactly would she wait until the holidays to do it? The outlet gives zero explanation as to why he wouldn't just move back in immediately.

Here's what's really happening. Affleck is already back at his own house following his stay at a treatment facility, so the tabloid is buying itself time by claiming he's moving in with Garner "around the holidays." The publication is likely hoping that readers forget about the claim by the time Thanksgiving rolls around.

In addition to the tabloid's premise being completely illogical, it's also based on claims from an anonymous and untraceable "source." Gossip Cop, however, checked in with Affleck's rep, who tells us on the record that he has no plans to live in Garner's guesthouse again. The actor will remain in outpatient care, but not on his ex-wife's property.

Last week, "Entertainment Tonight" reported that Affleck will "stay in treatment for the foreseeable future." This includes attending therapy and working with a sober coach. The reliable celebrity news outlet made no mention of the actor relocating to Garner's guesthouse.

Meanwhile, OK! has proven to have very little insight into the relationship between the ex-spouses. In August, Gossip Cop busted the magazine for wrongly reporting that Affleck and Garner were "back together" after he agreed to her "rehab ultimatum." In reality, the ex-spouses finalized their divorce as soon as he left his treatment facility. This latest article is more fiction from the unreliable tabloid.