Beyonce and Jay-Z are still together, despite a divorce rumor from exactly a year ago. Gossip Cop originally busted this claim on July 28, 2017. Now we can explain how the passage of time has helped further prove it was wrong.

This time last year, the National Enquirer told readers Beyonce was on the verge of a $1 billion divorce, and a parenting clash over daughter Blue Ivy was to blame. The supermarket tabloid accused the superstar of "pushing Blue Ivy to the catwalk" and pushing husband Jay-Z "further away." The couple was said to be arguing over whether their young daughter should pursue modeling. 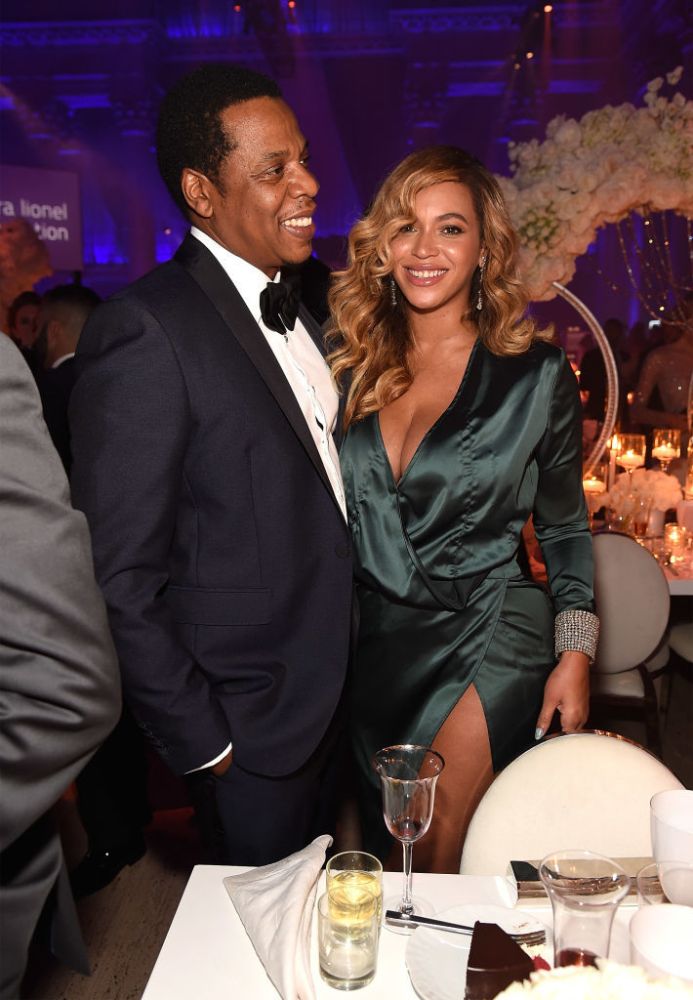 The magazine claimed Jay-Z was objecting to Blue Ivy's "glamorous red carpet appearances," because he knew "where this is all going and Beyonce hasn't made a secret of it." But a so-called "insider" maintained the singer felt "like modeling would be a perfect springboard for Blue Ivy to achieve success in other ways." The couple allegedly "blew up" at each other, though no specifics were given about a possible divorce.

What's more, the article contained a glaring factual error. The outlet claimed this potentially marriage-ending dust-up was taking place "just two weeks after the birth of [their] twins." But as the birth certificates for Rumor and Sir show, they were born about a month and a half before this tale was peddled. The publication wanted readers to believe it had a "shocking scoop," but couldn't get basic facts right or back up its divorce premise.

Now 365 days have gone by, and its abundantly clear the couple hasn't divorced, nor have they stopped Blue Ivy from being in the spotlight. This past March, for example, Blue Ivy joined Beyonce and Jay-Z on the red carpet for the Wearable Art Gala. She also sat in the front row at the 2018 Grammys. And in more evidence that her famous father doesn't object to his little girl being on display, Jay-Z put Blue Ivy in his "Family Feud" music video.

It's also worth remembering that even longer than 12 months ago, in January of 2017, this same tabloid also claimed Beyonce and Jay-Z were on the brink of a "billion-dollar divorce." So egregiously wrong was that article, Gossip Cop named it one of our top rumors of 2017. Showing their continued unity, and further underscoring how bogus these tales were, Beyonce and Jay Z are currently on their "On The Run II" tour, which is scheduled through early October.

Khloe Kardashian "trying for baby no. 2" with Tristan Thompson?