Beyonce is not pregnant with twins again, despite a report claiming she and Jay-Z have two more kids on the way. Gossip Cop can debunk the untrue story. As we've already reported, the singer is not expecting. 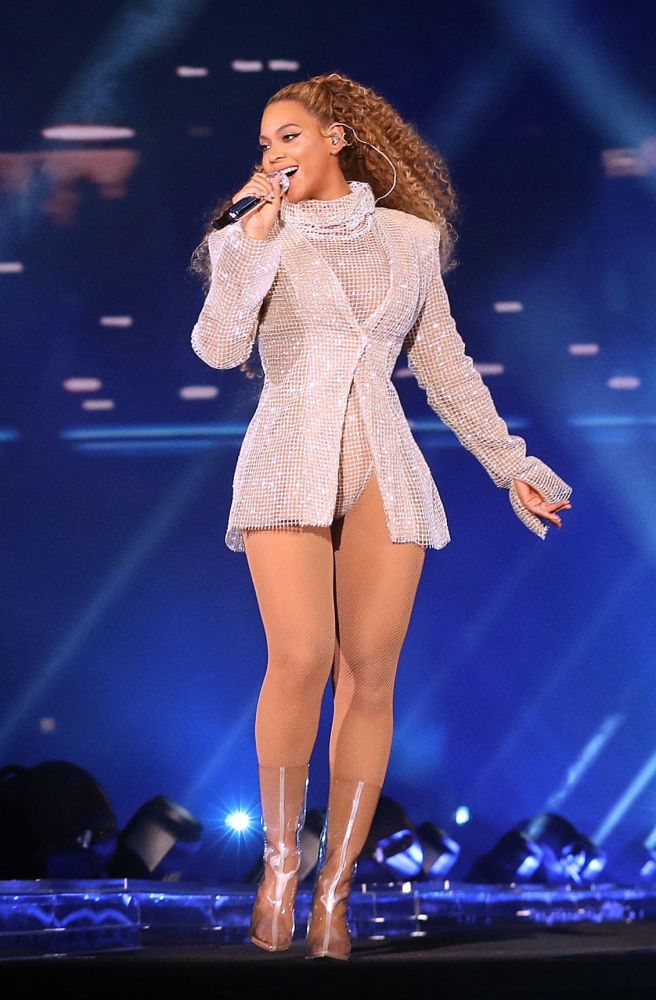 But the National Enquirer alleges, "Beyonce and Jay-Z, in a stunning move to save their troubled marriage, are expecting again — and it's twins… again!" A so-called "insider" is quoted as saying, "Bey and Jay are thrilled they're expecting and happier still that it's twins." While the couple has never publicly said whether twins Rumi and Sir, who were born last year, were conceived with IVF, the supermarket tabloids maintains "both sets of twins are the result of in vitro fertilization."

"She went to a specialist for IVF treatment," an unnamed "source" tells the magazine, claiming, "Bey's 36 and she doesn't want to put her body through more pregnancies if she doesn't have to. She likes this two-for-one deal." The outlet acknowledges she and Jay-Z are currently on tour through early October, but insists the "baby news" won't "interfere" with those plans. Contends the untraceable snitch, "Bey found out about the babies in the early part of the tour, and she and Jay have decided to move forward with it so they wouldn't disappoint their fans."

A "strict diet" and "plenty of rest" will supposedly help Beyonce keep up with her obligations. And the publication asserts the pregnancy "couldn't have come at a better time" for the couple, after previously suffering through marital woes. On that subject, Gossip Cop would like to remind readers that last week marked a full year since this same tabloid wrongly insisted Beyonce and Jay-Z were on the verge of divorce.

The magazine often pretends to have insight on the superstars, but is usually proven wrong. And fans shouldn't think the unidentifiable "source" and "insider" presented here are legitimate just because they refer to Beyonce by one of her nicknames. Anyone truly close to the performer would not be discussing her personal life, particularly a pregnancy, with the gossip media.

But Gossip Cop can point to readily available evidence that shows she isn't currently expecting. While the outlet claims she has a "baby bump," brand new photos of Beyonce at her New Jersey concert on Thursday indicate her stomach is largely flat. There is no "bump" protruding (see picture above). And just over a month ago, Beyonce posted a video on Instagram that suggested she was drinking beer, with a half-empty bottle of Corona sitting by her side. According to the outlet's timeline, that would've been after she supposedly "found out about the babies."

Even the mom of three's upcoming schedule is a sign she doesn't have kids four and five on board. In December, Beyonce and Jay-Z will perform in South Africa at a Global Citizen event being held in honor of the late Nelson Mandela. Pregnant women are advised not to travel to South Africa due to the risk of malaria. Also, going by the publication's timing, Beyonce would be at least six months pregnant by that point, which would make such a trip impractical.

Gossip Cop noted much of this last month when MediaTakeOut similarly announced Beyonce was pregnant. When the claims are looked at logically, it's clear they don't hold up.