Has there ever been a celebrity more delightfully wacky than Bill Murray? The Internet is littered with tales of the comedian's strange and too-good-to-be-true encounters with his fans. In honor of his 64th birthday on Sept. 21, we're taking a look back at a few of the "Groundhog Day" star's best random encounters with his adoring public, starting with a Sept. 13 birthday dinner-turned-dance-party during which the Oscar nominee was caught on camera busting a move to DJ Snake and Lil Jon's "Turn Down for What." In addition to showing off his impressive moves, Bill gamely posed for photos with his fellow revelers — including chef Brett McKee — at the private dinner at a friend's home in the suburbs of Charleston, S.C.

RELATED: '80s and '90s summer blockbuster stars: Where are they now?

In May 2014, Bill Murray happened to be dining at the same Charleston, S.C., steakhouse as a bachelor party of about 20 Boston College alums. The night went from awesome to epic when the "Lost in Translation" star joined the stag party to impart his wisdom on marriage and bachelor parties — "They're for the un-engaged!" The incident was, of course, caught on camera in all its glory.

Bill Murray isn't just available for bachelor parties. He's also available for engagements! In June 2014, the "Ghostbusters" star crashed a newly engaged couple's engagement photo shoot in downtown Charleston, S.C. "I turn around and I see Mr. Murray standing there with his shirt pulled up and belly proudly on display which he is patting pretty loudly in an attempt to make the couple laugh," the photographer blogged. "I invited Mr. Murray to join the couple for a quick shot — he obliged and congratulated them and went on his way."

In addition to acting and party crashing, Bill Murray also counts kickball among his many skills. In October 2012, he spontaneously appeared at an adult kickball game at Roosevelt Island's Firefighter Field in New York City. According to player Chris DiLella, the Oscar nominee "popped out of nowhere" before briefly joining the game. "He was bouncing the ball … ran over to second base. Played for a bit … Gave us all high-fives and let us pose with him in the picture," he told Entertainment Weekly. The actor then approached the woman behind the camera and "picked her up in his arms" before leaving with his three teenage sons.

If you know anything about Bill Murray, you know he loves karaoke — especially karaoke with strangers. In January 2011, the comedian and a date reportedly joined a group of fans in their private room at Karaoke One 7 in New York City for a night of Elvis covers and "random French songs," a fellow patron alleged to comedy site The Chive. Is this story fact or fiction? Take a look at the photos and decide for yourself!

In October 2006, Bill Murray found himself in a scenario straight out of "Lost in Translation." According to the U.K.'s the Telegraph, during a night of partying in St. Andrews, Scotland, following a celebrity golf event, the Oscar nominee connected with a Norwegian student and accompanied her to a college house party, where he proceeded to cook, drink vodka out of a coffee cup and wash dishes. "It was really funny because he was pretty old compared with all the other people there, but he was so relaxed and it was really amusing when he started to wash up," Bill's companion for the evening reportedly told the Telegraph.

In 2010, Bill Murray popped up at SXSW, the annual music and film festival in Austin, Texas. After a night of taking in the city's live music offerings, the "Rushmore" star headed to the Shangri-La for drinks. Eventually, he jumped behind the bar, taking orders — which he ignored — and serving tequila shots to a few lucky patrons. "I found myself bartending with a 'Ghostbuster.' It was pretty flipping sweet," gushed one (certified!) bartender.

Bill Murray helped answer the age-old question, "What do babies think of Bill Murray?" at a golf tournament in St. Andrews, Scotland. In May 2013, one lucky mama submitted this photo of her son crying — because "He met Bill Murray." — to comedy blog Reasons My Son Is Crying. Maybe the bummed-out baby was just trying to commiserate with the occasionally cranky comedian?

It shouldn't come as a surprise that Bill Murray has a soft spot for poetry — or for playing jokes on the unsuspecting public. In May 2009, he joined a group of construction workers at the new site of New York's Poets House for the national poetry library's first official poetry reading at its new location. We've never seen a group of men look so simultaneously amused and annoyed.

According to New York Daily News columnist Joanna Molloy, Bill Murray once took a family of fans — a mother and her two kids — to dinner on Christmas Eve after he snapped at them when they asked for a photo during an encounter at a store. Wrote Molloy: "The mortified mom grabbed her kids and left. She'd just loaded her children into her Jaguar when Murray came knocking on the window. He let himself into the car, sat down, and apologized. … Murray asked if he could make it up to everyone by taking them to dinner." According to the columnist, the Oscar nominee didn't know until years later that the random woman who joined him for dinner that night was Colombo mob princess Joanne Persico!

In June 2012, Bill Murray turned Riley Park into his own personal oversize slip-and-slide during a rain delay at a Charleston RiverDogs minor-league baseball game in Charleston, S.C. The comedian took the field to slide into home plate on the giant tarp protecting the grass. If Bill Murray wants to slip-and-slide, who's gonna stop him? (It doesn't hurt that he's a part-owner of the RiverDogs franchise!)

Bill Murray may be a comedian, but he's real serious about sports. During an appearance on ESPN's "College GameDay" in October 2013, the "Meatballs" star body slammed Lee Corso when the analyst disagreed with the actor by picking the Florida State Seminoles to beat Clemson University. The only thing better than Bill's spontaneous antics is his ensemble. We especially dig his Piggly Wiggly T-shirt. 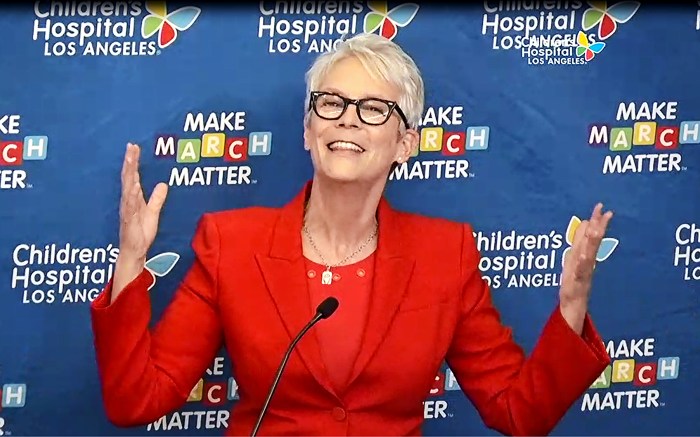 Up Next Do Gooder