Is Brad Pitt going back to school? A new report claims the actor wants to "impress" Neri Oxman by furthering his education. But a rep for the star confirms to Gossip Cop the tale is made-up. 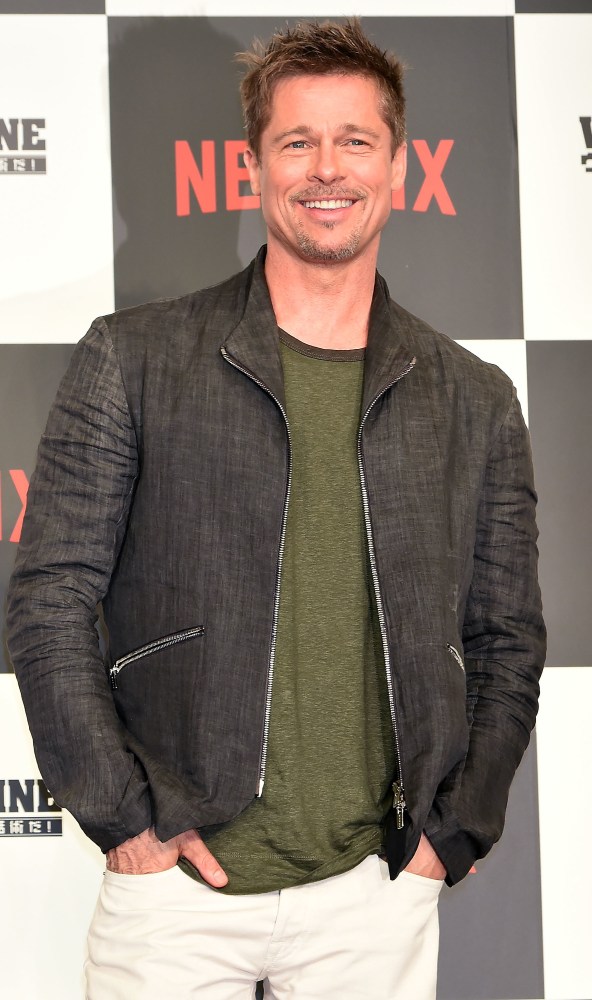 The narrative comes from Naughty Gossip, which offers falsehoods right from the get-go by beginning, "Brad Pitt is head over heals in love with his new girlfriend, MIT professor Neri Oxman." As first reported by Page Six, Oxman is not Pitt's "girlfriend." They are also not in any kind of romantic relationship where he would be "in love" with her. But using that untrue premise, along with the contention that Pitt's pals are "comparing" Oxman to "super smart Amal Clooney," the blog alleges he's "going back to school to impress her."

The site quotes unnamed and untraceable "sources," who collectively assert that the "beautiful and smart" Oxman has "no intention of giving up her studies and teaching," but Pitt is "finding out why intelligence is so much more sexy than anything." As such, the outlet purports to have unidentifiable "insiders," who maintain that "although Brad is no dummy, he wants to step up his game and is enrolling in several classes to prove that he is not just a pretty face."

Tellingly, though, there's a lot of key details missing from this report. For starters, there's no acknowledgment that Pitt attended the University of Missouri, but dropped out two weeks before graduation. At the time, he had been studying journalism and advertising. So, would Pitt return to his alma mater? Would he be focusing on media studies again? Or will the "classes" be in another subject area? Is he "enrolling" in a school near Los Angeles, where he lives, or is he planning to do remote learning through online courses from the University of Phoenix?

While it's not out of the realm of possibility that Pitt could explore his ongoing interest in architecture and design by taking a course of some sort, this article is so vague because it's a fabrication, his rep confirms to Gossip Cop. The only truth it contains is that Oxman has, in fact, been compared to Amal Clooney. But George Clooney didn't go back to school to woo her, and there's no evidence Pitt has any intention of doing so to "impress" Oxman, either.

Gossip Cop would be remiss not to mention that Naughty Gossip falsely claimed Pitt and Angelina Jolie were "back together" last November. Apparently the website still doesn't have credible insight on the actor's life.

Roseanne not pushing Kabbalah on co-stars, despite reports