Kevin Federline turns 39 on March 21, 2017. Though the former backup dancer has worn many hats over the years — from rapper and reality TV star to fashion model and father — he'll always be remembered most for one thing: his two-year marriage to Britney Spears. In honor of K-Fed's birthday, Wonderwall.com is taking a look back at some of the "normal" exes of Hollywood stars and getting the scoop on what happened to them after their high-profile romances came to an end. Keep reading to see where Kevin and more averages Joes and Janes who dated celebrities are now…

RELATED: Stars who fell for average Joes and Janes

Britney Spears filed to divorce Kevin Federline in late 2006, just days after his critically panned hip-hop album "Playing with Fire" debuted. The court awarded him sole physical custody of their sons, Preston and Jayden, following the breakup, but the battle over their boys — which played a role in the superstar's early 2008 breakdown — would continue to play out until mid-2008. With his professional dancing days behind him, Kevin turned to reality TV in the years following his divorce, appearing on "Celebrity Fit Club" and Australia's "Excess Baggage." He also popped up on several episodes of "WWE Raw," performed as a dancer in 2008's "The Onion Movie," had a three-episode stint on "One Tree Hill" in 2008 and briefly appeared in 2009's "American Pie Presents: The Book of Love." In 2011, K-Fed welcomed daughter Jordan with girlfriend Victoria Prince. They tied the knot in 2013 and welcomed another daughter, Peyton, the following year. (He also has a son and a daughter with ex Shar Jackson.)

George Clooney dated Sarah Larson from mid-2007 until early 2008. They met in Las Vegas around 2003 or 2004, before the cocktail server won a 2005 episode of "Fear Factor" and while she was involved with another man. They reconnected when the A-lister returned to Sin City for the premiere of "Ocean's Thirteen" and tracked her down.

Sarah Larson, who hasn't been photographed since 2009, moved from Las Vegas to New York City around 2010, two years after she and George Clooney called it quits. She worked as the director of sales and marketing at a medical spa from 2012 to 2014 and then, according to her LinkedIn profile, co-founded the now-defunct company S2G Management, which specialized in fitness centers, in September 2014. In 2013, she told Celebuzz that she was still teaching yoga part-time on the side. "The spotlight is not for me. I don't enjoy it," she said.

Madonna started dating her personal trainer, Carlos Leon, in 1994. They welcomed daughter Lourdes in 1996 but parted ways less than a year later.

Carlos Leon capitalized on his relationship with Madonna to launch an acting career. He appeared on three episodes of "Nash Bridges," had small roles in 1998's "The Replacement Killers" and "The Big Lebowski," popped up in 2002's "Empire" and portrayed Carlos Martinez on "Oz" from 2000 to 2003. He also played multiple characters on the "CSI" and "Law & Order" franchises throughout the aughts. Most recently, Carlos appeared on a 2015 episode of "Person of Interest" and a 2016 episode of "Blue Bloods." He wed Zac Posen designer Betina Holte (pictured) in 2013. They welcomed a son, Meeka, in 2015.

Sofia Vergara and entrepreneur Nick Loeb first got together in 2010. They called it quits in May 2012 but reconciled and got engaged two months later while celebrating her 40th birthday in Mexico. The actress announced that they'd split for good in May 2014.

Just months after they called it quits, Nick Loeb filed a lawsuit to stop Sofia Vergara from destroying two embryos created in 2013 via in vitro fertilization — using his sperm and her eggs — while they were still a couple. The businessman also accused the actress of being verbally and physically abusive toward him and revealed that they'd tried twice but ultimately failed to implant an embryo in a surrogate. The former couple were still battling over the embryos, which Nick has named Emma and Isabella, as of February 2017 when Sofia filed to block her ex-fiance from attempting to bring them to term via a surrogate. Nick has also relaunched his acting career in recent years. Since 2015, he's appeared in "All Mistakes Buried," "Extraction," "Supermodel," "Precious Cargo" and "Swing State." He also shot a part in the upcoming "Day of the Dead" remake in mid-2016.

LeAnn Rimes was just 19 when she wed backup dancer Dean Sheremet in 2002 after a year of dating. Their marriage imploded in 2009 when the singer was caught having an affair with Eddie Cibrian, her co-star in a Lifetime movie. They finalized their divorce in 2010.

A year after he and LeAnn Rimes finalized their divorce, Dean Sheremet and photographer Sarah Silver tied the knot. But it wasn't meant to be: They split in early 2016. The former dancer, who graduated from the French Culinary Institute around the time that his first marriage ended, is now a chef. He worked at Nobu and Jean-Georges restaurants, released the cookbook "Eat Your Heart Out" in February 2016 and competed on "My Kitchen Rules" with Brandi Glanville — who was married to Eddie Cibrian when he had an affair with LeAnn — in early 2017. Dean is also a coach at New York City's Body Space Fitness. 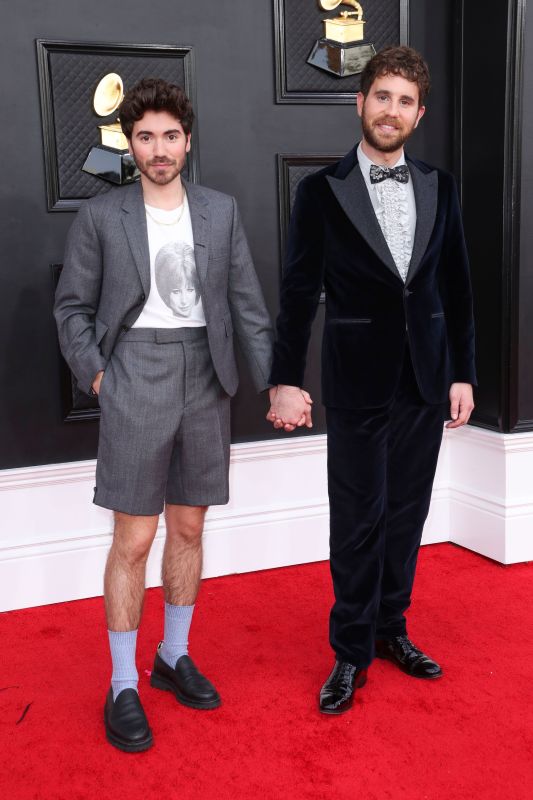