Let's face it, some celebrity names are tricky to pronounce! To prevent you from sounding like an amateur, Wonderwall.com has some advice on the correct way to say some of your favorite stars' monikers. First up in our pronunciation guide is birthday girl Saoirse Ronan, who turns 26 on April 12, 2020. There are actually two ways to say her name correctly. "It's pronounced either 'Sir-sha' — like 'inertia' — [or] a lot of Irish people would say 'Seer-sha,'" the Oscar nominee once told Yahoo Movies. "It's Irish for 'freedom' or 'liberty,'" she added. "It's a cool little name there but I didn't like it when I was younger because nobody had that name… but I like it now. It's like my own little stage name that no one can pronounce!" Keep reading to learn how to correctly say more stars' names…

Let's hope you haven't been botching Zendaya's name all along. The star's moniker is pronounced "Zen-DAY-uh," not "Zen-DIE-uh."

Even though he's famous, a lot of people aren't saying Idris Elba's name correctly. It's not "Eye-dris" or "Eed-ris" as many say — it's actually pronounced "ID-ris."

Most people say Martin Scorsese's surname like this: "Score-SAY-zee." But it's really pronounced "Score-SEH-see."

Chances are you've been saying Rihanna's name all wrong for years. It's not pronounced "Ree-ON-uh" — even though that's how most people say it. According to the pop star herself, the correct way to say her name is "Ree-ANNE-uh" — so it should rhyme with "banana." The more you know!

Despite the "s" in Mariska Hargitay's first name, there's no "sss" sound. That "s" actually takes on a "shhhh" sound, making her name "Muh-RISH-kuh HAR-geh-tay."

Though it looks intimidating, Rachel Weisz's last name is simple to pronounce: Just say "vice." She once explained, "It's V-I-C-E." Of the unexpected pronunciation, Rachel once shared, "In London everyone says my name right; it's just in America … Rachel Weez, Wise, Wooz. Whatever!"

Though it looks daunting, Chiwetel Ejiofor's name isn't that hard to say. It's pronounced "CHOO-eh-tell EDGE-ee-oh-for."

Though we've been crushing on him for decades, from his early days on "Gilmore Girls" to more recently on "This Is Us," we probably haven't been saying Milo Ventimiglia's last name right. It's pronounced "Ven-tih-MEE-lee-uh."

Another former "Gilmore Girls" hunk with a tough last name to figure out? Matt Czuchry, who pronounces his last name "ZOO-kree."

Gal Gadot's last name doesn't seem like it would be tough to pronounce, but it's a surprising one. It's actually not "Guh-DOE," and it doesn't rhyme with Brigitte Bardot. It's "Gah-DOTE" with "more T at the end," as the Israeli actress chided Jimmy Kimmel during an appearance on his late night show in 2016 after he'd introduced her incorrectly.

Another commonly mispronounced last name? Jared Leto's! It's not "LEE-tow" — it's actually "LET-oh."

In case you weren't sure how to pronounce this three-letter conundrum, Eva Longoria's first name is pronounced "EVE-uh." But another famous Eva does things differently…

Unlike her name twin, Eva Mendes pronounces the "E" in her name with a long "A" sound — like Ava Gardner. Surprisingly, there's one more way you can say this three-letter name…

Eva Amurri, Susan Sarandon's daughter, has another take on her popular first name. She pronounces it with a short "E" — as in "4-evah."

Shia LaBeouf's last name has always been confusing. It's not "Luh-BOOF" but "Luh-BUFF." An easy way to remember it? It rhymes with "tough."

We'll never forget the way John Travolta butchered Idina Menzel's name at the 2014 Oscars ( Adele Dazeem?! ), but if you want to get it right, say her first name "Uh-deena" not "EE-Deena."

Everyone thinks they're pronouncing Charlize Theron's surname correctly, but they're probably not. It's like "Their-IN," not "Their-OWN," she confirmed on a 2014 episode of Jimmy Fallon's late night show.

We bet you're not saying Steve Buscemi's last name right! It's not pronounced "Boo-skemee" or "Boo-shem-ee." He says it "Boo-seh-me."

Don't be intimidated by director Alfonso Cuarón's last name. Just remember that the accent over the "O" in his surname means to put the emphasis on that syllable so it sounds like "kwah-RONE."

"The Real Housewives of New Jersey" star Teresa Giudice has said there two ways to pronounce her last name: "JEW-dee-chay" or "JEW-dice." "People Americanize it to 'Jew-dice' and we just go with it," she once explained on Facebook. "You can say either," she said, "but I like the Italian better."

Though her first name seems straightforward, Anna Faris actually pronounces it "AH-nah" like "Donna" and not "Hannah." Of the strange pronunciation, Anna once told Time Out: "It's really annoying, actually, that my parents did that to me. I'm always afraid that people are thinking that I'm a little pretentious when I say my name."

Even though her last name starts with a "J," it's not pronounced that way! Milla Jovovich's surname is said like this: "YOH-ve-vich."

Wondering how to say David Oyelowo's surname? Just like this: "o-yellow-o."

Sure, you can say Chloe, but can you pronounce Sevigny? The actress's last name is pronounced "SE-ven-yee."

Taika Waititi's name isn't as tough to say as it looks! The Oscar-winning screenwriter's moniker is pronounced "TIE-kuh Why-TEE-tee."

If you want to say Derek and Julianne Hough's last name correctly, pronounce it "huff" like "tough." It's often mispronounced "hew" or "hoe."

Joe Manganiello's last name is pronounced with a hard "G." Take it from the hunk himself, who once explained: "There's an 'I' in it but you don't pronounce the 'I.' Then you hit the hard 'G.' Everybody looks at an Italian name and wants to say 'Man-JAH-nello,' but it's 'Man-GA-nello,' which is actually a billy club — like what the cops use to beat people up."

Domhnall Gleeson's first name is said like this: "DOUGH-nal," like "tonal" with a "D." He once joked to Entertainment Weekly, "The 'M' is just there to confuse Americans."

If you want to say Lupita Nyong'o's surname correctly, listen up! It's "Lew-PEE-tuh NYONG-oh." The big mistake everyone makes saying her last name is using a hard "G" sound. "I would use the word 'song'" as an example of how to say it correctly," she once explained to Jimmy Kimmel on his late night show, "the soft 'G.'"

Ryan Phillippe's last name is tough to spell and pronounce correctly. Say it "FILL-uh-pee" — not "Fill-EEP" or "Fill-EPP-ay."

If you've been saying Viola Davis's name like the musical instrument, you've been doing it wrong. There's a long "I" in the first syllable so it's pronounced "Veye-OH-luh."

Did you know there's more than one way to say "Demi"? Let us show you the ways, via two famous faces. Demi Moore puts the emphasis on the second syllable of her name, like "Duh-MEE."

Demi Lovato opts to emphasize the first syllable of her name, making it sound like "DEM-ee."

Despite the "G," Sam Heughan's last name doesn't have a hard "G" sound — it's pronounced "HEW-an." Up next? How to say his "Outlander" co-star's name…

Caitriona Balfe's first name is Gaelic and might be tough to spell, but it's not difficult to say: It's "Kuh-TREE-nuh" — say it just like you'd pronounce "Katrina." The Irish actress's surname is simple too: "Balf," with a short "A" sound.

Amanda Seyfried can't stand it when people butcher her last name — which is often. The versions she hates the most include "Say-fried" and "Sieg-fried" (as in Roy). Get it right by pronouncing the first syllable like the word "sigh" (the "I" sounds just like the "I" in "ice") and then pretend there's no "E" in the second one — "SIGH-frid."

Singer Khalid pronounces his name "Kuh-LEED." While another music star with a similar name says his differently…

DJ Khaled has a different take on his similar name, saying his "KAH-led."

Both Lena Headey's first and last name could be pronounced different ways, but if you want to get it right say it like this: "LEEN-uh HEED-ee."

Hayden Panettiere's surname is a puzzling one, but we're here to set the record straight. It's said: "Pan-uh-tee-AIR," not "Pan-uh-tare."

Henry Cavill is a household name these days, but that doesn't mean his last name is always said correctly! His surname is not pronounced "CAVE-ill" but "CAV-ill," like it rhymes with "travel."

Kim Basinger's last name is often incorrectly pronounced "BASS-in-jer," but it's actually said like this: "BAY-sing-er."

Tatiana Maslany's first name and last name are pronounced like this: "Tat-ee-AHN-uh Mass-LAN-ee."

In case you were wondering, Zosia Mamet has an easy way to pronounce her first name. She told The New York Times it's "like Sasha with a Z." As for her last name? Say it like this: "MAM-it." 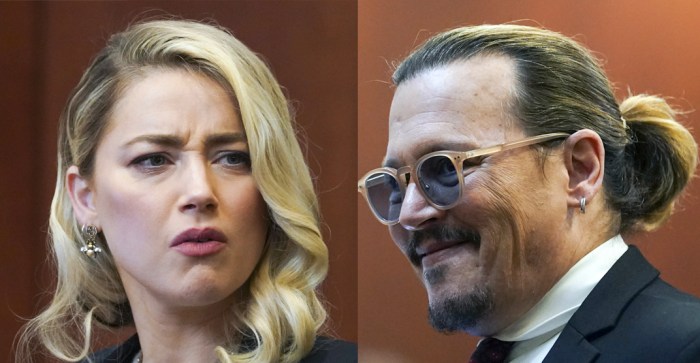