Wonderwall.com is taking a look back at the celebrities who found love, suffered heartbreak or experienced some other major event in their love lives in February 2019, starting with a country superstar's surprise nuptials… Miranda Lambert took to Instagram on Feb. 16 to reveal that she secretly married NYPD officer Brendan McLoughlin. The duo reportedly tied the knot in late January, less than three months after they met in early November … a few days before he welcomed a child with Kaihla Rettinger. He'd been engaged to yet another woman, Jackie Bruno, when Kaihla got pregnant but was single when he met Miranda. Now keep reading for more of the month's biggest celeb love life updates…

Khloe Kardashian and Tristan Thompson called it quits in mid-February amid reports that he cheated with Kylie Jenner's best friend, Jordyn Woods … along with multiple other women. However, there have also been reports that the duo, who previously weathered an April 2018 cheating scandal, were either already broken up or on the verge of throwing in the towel when the basketball star hooked up with Jordyn.

Lady Gaga and talent Christian Carino parted ways after two years of dating and called off their engagement, a rep for the singer-actress confirmed on Feb. 19.

Katy Perry and Orlando Bloom got engaged on Valentine's Day, they revealed on Instagram the following day.

On Feb. 5, a rep for Jennifer Lawrence confirmed reports that she and her live-in love of less than a year, art gallery director Cooke Maroney, are engaged.

Teresa Giudice was photographed looking super-cozy with 26-year-old businessman Blake Schreck over the course of several days during a trip to Miami in mid-February. Though a rep for the married star of "The Real Housewives of New Jersey" has insisted that the pair, who were photographed holding hands, are just friends, the duo were also seen packing on the PDA on New Year's Eve. Just last month, the reality star hinted that she's ready to throw in the towel on her marriage to Joe Giudice, who's currently serving time behind bars.

Johnny Depp has a new real-life leading lady. In mid-February, photos surfaced depicting the troubled star kissing a mystery woman at a hotel in Belgrade on Jan. 28. The same woman was also photographed with the actor outside his home in Le Plan-de-la-Tour, France, in mid-January. She was then caught on camera boarding a private jet with him and his entourage in Nice on Jan. 24.

On the Feb. 7 episode of "Celebrity Big Brother," Dina Lohan revealed that she has a boyfriend of five years … whom she's never met in person. She explained that they've never met because he lives in San Francisco, where he cares for his sick mother, and she lives in New York City. She also said that they've never chatted on FaceTime because he doesn't have an iPhone, prompting her "CBB" housemates to warn her that he may be catfishing her. Just a few days later — after offering his relationship sleuthing services via Twitter — "Catfish" creator and star Nev Schulman managed to connect with Dina's mystery man, whom he identified as Jesse Nadler. During an interview with Radar that hit the Internet on Feb. 22, Jesse said that he's getting a condo in Long Beach so that he can be closer to Dina and that eventually, he's "going to marry" her.

Jennifer Aniston and Brad Pitt sparked rumors that they'd reconciled romantically when he attended her star-studded 50 birthday bash on Feb. 9. But alas, the former couple are not dating again. They simply have a very civil relationship, according to The Blast.

Heather Locklear and off-and-on love Chris Heisser, who reportedly split over the holidays, are back on. They reportedly celebrated Valentine's Day together with a weekend staycation in the Los Angeles area.

Kate Beckinsale and Pete Davidson — who made headlines in early January when multiple media outlets spied them flirting at a Golden Globes afterparty — were photographed holding hands outside his comedy show at the Coronet Theater in West Hollywood on Feb. 1. Multiple media outlets have reported that whatever's going on between the age mismatched pair — she's 45 and he's 25 — is not serious.

Multiple media outlets reported in early February that a reconciliation could be in the works for Ben Affleck and ex-girlfriend Lindsay Shookus, who called it quits in mid-2018. A source told People magazine the actor-director and the "Saturday Night Live" producer "struck up a friendship again and are spending time together" now that the Oscar winner has completed rehab for alcohol issues.

Following reports in late January that they'd officially reconciled, it was abundantly clear that all was well between Cardi B and her husband, Offset, during the Grammys on Feb. 10. The duo packed on the PDA on the red carpet, and when the "Money" chart-topper won the award for rap album of the year, the Migos rapper accompanied her onstage, offering his hand for support. She also gave him a special shout-out during her history-making acceptance speech.

Kim Kardashian West clarified on Feb. 17 that her daughter, North West, does not have a boyfriend. The "romance" rumors kicked off after Caiden Mills — the 7-year-old son of Kanye West collaborator Consequence — started referring to Nori as more than a friend on Instagram. But turns out it was all in good fun!

The Blast reported on Feb. 8 that Jennie Garth's husband, Dave Abrams, filed paperwork asking the court to dismiss the petition for divorce that he filed in April 2018. The pair, who separated in the summer of 2017, were photographed sitting together at a basketball game in Los Angeles on Jan. 29.

Darren Criss and Mia Swier tied the knot at the Ace Hotel in New Orleans on Feb. 16.

Ricki Lake revealed on Feb. 6 — almost exactly two years after her second husband, Christian Evans, took his own life — that she has a new boyfriend: One Golden Thread clothing brand founder Jeff Scult.

Tommy Lee and Vine star Brittany Furlan tied the knot on Valentine's Day — exactly a year after they got engaged.

Brittany Snow took to Instagram on Feb. 19 to announce that she and realtor Tyler Stanaland are engaged.

Melissa Benoist took to Instagram on Feb. 10 to announce that she and "Supergirl" co-star Chris Wood are engaged.

Abbie Cornish took to Instagram on Feb. 14 to announce that she and MMA fighter Adel Altamim are engaged.

Paul Wesley and Ines de Ramon sparked rumors that they'd secretly gotten married when they sported what appeared to be wedding rings during an outing in New York City on Feb. 7. The following day, E! News confirmed with a source that the former star of "The Vampire Diaries" and the health coach did, in fact, tie the knot. It's unclear when exactly the super-private pair, who were first publicly linked in mid-2018, said "I do."

Sofia Boutella is dating Keean Johnson. The duo made their public debut as a couple at the Los Angeles premiere of "Alita: Battle Angel," in which he stars, on Feb. 5.

Taron Egerton and Emily Thomas debuted their rekindled romance at a BAFTA Awards pre-party in London on Feb. 6. The "Robin Hood" star said back in November that he and the producer had called it quits after two years of coupledom.

There's a new man in Yolanda Hadid's life. The former reality star reportedly introduced her mystery man to her daughter, Bella Hadid, at The Weeknd's birthday party in New York City on Feb. 16.

Petra Nemcova debuted her new romance with Osham Group partner Benjamin Larretche at the Hollywood for Science Gala in Los Angeles on Feb. 21 — less than two months after the news broke that she and fiancé No. 3 Alejandro Grimaldi called it quits. Three days later, the new couple was photographed holding hands at the Elton John AIDS Foundation Academy Awards Viewing Party in West Hollywood. 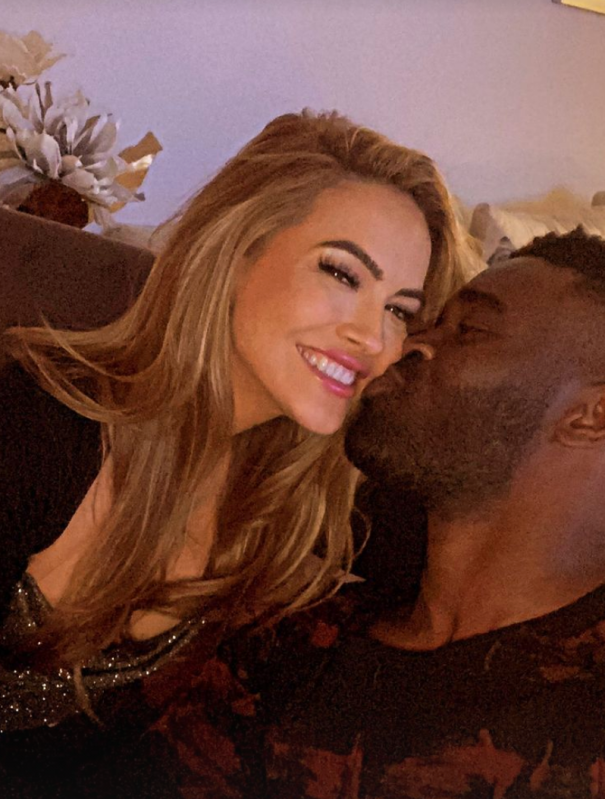