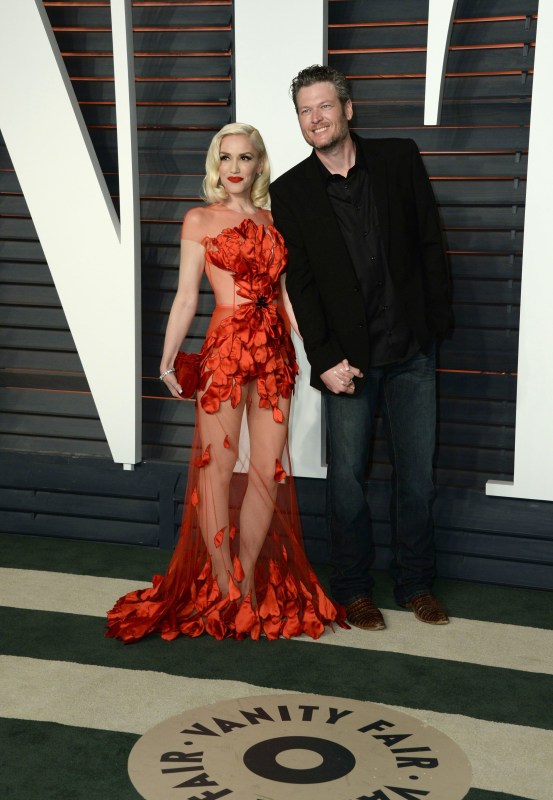 Is Blake Shelton transforming Gwen Stefani into a country singer? A report speculates she might release a country album. Gossip Cop looked into the claims.

"Blake Shelton Transforms Gwen Stefani Into Country Star To Save Failing Pop Career?" reads a headline from Celeb Dirty Laundry, which further asks, "Is Gwen Stefani trying to be the country world's next big star? That's what fans can't help but wonder as apparently Gwen's boyfriend Blake Shelton is trying to help revive her career."

According to the source-free webloid, "Fans believe that Gwen is desperately looking for a change in her career," and think "Gwen might be looking to go country for her next album, in hopes that she'll have more success." But because the site has no concrete information, it just repeats the same idea over in a different way, saying, "Gwen could surprise everyone by recording a country album of her own. It would be the ultimate reinvention and one that could help revive her career as well."

As for Shelton's involvement, it's noted he and Stefani collaborated last year on "Go Ahead And Break My Heart" for his album. CDL also points out, "If that weren't enough, Blake's good friend and country music star Luke Bryan even admitted that Gwen totally fits in with the country crowd." Still, the blog ultimately acknowledges, "Then again, no one knows what Gwen Stefani's next move might be. Gwen has not made any comments about her possible country music career."

Well, that's because she's not planning on having one. A rep for the singer exclusively tells Gossip Cop there's "no truth" to speculation she's making a country music album. Of course, Celeb Dirty Laundry has a terrible track record when it come to the musical couple, wrongly claiming in December that Stefani wanted a baby before marrying Shelton. So it's no surprise the webloid is off-base again.