The course of true love never did run smooth! And nowhere is that more true than in Hollywood. With Valentine's Day less than a week away, Wonderwall.com is taking a look back at the biggest celebrity love stories of late, starting with this sad news: Chris Evans and Jenny Slate have parted ways after less than a year together. "It was completely amicable and a mutual decision due to conflicting schedules and they remain very close friends," a source told Us Weekly. The duo were first linked in May 2016 and made their red carpet debut at the premiere of her film "The Secret Life of Pets" the following month. Now keep reading for more romance updates!

According to Us Weekly, Kourtney Kardashian turned down a marriage proposal from off-and-on love Scott Disick during the Kardashian-Jenner clan's recent Costa Rican vacation. "Scott proposed to Kourtney," a source told the magazine, adding that E! cameras were rolling when he popped the question. "Not with a ring. He just said, 'Let's get married.' … She told him no." The snitch added that Scott was "embarrassed, upset and angry" following the rejection.

There's no "Bad Blood" between Taylor Swift and ex-boyfriend Tom Hiddleston, says the Golden Globe-winning actor. "Taylor Swift is an amazing woman," Tom told the March 2017 issue of GQ. "She's generous and kind and lovely, and we had the best time." As for persistent rumors that their relationship was all just one big publicity stunt, the "Night Manager" star had this to say: "Of course [the relationship] was real."

Gisele Bundchen is eager for husband Tom Brady to hang up his helmet. "If it was up to my wife, she would have me retire today," the five-time Super Bowl champ said during an appearance on SiriusXM NFL Radio on Feb. 6. "She told me that last night three times. … I said, 'Too bad, babe, I'm having too much fun right now.'" The Patriots quarterback added that his family actually helps his football career: "In some ways, being more experienced and having your family life settled does allow you to focus a little bit more, too, because there's less B.S. in your life," he said. "You have your family and you can go to work and focus on your job. And you expect your teammates to do the same."

Selena Gomez and The Weeknd are the real deal! The duo were spotted enjoying a PDA-filled date night at the Sunset Tower Hotel's Tower Bar in Hollywood on Feb. 6. "They were holding hands and very affectionate," a spy told Page Six of the new couple. "They left together and she was hugging him from behind."

Drew Barrymore opened up about her divorce from Will Kopelman after three years of marriage during an appearance on "The Ellen DeGeneres Show" on Feb. 2. "It was just like my worst nightmare," said the actress. "I so wanted to raise kids in this ultra-traditional way and do everything so the polar opposite of my experience." She also dished on how she and her ex co-parent their two daughters, Olive and Frankie. "It really is about the tone you set, and you can talk until you're blue in the face, but kids watch what you do every single day of your life, all day long, and that behavior and that example and that love and community and honesty is just, I think, what's making everything feel safe for my kids," Drew said. "And that's really the intention I had as a parent — how do my kids have this incredible sense of, like, freedom inside their heart, because they know I've got them and their dad's got them and the [rest of their family]."

Prince Harry reportedly plans to take girlfriend Meghan Markle to sister-in-law Pippa Middleton's upcoming spring wedding to James Matthews. "Harry and Meghan are madly in love and he no longer wants to hide that from the world," an insider reportedly told the Daily Star. "He is close to Pippa and has been invited to her wedding and has obviously been given a plus one. Harry is adamant that he wants to take Meghan with him." But Celebitchy has dismissed the report as "weird British-tabloid fan-fiction."

Kim Kardashian West took to her website on Feb. 3 to dish on the moment she realized husband Kanye West was the one: "I love only hot rooms and hate when the air conditioning is on," she shared. "I knew Kanye and I were meant to be when I slept over and he had the heat on." Talk about making your temperature raise!

Pamela Anderson has been romantically linked to WikiLeaks founder Julian Assange. According to Page Six, the "Baywatch" alum has visited the computer programmer-turner-journalist at his home inside Ecuador's London embassy four times in the past three months as of February 2017. "She seems to be wearing sexier outfits every time she visits," one political activist told the New York Post's gossip column. Neither Pam nor the political refugee have addressed their rumored romance.

Paula Patton and Robin Thicke recently called a brief truce on the bitter custody battle over their son Julian. TMZ reported on Feb. 4 that less than two weeks after a judge granted Paul a restraining order against Robin in the wake of concerns that he'd abused Julian — ordering him to stay away from their son, Paula and her mother — Robin has once again started spending time with the boy. "Paula has softened on the issue and agreed to let Robin see Julian three days a week for a few hours each day, but a court-appointed monitor must be present," a source told the webloid.

Is Ed Sheeran hearing wedding bells? The "Shape of You" singer revealed during a Feb. 7 interview with Australia's "The Kyle and Jackie O Show" that he considers girlfriend Cherry Seaborn marriage material. "I feel pretty good about it," he said when asked if their relationship seems like "a marriage thing." Ed also revealed that he and lady love "live together now" and "just got cats." When asked if he hopes to start a family someday, the singer had this to say: "Yeah, potentially. I would like some kids." Aww!

Things appear to be going well for Kylie Jenner and off-and-on love Tyga. The reality TV star was photographed wearing a promise ring from her beau while lunching in Los Angeles on Feb. 1. The rapper gave Kylie the ring last year, but it disappeared from her finger (until its recent reappearance!) when they went through several public breakups and reconciliations last year. "If this is my promise ring, I wanna know what my engagement ring gonna be like," the Kylie Cosmetics founder once said on Snapchat while showing off the impressive bling.

Erin Andrews made an interesting revelation about her fiancé, former NHL hockey player Jarret Stoll, during an interview with "Extra" in late January: "My man is the bridezilla," said the Fox sideline reporter. "He is Pinteresting. I'm in Dallas Cowboys meetings, and he's sending me, 'Hey, babe, I saw this on Pinterest,' and I'm like, 'Hey, babe, will you let me get through the Super Bowl?' I don't know, I'm just sitting here with [Cowboys coach] Jason Garrett. This guy is bridezilla!" The "Dancing With the Stars" host also dished on their upcoming nuptials, which she says will be a casual affair. "Jarret isn't even wearing a tie," revealed Erin, who accepted Jarret's marriage proposal at Disneyland in December 2016.

Larsa Pippen and Scottie Pippen have reportedly reconciled four months after the former NBA star filed for divorce after nearly two decades of marriage. The duo were seen together on a dinner date at The Nice Guy in Hollywood on Feb. 6. Larsa also recently showed off a new 14-carat ring on Snapchat, which she indicated was a Valentine's Day present — presumably from her back-on hubby.

Judge Joe Brown and Deborah Herron have finalized their divorce. According to legal documents obtained by TMZ, the former TV judge will walk away from the marriage with the couple's Tennessee home and a squadron of cars, including a Porsche 911, a Range Rover, a Land Rover and a Jeep. He's also keeping a high-end leather reclining chair. Deborah, meanwhile, will hang onto most of the former couple's exercise equipment, including a Lance Armstrong spin bike, a stair climber and the Bowflex. She'll also receive $2,219 a month in spousal support from her ex. 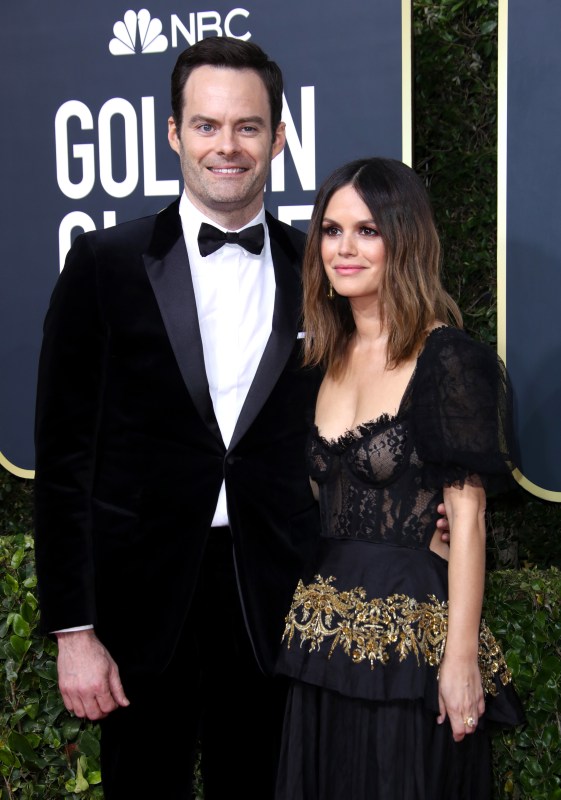