Chris Evans is an All-American hottie, so it's no surprise that he's had his fair share of hookups and romances in the Hollywood scene. From legitimate girlfriends like Jessica Biel and Jenny Slate to rumored dalliances with stars such as Kate Bosworth and Gisele Bundchen, Wonderwall.com is taking a look at all of the "Captain America" actor's rumored loves.

RELATED: "The Sopranos" cast: Where are they now?

Although they've never confirmed anything publicly, Chris Evans and Kate Bosworth were briefly linked after meeting on the set of "The Newcomers" in 2000. Kate has been married to director Michael Polish since 2013.

Chris Evans and Jessica Biel started dating in 2001 and called it quits in 2006. The baby-faced actors starred in 2004's thriller "Cellular" and 2006's indie drama "London." Chris told Boston Magazine of working with Jessica, "Any time you get to work with someone that you know, it's gonna lend itself to the on-set relationship. You have to find a certain level of relaxation while you're trying to perform, and any time you can lean on an existing relationship with someone, it's only going to help." Jessica has been happily married to Justin Timberlake since 2012. They share a son, Silas.

Rumor has it that Gisele Bundchen and Chris Evans were an item in 2006, but Gisele refuted the claim shortly afterward. She told Arena Magazine, "If everything that's written about me was true, I'd have about 10 kids and I'd be married five times, one of them with some actor named Chris Evans, whose name I heard for the first time two hours ago." Ouch. The supermodel is now married to Tom Brady. They're parents to Vivian and Benjamin.

In 2007, E! News reported that Chris Evans and Emmy Rossum were spotted "making out in front of everyone" at a bar in Los Angeles. Emmy's rep quickly refuted the claim, insisting, "they are just friends." Emmy married "Mr. Robot" creator Sam Esmail in May 2017.

No one knows the real story of what did or did not happen between Chris Evans and Christina Ricci, but they were photographed together at the Metropolitan Museum of Art Costume Institute Gala in 2007, which led to an active rumor mill — but nothing more was ever said! Christina has been married to camera technician James Heerdegen since 2013. They have a son, Freddie.

Cuba-born model-actress Vida Guerra and Chris Evans were reportedly spotted out in Los Angeles in 2008, but it seems to have been a one-time thing.

Back in October 2008, the New York Post reported that Kristin Cavallari and Chris Evans hooked up at the opening of Cabana One at the Mayfair Hotel in Miami Beach. Soon after, Kristin told Us Weekly that the two were purely platonic friends. "I've known Chris for a while, just through mutual friends, I've known him for a few years, actually," she said. Kristin has been happily married to former Chicago Bears quarterback Jay Cutler since 2013. They have three children: Camden, Jaxon and Saylor.

After Amy Smart and Chris Evans were spotted leaving a London nightclub together in 2010, the rumor mill was back in action. Thus, no relationship materialized afterward. Amy married HGTV host Carter Oosterhouse in 2011 and they welcomed a daughter via surrogate in December 2016.

Us Weekly reported that Chris Evans and Dianna Agron were getting close at a pre-Oscar party in February 2011. The "Glee" actress was fresh off a breakup with actor Alex Pettyfer and in a flirtatious mood — but nothing more seemed to come of it! Diana has been married to Winston Marshall of Mumford & Sons since October 2016.

In an interview with Playboy in 2012, Chris Evans admitted to having a crush on Sandra Bullock since middle school. "I used to be in love with Sandra Bullock when I was growing up. Sandy B. was my girl," he said. "I remember seeing 'Speed' when I was in seventh grade and just thinking, 'That's her.' The two were photographed together at the 2012 Vanity Oscar Party (pictured here) and were seen out to dinner in May 2014. Sandra joked about their rumored relationship to "Entertainment Tonight" in June 2014. "You guys are a little bit behind. We've since married and it started breaking apart, so we separated," she said. "We filed for divorce, and I hope everyone can respect our privacy. But we're going to remain friends and share responsibility of the farm animals we've taken on, because you just can't abandon the animals." Touché, Sandra.

This one may have been for real. Chris Evans and Alice Eve starred in "Before We Go" together in 2014 and were photographed out to dinner in 2013. It could've been strictly business and no pleasure, but we'll never know… Alice split from her husband of nearly two years, onetime high school sweetheart Alex Cowper-Smith, in late 2016.

After a few photos were unearthed in 2015 of Chris Evans and Lily Collins out to dinner, there was speculation that the two were dating — though neither one of them has ever confirmed (or denied) it.

This is a fickle duo! Chris Evans and Minka Kelly have had an on-again, off-again relationship since 2007. They rekindled their romance in 2012 and called it quits it 2013. But not for long! The twosome were then photographed together in 2015 walking their dogs in Los Angeles. In 2016, Minka started dating Josh Radnor, but they've since split. Who knows, maybe Chris and Minka will give it another go!

Chris Evans and Jenny Slate met during a chemistry read for the film "Gifted," in which the two play love interests. They got together after becoming friends during filming. The unlikely couple dated for nine months before calling it quits in late 2016. One month after their breakup became public in February 2017, Jenny's interview with New York Magazine hit newsstands and she let it rip. "To be quite honest, I didn't think I was his type," she said. "Eventually, when it was like, 'Oh, you have these feelings for me?' I was looking around like, 'Is this a prank?'" As much as they loved each other, she told the magazine, "we're really, really different." 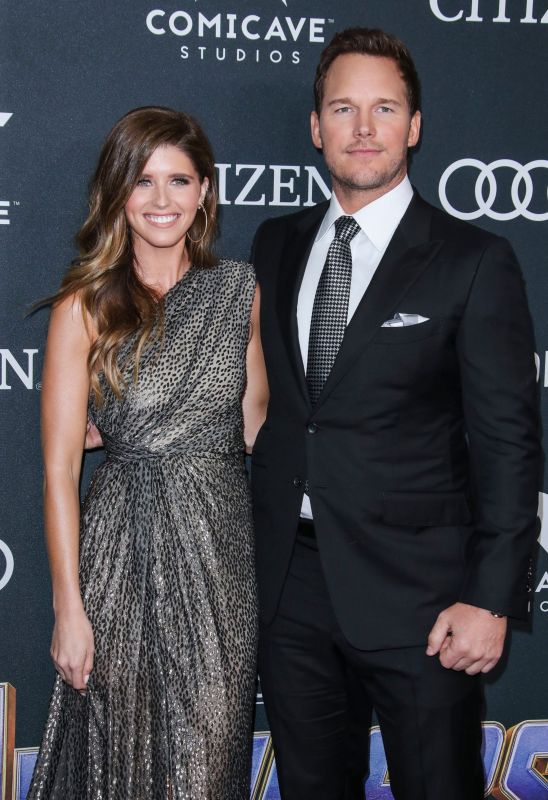