Sometimes our favorite famous couples share some serious similarities in the looks department. Wonderwall.com is rounding up some of these duos, starting with our first darling couple… After more than a dozen years of marriage and three beautiful children, Jessica Alba and Cash Warren are still going strong. Could their look-alike features have something to do with it? From their dark eyes and wide smiles to the arch of their eyebrows, we think the resemblance is uncanny. Keep reading to see more celeb couples who look a lot alike…

Tampa Bay Buccaneers quarterback Tom Brady and Brazilian supermodel Gisele Bundchen have more in common than two ridiculously cool careers. Just get a gander at those razor-sharp jawlines and full lips, not to mention the piercing gazes that come from their matching light eyes and their golden, glowing skin. They might be husband and wife, but we think they could pass for brother and sister.

Rocker Johnny McDaid and actress Courteney Cox share similar coloring, from their dark hair and pale skin to their disarmingly icy blue-green eyes. Their bone structure also seems to be in sync, from their straight noses to their angular features, making us wonder if Courteney ever feels like she's looking in a mirror when she gazes at her longtime love…

Benedict Cumberbatch and wife Sophie Hunter could pass as siblings! The famous couple were friends for 17 years before the actor popped the question. They married a year later in 2015 and later welcomed two sons, Christopher and Hal.

After nearly two decades as a couple, it could be argued that Maggie Gyllenhaal and Peter Sarsgaard, who share the same brown hair color, blue eyes, close-lipped smiles and downward-sloping eyes, have grown to look more alike over time.

Minus his mustache in this snapshot, Justin Bieber and wife Hailey Bieber certainly have a lot in common — from their tanned skin and straight, perfect noses to their brown eyes, bold eyebrows and chiseled jawlines.

Courtney Mazza might not share husband Mario Lopez's signature dimples, but with their dark hair and eyes, strong brows and those straight noses, we think these parents of three look like they could be related by blood instead of marriage.

Taylor Swift has dated her share of famous men, but none of them have resembled her as closely as Joe Alwyn. The singer-songwriter and the British actor are both blonde, blue-eyed and model tall.

It's all in the eyes with LeAnn Rimes and Eddie Cibrian, whose peepers narrow and crinkle in strikingly similar ways when they smile.

Jennifer Esposito and Louis Dowler are clearly genetically blessed, from their dark features and dimples down to their long, narrow noses and the bow in their lips. But if we didn't know the actress and the model were once married, we might mistake them for siblings.

Take away the beard and Rooney Mara and Joaquin Phoenix look like they could be siblings. The couple have the same green eyes, pronounced noses, half-smiles and dark hair!

Sure, they're both blue-eyed blondes, but that's not all Ellen DeGeneres and wife Portia De Rossi have in common. Though they've been together since 2004, we think they've actually started to look more and more similar in recent years — or is it just our imagination?

Vincent Kartheiser and Alexis Bedel look nearly identical! The former "Mad Men" co-stars, who tied the knot in 2014, share the same striking blue eyes, brown locks and facial structure. We're sure their son will grow up to look just like them!

It was hard to decide who was the more gorgeous groom when interior designers Nate Berkus and Jeremiah Brent married in May 2014. With their icy eyes, chiseled bone structure and lush hair, we think Nate and Jeremiah could pass for brothers.

Seth Meyers and wife Alexi Ashe could face swap and few would be able to tell the difference. The late night host and the human rights attorney look so much alike that Seth has publicly joked about it. "A lot of people have said my wife and I look alike, so I think that's the one thing we know, is that the child will look like us. If not, there's a real problem," he quipped after the 2016 birth of their first son, Ashe.

From their brown locks to their smiling eyes to their close-lipped smiles, Adam Brody and Leighton Meester are true lookalikes. The former teen heartthrobs married in 2014 and now have two kids.

Sure, former production assistant Matt Rutler is a brunette while longtime fiancée Christina Aguilera is a platinum blonde, but coloring aside, check out their faces: They have such similar wide-set eyes, noses, round cheeks and eyebrows, it might be hard to tell which parent their daughter, Summer, actually looks like.

At first glance, Keith Urban and Nicole Kidman might not resemble each other (she's supermodel tall, he's on the short side). However, the married couple actually share a lot of similarities: baby-blue eyes, elongated noses and a look of pure happiness!

From their bright blue eyes to their blonde locks, Dax Shepard and Kristen Bell definitely resemble each other — and their looks aren't the only thing they have in common. The lovebirds, who married in 2013, were both born and raised in metro Detroit.

When they were dating back in 2015, British music stars Ellie Goulding and Dougie Poynter both sported shaggy blonde hair, similar chins and jawlines and, at least in this pic, serious facial expressions. While their relationship didn't work out, many fans still consider them true doppelgängers.

As Twitter has discovered, Brad Pitt basically morphs into every woman he dates. Here he is looking just like ex-wife Angelina Jolie in 2013 — note the same long, side-parted brown locks, all-black ensembles and serious expressions.

Angelina Jolie isn't the only wife that Brad Pitt has morphed into. He was Jennifer Aniston's lookalike when he sported piece-y hair and a toothy smile at the Emmys in 1999.

Years before his marriage to Jennifer Aniston, Brad Pitt was engaged to Gwyneth Paltrow. In 1997, both actors sported short blonde haircuts that showed of their incredible bone structure. We're not sure who looked prettier!

Back in 1992, Brad Pitt matched another ex-girlfriend, actress Juliette Lewis. The former loves both rocked shaggy blonde hairstyles to the premiere of "The Last of the Mohicans." 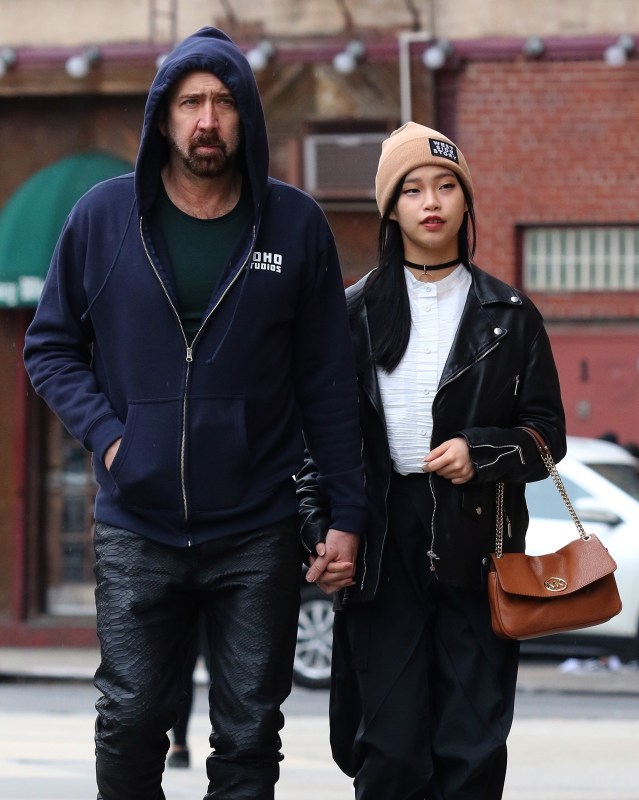