Another day, another teaser from Nikki Bella about her future with her ex, John Cena. Last week, Nikki admitted that she was tempted to "jump back into" John's arms having heard — and believed — that he wants to have kids. Now, she tells Life&Style that despite having bailed on their May 5 wedding plans with less than a month's notice, she's keeping her wedding dress "because, honestly, I think that John and I will probably end up together." Adding, "he is my best friend and I love him," Nikki says her "cold feet" were less about kids than something going on inside of her. "I'm just in a period of my life that I really need to work on me," she tells the tab. "A healthy me is a healthy us."

Prince Harry and Meghan Markle's wedding gifts include a slow-cooker, some hats and a live bull

Before Prince Harry and Meghan Markle tied the knot, they made it clear they wanted folks to skip the wedding gift tradition and make donations to charity instead. Some of their friends, family members and associates did that, while others got more creative. Among the more unusual gifts? In New South Wales, there are now two koalas named in honor of Harry and Meghan. According to PopSugar, the koala naming situation came with a $5,000 donation to the preservation of local koala habitats. Australian Prime Minister Malcolm Turnbull ponied up some cash for Harry's Invictus games; on social media, he also alerted the royal couple there would be a pair of traditional Akubra hats awaiting their next visit Down Under. Over in Lesotho, Prince Seeiso and Princess Mabereng, sent the newlyweds a nonelectric portable slow cooker called a Wonderbag. The gift was more charitable than it sounds: Wonderbags have reportedly been saving lives all over Africa, and the prince and princess invited Harry and Meghan to come see the devices in action in places where electricity is hard to come by. Finally, PETA India gave Harry and Meghan their very own bull. Sort of. Seems PETA actually just adopted an injured bull on the royal pair's behalf. They named him Merry — which we're pretty sure is the royal couple's first official married portmanteau.

Nothing to see here, folks — just a 73-year-old man heading to meet the Pope clad in fur-lined, buckle-topped slippers that appear to match the deep green and purple color scheme of his two-piece paisley suit (if not the floral button-down he topped the whole thing off with). In fact, Rod Stewart, who visited the Vatican with his wife, Penny Lancaster, on Monday, May 23, owns at least one other pair of fur-lined loafer-esque slippers (perhaps a necessary remedy for the effects of chasing after eight children over the years). Last month, The Sun spotted him at the new Tina Turner musical in London in a pair of black fuzzy kicks. Those were reportedly Gucci and came emblazoned with tigers on each shoe. "The heavens opened and so did the umbrellas and our hearts," Penny later remarked on Instagram, sharing photos from the day. "The Pope asked us to pray for him and blessed us the gifts of a rosary each." According to Penny, the Pope meet-up was "unforgettable." According to us, so is her husband's fashion sense.

"Get well soon Camila!" Taylor Swift got her massive audience in Seattle to holler those words this week after her tourmate, Camila Cabello, had to cancel a performance due to dehydration. "My tour mate and friend Camila Cabello meant to be here tonight, she wanted to be here for you but she got sick," Taylor said from the stage, according to the Daily Mail. "It happens to everybody … I was thinking it might cheer her up if I were to get all 56,000 of you to scream 'get well soon Camila,'" she suggested. The crowd was more than happy to oblige. Camila, meanwhile, has a few more days to get better; the Reputation tour doesn't pick back up until June 1 in Chicago.

Ashton Kutcher is tired of seeing Ellen DeGeneres do kind things for others without ever asking for a little kindness herself. That's why he and his business partner, Guy Oseary, opted to have Ripple, the cryptocurrency app they've invested in, donate $4 million to The Ellen DeGeneres Wildlife Fund, which Ellen's wife, Portia De Rossi, recently launched. As Ashton and Guy explained this week on "Ellen," supporting the fund is basically the only thing they've ever known the talk show host to ask for a hand with, so they felt compelled to follow through. "We [told Ripple], 'There's this amazing human being and all they ever do is think about other people they can give to," Ashton explained, according to ET. "Whether it's in New Orleans, whether it's in Montecito, whether it's the people that come here, the people out there, you're always thinking about everyone else and we wanted to show you that people are thinking about you." Ellen, in return, thanked her guests and told them she loves them as tears welled up in her eyes.

Jenna Dewan and Channing Tatum may have split but there's clearly still plenty of magic in their lives, courtesy of their 4-year-old daughter, who's apparently being trained in the art of fairy-dom. Speaking to Us Weekly at the Environmental Media Associations Awards in Los Angeles on Tuesday, May 22, Jenna explained that her little girl, Everly, is becoming quite the nature buff. "She'll be like , 'Mommy, you need to recycle that.' Or 'Be careful. 'Respect nature!'" Jenna told Us. "She goes to all different camps where she's learning about nature and she's with the trees," Jenna added. "She goes to a fairy camp! It sounds really girly, but it's actually quite Girl Scout-y." It seems the camp involves trips to Griffith Park in Los Angeles where they learn about the planet.

Kanye West's Yeezy event was canceled after no guests showed up

No wonder he needs to hire a publicist. According to Life&Style, Kanye West's May 5 in-store promotion for a new collaboration between his Yeezy collection and the Australian brand 2XU in Paddington, Australia, drew exactly zero interested shoppers. A store employee tells the tab the empty event "was canceled" about 45 minutes in. Kanye, who's spent much of the month finishing up his new albums in Montana, hasn't been on everyone's good side, lately, thanks to his recent declaration that slavery in America "sounds like a choice."

Did Rita Ora write her controversial song, "Girls" about Cara Delevingne? Page Six points out the lyrics contain plenty of clues suggesting the track was all about Rita's close friendship with Cara from a few years back. The girl in question in the song, which Rita hoped would be a bisexual anthem about her "personal journey," focuses on someone named not Cara but "Lara." In the song, when Charli XCX sings, "All summer, we've been in the 'bu, '68 Chevy with nothin' to do," Page Six suggests it could be a reference to the times Rita and Cara were photographed together in the summer in Malibu. There's also a lyric in which Rexha sings, "You know I tamed it, and then I named it. I put the lion in the cage and then I laid with her." While Rita and Cara were so close Rita said they called each other "wifey" back in 2013, Cara got a tattoo of a lion. "Rita and Cara's relationship has always been speculated about and questions were asked at the time about whether they were more than good friends," said one insider. "While they never confirmed or denied anything, Rita has definitely allowed her music to do the talking. She has been honest with pals about what went on with her and Cara and, during the recording process in the studio, she was happy to discuss the model being the main influence behind the track." Though many have criticized Rita for perpetuating stereotypes about bisexuality with the song, Cara has already defended her, telling Paper magazine in a feature that ran last week that she didn't think Rita should have to apologize.

In GQ's new comedy issue, Sara Silverman weighs in on some decidedly unfunny matters. Specifically, she's asked about allegations of sexual misconduct that have hit a variety of her comedy peers and friends. Of allegations faced by Louis CK, Sarah says: "Life is complicated. Love is even more complicated. But you can't not do it. I don't have some definitive sound bite or nutshell of how I feel about it, even to myself. But I'm also okay with that … He's my brother, so it's hard. I may not have a very clear perspective on it, but I'm trying to." She similarly symapthetic when it comes to Al Franken, telling the magazine: "He and [his wife] Franni are devastated. I understand that I may have cognitive distortion, because I love him so much. But all I can say is, and he may not be excited about this, but he has no sexuality. I believe in my heart of hearts he never copped a feel … I've worked with him for years. I'm so sad that he got bullied into resigning, because all he loved in this world was being a senator. I've never met a more pure person." As for Aziz Ansari, Sarah admitted she had trouble even thinking about it. "I was just like, 'Gross, I don't wanna know that about Aziz!'" she said. "Hopefully he's dealing with things, looking inward, and will blossom from it."

For more than a year, Tesla employees have complained that management at Elon Musk's company regularly tries to scare them out of joining the auto workers union in spite of what have been called dangerous working conditions involving injuries and seeming callousness on the part of those in charge. While emails from Elon himself showed efforts to tamp down the workers' interest in unionizing, the billionaire car maker has said on social media that the UAW groups wants "divisiveness & enforcement of 2 class 'lords & commoners' system," adding, "That sucks. Managing sucks btw. Hate doing it so much." Now, his girlfriend, Grimes, is facing backlash over the tensions at Tesla — and she's bent on defending Elon, according to her recent tweets. "He has never prevented them from unionizing it's quite literally fake news," she posted this week in response to a question about Tesla and its alleged anti-union vibe (via the Daily Beast). "Trust me, i've investigated this heavily and even visited factories etc," she continued. "I have the receipts but since it effects others i'll wait til i ama w imminent new music b4 i answer more queries." Grimes later deleted the tweets, which Elon had commented on by saying employees don't want to unionize because they'd be required to "pay union dues & give up stock options for nothing." In one specific complaints issued about workplace safety, the Daily Beast reports, "an employee told the Guardian he'd seen colleagues collapse on the factory floor, and that employees were told to work around the body." 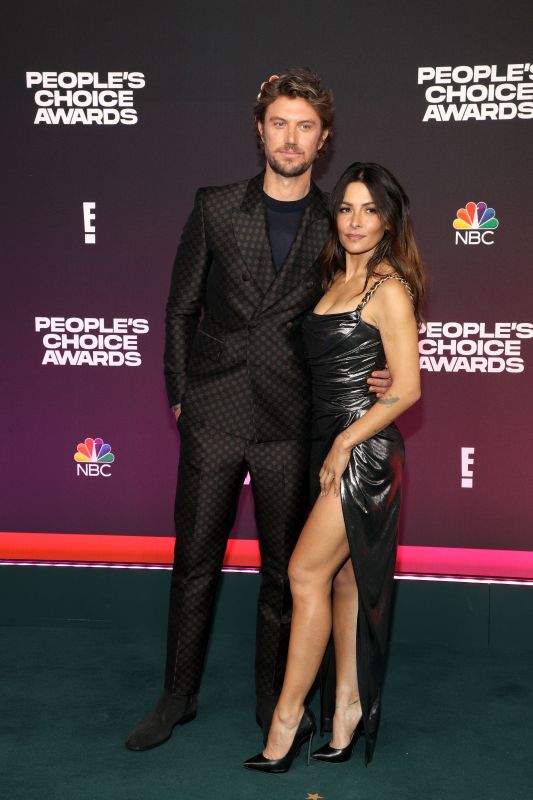