Valentine's Day might be a holiday that's meant to celebrate love, but it's also a popular time for breakups — and the rich and famous aren't immune to cruelly timed heartbreak. Wonderwall.com is rounding up the stars who saw their romances come to a tragic end right around the romantic holiday… like Lady Gaga, who had a blue Valentine's Day in 2019. Days after she attended the 2019 Grammy Awards solo on Feb. 10 — without her engagement ring — news emerged that she and fiancé Christian Carino, who was also her agent, had split. Keep reading for more stars who went through similarly unfortunately timed breakups…

News of Jennifer Lopez and Sean Combs' split broke on Feb. 14, 2001. Yep, Diddy's rep chose the holiday to announce that the couple had broken up after two years of dating.

You might have forgotten about this celebrity couple, but Amanda Seyfried and Ryan Phillippe were once an item. The two dated for a few months in late 2010 and split in early February 2011. They decided to try again in March but only lasted another four months before calling it quits for good.

Though she never publicly named Malcolm-Jamal Warner, fans assumed that Regina King was talking about her famous ex when she told Us Weekly that she'd once been dumped on V-Day. "Someone broke up with me on Valentine's [Day]," she told the outlet, adding, "Then he actually sent me flowers that said, 'I still love you' and I threw the flowers in the trash." That breakup took place in 2013.

Less than a week before Valentine's Day in 2011, Jude Law and Sienna Miller ended their on-again, off-again love affair. This was five years after Jude's infamous cheating scandal involving his family's nanny. Despite the betrayal, he and Sienna reunited and were trying to make things work. Until they realized it just wouldn't.

In 2016, news of Nina Dobrev and then-beau Austin Stowell's split emerged a few days after Valentine's Day. They'd been dating for seven months. It was then reported that the couple had ended things shortly before the holiday, which made sense because on V-Day, Nina posted a photo with her friends and captioned it, "Sunday Funday #HappyGALentinesDay."

Hilary Duff and Mike Comrie had a pretty grim Valentine's Day present in 2015 — a divorce filing. The couple — who split in January 2014 after nearly four years of marriage — made their breakup legal right around the holiday. Their divorce was finalized the following February.

Jordin Sparks certainly didn't have a happy V-Day back in 2016. That year, she and Sage the Gemini shared their breakup news just four days before the heart-filled holiday. The music stars had been dating for nine months.

What's worse than a breakup before Valentine's Day? A really tumultuous breakup that makes headlines right after the holiday. After less than a year of dating, "I Am Number Four" co-stars Dianna Agron and Alex Pettyfer went through a split in February 2011 that was reportedly so nasty, the "Glee" star moved out of their home right around V-Day — and days before their movie came out that Feb. 18 — amid claims that Alex was controlling.

Milo Ventimiglia and Hayden Panettiere ended their Hollywood romance in 2009 just a few days after Valentine's Day. The stars kicked off their two-year relationship while co-starring on "Heroes" when Hayden was 18 and Milo was 30.

How bad do you think Valentine's Day 2012 was for Sophia Bush and Austin Nichols? News that the couple — who were co-stars on "One Tree Hill" and dated on and off for six years — had split was made public one day after the holiday that year.

Though they didn't have a super-lengthy relationship — about nine months — Nick Jonas first showed he had a penchant for older women in 2011 when he dated Australian singer Delta Goodrem when she was 27 and he was 19. They confirmed their breakup a week after Valentine's Day in 2012.

"Teen Mom" star Maci Bookout split with boyfriend Kyle King the week before Valentine's Day in 2012. The breakup happened after Maci discovered Kyle had been cheating on her. Yikes! Though the two eventually got back together — they dated on and off for around two years — they didn't last. 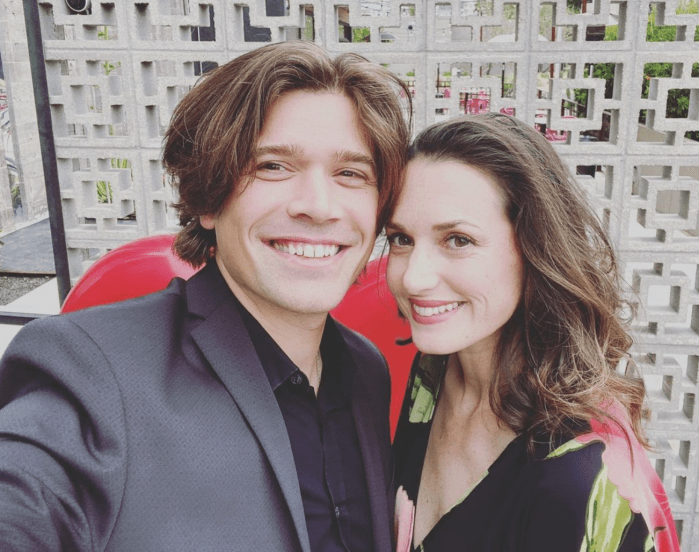