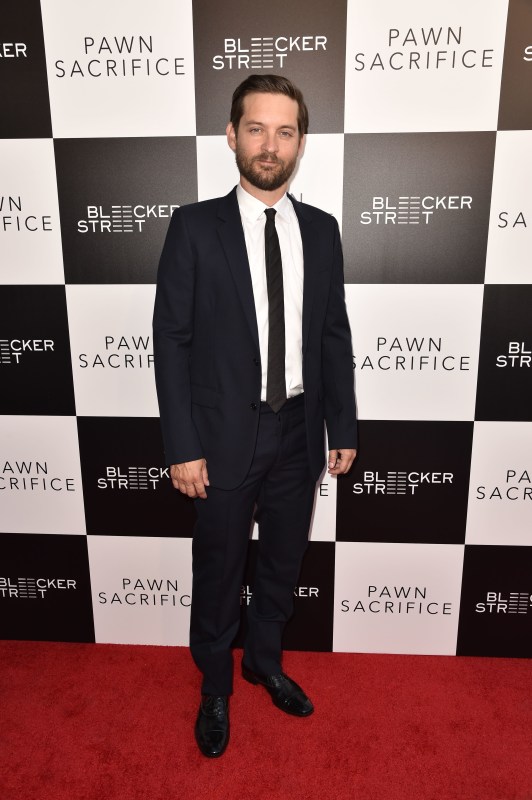 Tobey Maguire did NOT pursue Emma Stone and get her phone number at the Chateau Marmont in Los Angeles, despite a made-up tabloid report. Gossip Cop can exclusively bust this claim. We're told it "never happened."

According to Life & Style, Maguire recently spotted the La La Land star at the swanky Hollywood hotel. A so-called "source" tells the magazine, "He was checking her out a lot, hoping she'd notice him." The outlet's dubious insider goes on to say that the actor eventually approached her, and began "showering her with cheesy compliments, telling her how all of Hollywood was in love with her."

The magazine's "source" then purports that Stone "didn't seem interested in him," but she "finally gave him her number and suggested meeting up for coffee, then ran off." The supposed insider adds, "It was pretty obvious she was blowing him off."

Gossip Cop, however, checked in with a reliable source close to the actor, who exclusively tells us the tabloid's entire account of events is made-up and simply "never happened." Unfortunately, we're not surprised that Life & Style published this completely fictitious story. Gossip Cop previously busted the outlet for falsely alleging Eva Mendes was jealous of Stone's friendship with Ryan Gosling. There was no truth to that claim, and the same goes for this latest one.