Eminem's surprise new album Kamikaze is not a financial flop, despite a provably false report. Gossip Cop can debunk the baseless claim. The record is on course to top the charts worldwide. 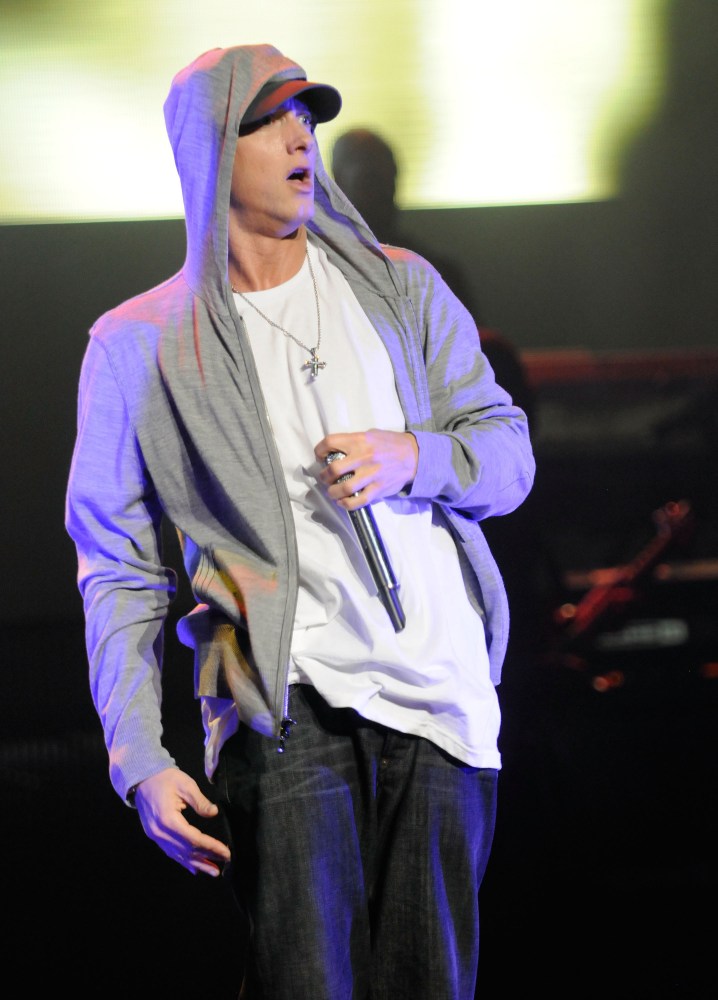 "Eminem's Anti-Trump Album Flops; Rapper Desperate For Cash," reads an inaccurate YourNewsWire headline. The blog goes on to say that the rapper's latest album "has been his biggest flop to date, according to disappointing record sales." The website doesn't provide any numbers or statistics to back up its claim, and that's because it's completely untrue.

Instead, the outlet tries to substantiate its bogus story by copying and pasting The Hollywood Reporter's negative review of the album. The trade publication may not have liked the record, but that has no relation to its commercial success, despite the blog alleging it's a financial failure.

Kamikaze, which dropped on August 31 with no advance notice, is on track to become Eminem's ninth album to debut at No. 1 on the Billboard 200 chart. Meanwhile, Forbes noted that Kamikaze is "on track for some chart-topping records" in the UK, where it's projected to become the rapper's ninth consecutive No. 1 album. That breaks the record for the most consecutive chart toppers in the territory.

These numbers are even more impressive considering that Kamikaze isn't available to purchase on CD until Friday. The album has only been available as a digital download in its first week of release. Forbes even noted in its article, "Other artists can learn some business lessons from the U.S. rapper's textbook surprise release, which is set to boost his $100 million fortune." Simply put, Eminem isn't exactly "desperate for cash," as the blog suggests.

It's also inaccurate to describe Kamikaze as an "anti-Trump album." The rapper takes aim at the president during a single song on his 13-track album, and it's only for a few verses. The album also includes digs at Drake, Machine Gun Kelly, Charlamagne Tha God and Tyler The Creator, to name a few. Kamikaze is no more an "anti-Trump album" than it is an "anti-Tyler the Creator album." Variety even said in its review, "Bypassing most of his famed loathing of Trump… Kamikaze focuses most of Eminem's racing caustic disgust with his own trade."

Conclusion: YourNewsWire's article is provably untrue based on statistics alone. The blog cited a negative review of Kamikaze as the only proof of the album's so-called "disappointing record sales," but one has nothing to do with the other. Actual record sales, reported by both Billboard magazine and Forbes, show that Eminem's latest album is poised to break records.

Brad Pitt, Jennifer Aniston NOT On Italian Getaway With Shiloh, Despite Report