Gigi Hadid wants to date Harry Styles? That's the surprising premise of a new report about the model. But Gossip Cop can debunk the story. 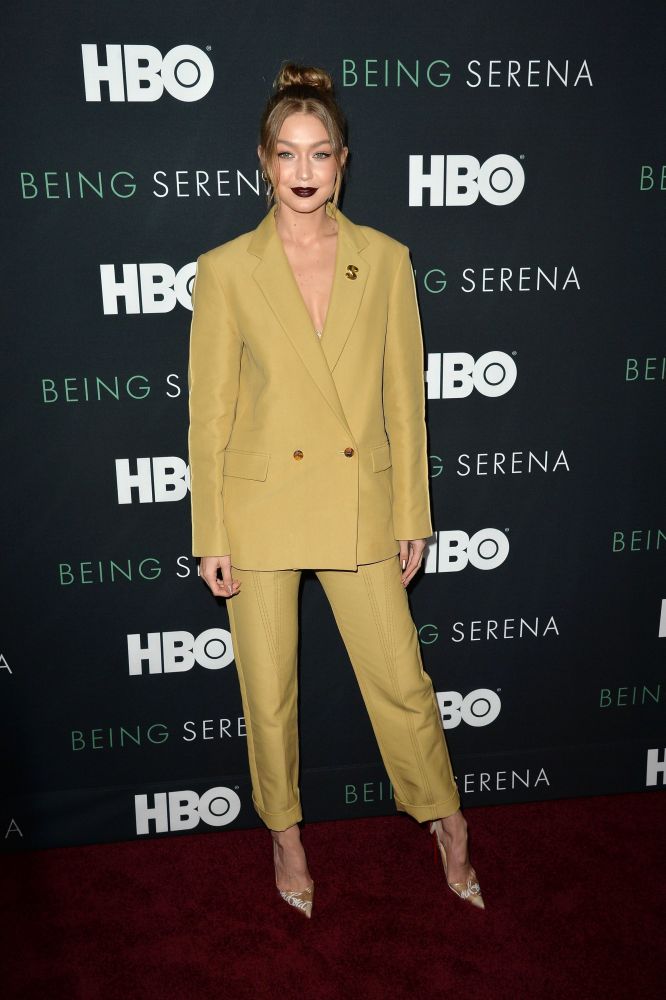 According to NW, Hadid is "on the prowl" and "hunting for [her] next Mr. Right, or at least Mr. Right Now." In the wake of splitting from Zayn Malik in March, she is described as "very ready to mingle," in part due to "urging" from her mom Yolanda. "And at the top of Gigi's man wish list is none other than Zayn's former band mate," contends the tabloid.

"She's always had a crush on him," a so-called "insider" is quoted as saying. The gossip magazine suggests a Hadid-Styles hookup would be a "bit against girl code," since close friend Kendall Jenner previously dated the singer. But "she reckons Kenny will give her her blessing," claims the supposed source, who asserts Jenner and Styles "were never that serious anyway." The alleged tipster adds, however, "But it's going to be a serious slap in the face for Zayn when he finds out!"

Actually, Malik has nothing to worry about since he and Hadid are back together. This poorly-timed article comes just after Malik and Hadid were photographed kissing on a New York City street. Malik was also caught spending the night at Hadid's Manhattan house less than two weeks ago. The sightings came not long after Malik indicated his song "Let Me" was about Hadid, saying in an interview, "I was in love and I think that's pretty evident and… I was aspiring to be in love with someone for the rest of my life."

When Hadid posted a statement on Twitter about her breakup with Malik, she noted, "As for the future, whatever's meant to be will always be." At the time, many interpreted the comment as a sign the door was open for the pair to get back together. Now it's apparent that they have, which means Hadid is not, in fact, "on the prowl" and "ready to mingle" with other guys. And she certainly isn't pursuing a romance with Styles.

It should also be noted that opposed to "always" having a "crush" on Styles, he and Hadid had an awkward red carpet run-in 2015. Then in 2016, Hadid was accused of throwing "shade" at him via Snapchat. It's also curious that in terms of breaking the "girl code," the tabloid doesn't mention that Hadid's close pal, Taylor Swift, also dated Styles. One would think that if she was really after the British star, she wouldn't only be seeking Jenner's approval. Regardless, Hadid has no intention striking up a romance with Styles, anyway.