Brad Pitt has long been one of Hollywood's most handsome leading men. In honor of his 57th birthday on Dec. 18, 2020, Wonderwall.com is taking a look at our favorite vintage photos of the Academy Award-winning actor… What a throwback! Brad is seen here at the Jimmy Stewart Relay Marathon Cocktail Reception in Los Angeles in 1988. From his dirty-blonde locks to his oversized leather jacket, he was the ultimate baby-faced hunk! Keep reading for more nostalgia-inducing photos of Brad…

Brad Pitt was absolutely irresistible when he starred as Tristan Ludlow in 1994's "Legends of the Fall."

Brad Pitt and Jennifer Aniston forever! The former "it" couple is pictured here at the 1999 Emmy Awards in Los Angeles.

RELATED: Our favorite photos of Brad and Jen to mark what would have been their 20th wedding anniversary

Brad Pitt flashed a winning grin as Frankie McGuire in 1997's "The Devil's Own."

In need of some serious late-'80s fashion inspiration? Look no further. Brad Pitt attended the premiere of "Eddie & The Cruisers 2" looking incredibly stylish for the time (and handsome!) in 1989.

We're not quite sure what we adore more — Brad Pitt's dramatic sunglasses or his baby pink bandana! The heartthrob is seen here posing up a storm in a 1988 photo session.

Brad Pitt was still sporting the super-blonde hair he had in the film when he attended the premiere of "Seven Years in Tibet" in October 1997.

Brad Pitt's Achilles may have been a mere mortal, but the actor looked every inch a golden god in 2004's "Troy."

Brad Pitt and Angelina Jolie's chemistry was palpable when they co-starred in 2005's "Mr. & Mrs. Smith." (The former couple have admitted they fell in love on the set of the steamy action flick!)

2008 marked the year in which Brad Pitt played Chad Feldheimer in 2008's "Burn After Reading." What a dreamboat!

Brad Pitt made us swoon when he starred as Louis in 1994's "Interview with the Vampire."

We loved him in this role! In 2011, Brad Pitt starred in the sports biopic "Moneyball." He portrayed Oakland Athletics General Manager Billy Beane.

Congratulations, Brad! At the 2001 Golden Globes, Brad Pitt took home the award for best supporting actor for his performance in "12 Monkeys." He sure cleaned up well too!

The pout! The hair! Those eyes! There was just so much to love about Brad Pitt in 1989's "Cutting Class."

In 1997, Brad Pitt and then-girlfriend Gwyneth Paltrow attended the premiere of "The Devil's Own" in New York City sporting matching blonde haircuts. Brad, who smoldered on the red carpet, co-starred in the film alongside Harrison Ford.

How edgy! Brad Pitt is seen here at the "Mr. & Mrs. Smith" Los Angeles premiere in 2005 rocking a seriously bleached-blonde 'do.

Looking good! In 1998, Brad Pitt attended the Los Angeles premiere of "Meet Joe Black," in which he starred alongside Anthony Hopkins and Claire Forlani.

Brad Pitt's baby blues sparkled when he starred as Detective David Mills in the 1995 crime-thriller "Seven."

Brad Pitt and then-girlfriend Angelina Jolie held on tight at the premiere of his movie "The Assassination of Jesse James by the Coward Robert Ford" during its Toronto International Film Festival premiere in 2007.

Who knew fly fishing could be so sexy? Brad Pitt looked adorable as Paul Maclean in 1992's "A River Runs Through It."

Brad Pitt was so bad he was good when he played Tyler Durden in 1999's "Fight Club."

While we weren't huge fans of his hair here (sorry, Brad!), this one's still a worthy throwback. Brad Pitt is seen here at the premiere of "Solaris" in 2002.

It might have something to do with his job description, but we sure love Brad Pitt as First Lieutenant Aldo Raine in the World War II-set 2009 film "Inglourious Basterds."

Brad Pitt looked sexy while brooding in black as the titular outlaw in 2007's "The Assassination of Jesse James by the Coward Robert Ford." 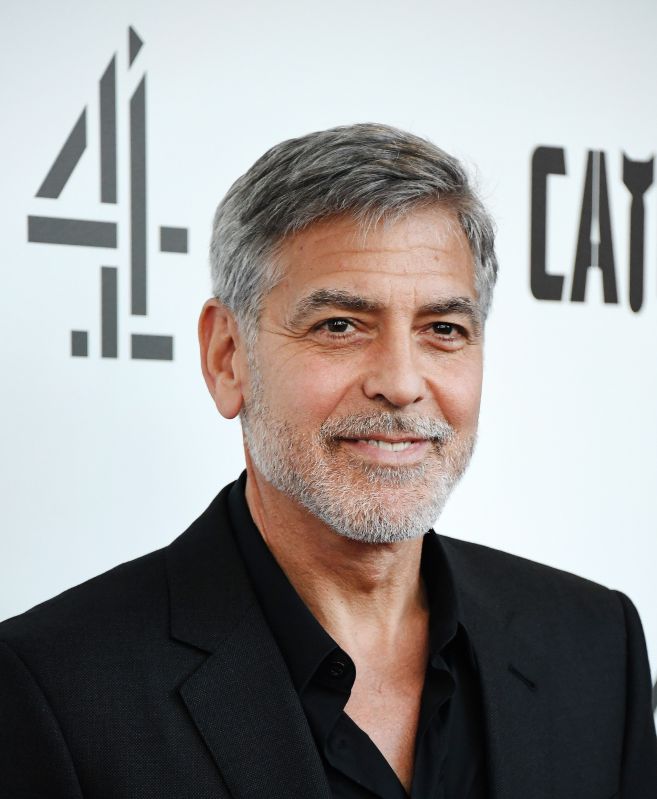 Up Next Holy Hotness!