This past week in celebrity news was full of surprises — surprise splits and a surprising date with a world leader. Bradley Cooper and Irina Shayk also surprised everyone when it was revealed that they secretly became parents in late March. The news leaked on April 9. One day later, E! News reported that Irina and Bradley welcomed a girl. They named her Lea de Seine Shayk Cooper. "They are both extremely thrilled and feel so blessed," a source told the outlet.

In January, Janet Jackson and husband Wissam Al Mana welcomed son Eissa, the highlight of their year. However, they soon marked a low point. It was reported this week that Janet and Wissam have split after nearly five years of marriage. There are differing views on the reason for the breakup. Page Six quoted two sources on the matter: One said the split was amicable, while another said that Janet felt her husband was too controlling during her pregnancy. As the week went on, more reports indicated that the marriage had been crumbling for a while and the two had definite cultural differences. "For years, Janet tried to adapt to his culture," a source told People magazine (Janet was raised Jehovah's Witness; Wissam follows Islam). "Since it's not a culture she grew up with, it's been challenging for her. She often felt she disappointed Wissam."

Caitlyn Jenner is now a woman in every way. The reality star has undergone gender reassignment surgery, she reveals in her upcoming memoir, "The Secrets of My Life." On April 10, excerpts from the book were obtained by Radar Online. "The surgery was a success, and I feel not only wonderful but liberated," Caitlyn writes. Further, she said that she is coming forward about the surgery now "so all of you can stop staring … You want to know, so now you know. Which is why this is the first time, and the last time, I will ever speak of it."

RELATED: How the Kardashian-Jenner family has transformed over the years

Jennifer Garner and Ben Affleck have officially pulled the plug on their marriage. On April 13, Jen formally filed divorce documents, nearly two years after they announced that their marriage was over. Ben filed his response at the same time in a coordinated move. The divorce is incredibly amicable. Reports reveal the duo will likely use a mediator rather than a judge. There was no prenup, reported TMZ, but money isn't expected to be a factor as the former couple is reportedly nearly finished negotiating a financial settlement. In their paperwork, they both asked for joint legal and physical custody of their three kids: Violet, 11, Seraphina, 8, and Samuel, 5. Neither of them has asked for spousal support.

Brad Pitt is the hottest commodity in Hollywood among the ladies these days. A report in the New York Post this past week claimed the actor has been fielding all kinds of phone calls from ex girlfriends. For now, he's been "fending off [their] advances," the newspaper reported. Some of the women have been flirty while others have been borderline "stalking." "Brad has been dating a bit, but he is extremely careful to keep it secret," a source told the Post. "He's focused on his kids, and he's happy — now that he has settled his divorce from Angelina — to be out of the public eye."

It was fun while it lasted! On April 10, it was revealed that Mariah Carey and her boyfriend of six months, dancer Bryan Tanaka, had broken up. "The split happened very recently. Mariah ended it — everyone hoped that she would. She has better things to focus on," a source told People magazine. "Mariah is happy. She is focusing on her kids and new music." TMZ alleged that the two split because of Bryan's excessive spending habits and his jealousy over Mariah's relationship with ex-husband Nick Cannon.

Who knew?! Kim Richards has one degree of separation from the White House! Turns out that the "Real Housewives of Beverly Hills" star once dated the leader of the free world. While filming a "Housewives" reunion, host Andy Cohen asked her, "I heard a rumor that you once dated Donald Trump. Is that true?" She replied, "Yes, let's not get into it," adding that she had dinner with him once. "I don't want to talk about the president."

Former "The Hills" stars Heidi Montag and Spencer Pratt are about to embark on a new adventure: parenthood. The love-to-hate-'em couple announced this past week that they are expecting. In an Us Weekly cover story, the couple recalled the moment they got the news. Spencer said he woke up one morning to his wife basically standing over him. "The look on her face, I can't even describe it," he said. "She was literally glowing. I thought she was about to say she made muffins or banana bread." She then told him that she was pregnant. "I was like, 'Whoa, that's way more exciting than banana bread!'" Spencer recalled. Heidi said she began crying tears of joy. The baby is due in October.

The truth shall set you free! For years, reports of a Katie Holmes and Jamie Foxx undercover relationship have circulated in the media. Jamie has long denied the rumors while Katie always seems to avoid the question. Now, though, it seems they might be ready to go public with their love. A source told Us Weekly the actress is "tired of playing the hiding game" and intends to "go public." "To make it impossible to get photo evidence that they are together, they traveled in cars with tinted windows and took secret back elevators," a second person said. Time will tell if those days are coming to an end. 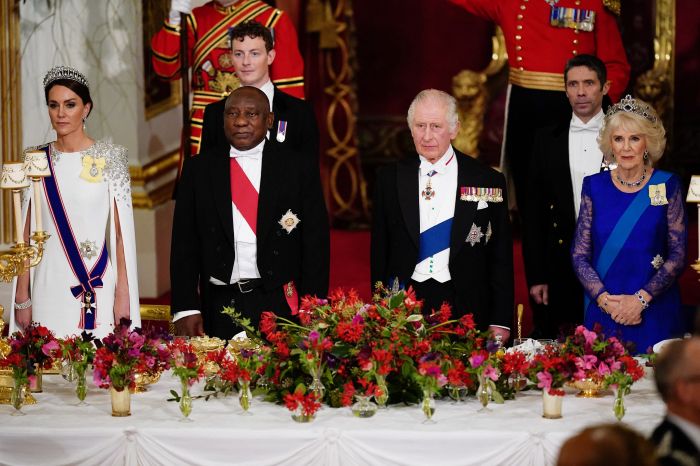