Kate Beckinsale and Matt Rife have 'fizzled out'

It's over between Kate Beckinsale and actor/comic Matt Rife, according to a new report from Us Weekly. Less than two months after Kate, 44, and Matt, 21, were spotted kissing outside Villa Lounge in the West Hollywood section of Los Angeles, a source tells the tab the pair have decided to call it quits. "They went on a couple of fun dates," the insider said of Kate and Matt, who were last seen together at the Sherman Oaks Galleria on June 27. "It fizzled out weeks ago. She's happily single and has a lot going on." Said a second insider: "Kate is very busy with her daughter and her career." Having recently completed appearances pegged to the "Underworld" series at Comic-Con in Tampa Bay, Florida, Kate is currently promoting her new film, "The Only Living Boy in New York," due out this week. Lily, the 18-year-old daughter Kate shares with Michael Sheen, is reportedly getting ready to start college in the fall.

Divergent hopes and expectations for their family life may be at the root of Chris Pratt and Anna Faris' decision to call time on their marriage of eight years. TMZ reports that while Anna wants a "traditional" family setup, including more kids and more time spent together, Chris is more focused on taking advantage of career opportunities now that he's more in demand than ever in Hollywood. He also is reportedly not open to raising more children given the increasing acting demands on his time. Sources tell the website that while the family issue was "a big factor" in the stars' split, there is no bad blood between the two, who are said to be "incredibly sad" about the divorce they're likely to pursue.

After their volatile split, it looks like the dust may be settling for Rob Kardashian and Blac Chyna. According to Chyna's lawyer Lisa Bloom, the exes will not appear before a judge on Tuesday, Aug. 8, as planned regarding the restraining order Chyna got on Rob after he posted graphic pictures of her on social media. Instead, they hope to settle their issues out of court. "We are working toward a resolution and wanted a little bit more time to see if we can get there," Lisa tells Us Weekly. "If we can't, we are ready willing and able to go forward with the hearing on Sept. 18." Despite the restraining order, Rob and Chyna have continued to share responsibilities for their 8-month-old daughter Dream. "They coparent pretty well in terms of scheduling," a source told Us this month. "They split the time pretty equally based on each other's schedule. They have two nannies that alternate, so that also makes it incredibly easy. A nanny is with Dream 100 percent of the time, even when she's sleeping. It's 24-hour care for Dream."

Naomi Watts and Billy Crudup are 'very into each other'

"Gypsy" costars Naomi Watts and Billy Crudup are taking things slowly. Earlier this summer, multiple publications reported the actors, who play a married couple on their Netflix series, have been seeing each other off-screen. "Naomi and Billy are dating, but in the early stages," a source tells Us Weekly. "They're very into each other." Both Naomi and Billy have children from previous relationships — Billy has a daughter with Mary Louise Parker while Naomi shares two sons with Liev Schreiber, whom she split from last year. "I mean, I'm single. I'm coparenting," she recently told Vogue Australia. "There are good days and bad days. Liev and I are on great terms and we're trying to do our absolute best for the sake of the children, and we hope to keep moving forward in that way. He's fantastic dad, a wonderful, wonderful man, and we still want the absolute best for each other."

In "Joan Rivers Confidential: The Unseen Scrapbooks, Joke Cards, Personal Files, and Photos of a Very Funny Woman Who Kept Everything," Joan's daughter Melissa reveals some of what she discovered after Joan's death in more than 50 boxes of memorabilia. Among the items she and co-author Scott Currie describe in the pages are a library book about navigating showbiz Joan apparently stole — and memorized — as a young girl, a Brooklyn Ethical Culture School report card circa 1938 in which Joan was described as having "a keen desire to succeed" and a play from nursery school that Melissa believes made her mother think "a theatrical career makes you a fairy princess," according to the New York Post. The book also reveals details about Joan's "childhood insecurities" and how they fed 564 jokes, all written out on index cards, about Joan's parents "hating" her. The book is slated to hit shelves on oct. 24.

An Instagram post alleging Kendall Jenner failed to tip on a $24 tab at the bar and music venue Baby's All Right in Brooklyn, New York, has been taken down after Kendall issued a one-tweet denial of the claim. Posted on the club's Instagram account after an A$AP Rocky performance, the pic showed Kendall's signature at the bottom of the bill, with nothing in the tip field. "Don't forget to tip your bartender," the caption read. On Monday, Aug. 8, Kendall tweeted, "Damn. I guess next time we won't tip in cash." The original Instagram post was no longer available by the following morning, according to the New York Post .

What's next for Rachel Lindsay and her fiance? (SPOILER ALERT!)

"The Bachelorette" star Rachel Lindsay has made her final decision (and if you're still planning to watch the finale, you might want click on to the next slide). Now that she's found her Mr. Right, when will we hear wedding bells for the happy couple? "She wants to do a winter wedding, and whatever she wants, she gets," Rachel's fiance Bryan Abasolo said on "After the Final Rose" on Monday, Aug. 7 (via Us Weekly). "We're not rushing anything. We just want to build our lives together in a normal sense," Lindsay said, adding that part of being "normal" means coming out of hiding as a couple, now that the finale has aired. "We just want to grab coffee and go to the movies," said Lindsay. Bryan, meanwhile said he wants to "show this woman off." The couple is planning to move in together, they added, and have narrowed it down to Dallas, Los Angeles or Miami.

Dreaming of a permanent tropical vacation option? If you've got $30 million to spare, Mel Gibson's Costa Rica bungalow compound might be right up your alley. The actor, who recently put his Malibu home on the market, is selling the three-building property for $29.75 million, which the Daily Mail reports reflects a $500,000 price drop from its initial listing in 2014. The pad comprises three coral/stone hilltop villas featuring 11 bedrooms total plus 400 acres of private forest and two-plus miles of coastal land in the Nicoya Peninsula. Amenities include verandas as well as swimming pools and a tanning area.

Lisa Vanderpump, her husband Ken Todd and their Vanderpump Dog Foundation are being sued by the dog rescue organization Spot Rescue. According to TMZ, Ken demanded the group pony up some dogs for a fundraiser gala he and Lisa were hosting. When the exec explained that wasn't something Spot normally does and declined, the exec says Ken assaulted her, throwing her "against a wall," then yelling, "Do you know who I am? I will ruin your life!" Spot also claims Ken and Lisa agreed to share the $64,000 profits from the fundraiser, then told Spot it would only pay a portion of the funds raised — and on the condition that Spot drop the assault claims. Lisa, meanwhile, says her husband never harmed any representative from Spot Rescue, adding that Spot only came after her and her husband for money after being informed about the amount of money the event raised.

How Countess LuAnn de Lesseps is getting through her breakup

Luann de Lesseps is bouncing back from her recent split from Tom D'Agostino with multiple trips out of the country and plenty of social media updates. This week, the "Real Housewives of New York" star changed her name to reflect her newly minted single status, tweaking "Luann D'Agostino" back to "Luann de Lesseps" on both Twitter and Instagram, E! News reports. Other posts this week show the countess enjoying a trip to Switzerland after her visit to Mexico with "RHONY" pals Carole Radziwell and Sonja Morgan. "Just what the doctor ordered!" she captioned a photo of herself on a bridge with mountains looming behind her. "#hiking #waterfall #timetomyself #happiness," she added. 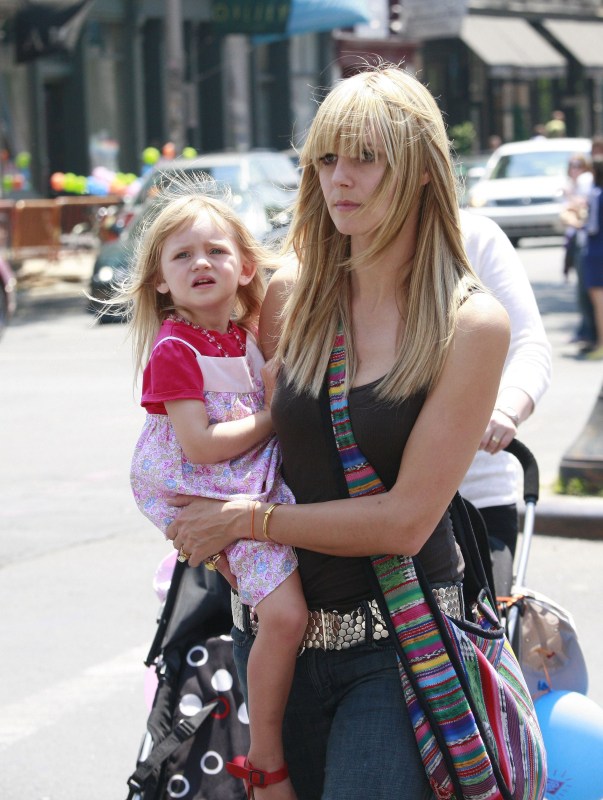