"Mad Men" alums Christina Hendricks, January Jones and Kiernan Shipka reunited over dinner this week and judging from the pics they all shared on social media afterwards, a good time was had by all. "Before there were even #goodgirls there were these #madwomen!" Christina, 46, captioned a shot of the three on Instagram. "Girls night," wrote January, 43, alongside a similar pic on her page. "Coulda sat there all night ladies, I missed you so. #SpritesReunite." Kiernan, 21, chimed in on her former on-screen mom's comment thread with, "I LOVE US," to which January replied, "same." The trio's award-winning show, which also starred Jon Hamm as Kiernan's TV dad, Don Draper, ended in 2015 after seven seasons. Asked if he'd want to return for a "Mad Men" reboot someday, Jon told ET last year that he's not a fan of the Hollywood trend. "I'm of the belief that when a story's told, it's probably done being told," he said at the time. "So I don't know, maybe there's another version of it out there somewhere, but I hope not."

RELATED: 'Mad Men' cast: Where are they now?

Scarlett Johansson is taking the studio that produced her new blockbuster, "Black Widow," and all of her previous Marvel Entertainment films to court. In a move the Wall Street Journal predicts could "be a bellwether for the entertainment industry," Scarlett filed suit against Disney on July 29, alleging the movie giant breached her contract by releasing "Black Widow" on its Disney+ streaming service at the same time it hit theaters. The star claims her contract stipulated the film was to be released exclusively in theaters and that her salary was "based in large part" on the movie's box office performance, according to WSJ. "Disney intentionally induced Marvel's breach of the agreement, without justification, in order to prevent Ms. Johansson from realizing the full benefit of her bargain with Marvel," Scarlett's lawyers said in the suit. The actress' team reportedly attempted to renegotiate her contract after learning "Black Widow" would be released simultaneously in both formats but claims Disney was "unresponsive." A rep for Disney dismissed the suit as meritless, adding that it was "especially sad and distressing in its callous disregard for the horrific and prolonged global effects of the Covid-19 pandemic." Said the rep: "[Disney] fully complied with Ms. Johansson's contract and furthermore, the release of 'Black Widow' on Disney+ with Premier Access has significantly enhanced her ability to earn additional compensation on top of the $20 million she has received to date. An insider familiar with Scarlett's contract told WSJ she could lose as much as $50 million because of the streaming release.

Jared, is that you?! Twitter users flooded the social media platform with reactions to Jared Leto's shocking "House of Gucci" transformation on July 29 after United Artists released new movie posters for the forthcoming Ridley Scott film. For his turn as the former fashion house exec Paolo Gucci, Jared, 49, trades his naturally pretty features, svelte bod and long, dark locks for makeup and prosthetics that rendered him balding, overweight, puffed-out and gray. "Jared Leto looks like Dr. Phil 😂," one Twitter user sniped as Jared's name started trending. Some fans cited the star's similarly drastic transformations for movies like "Dallas Buyers Club," with one calling him a "chameleon" and another tweeting out an imagined conversation between Jared's agent — "Jared, we have a potential new project for you. You'd be wearing prosthetics and makeup. Let me tell you what they movie is abou–" — and Jared, who cuts off the agent, declaring he's "in." Based on the 1995 murder of fashion house director Maurizio Gucci (Adam Driver), by his ex-wife Patrizia Reggiani (Lady Gaga), "House of Gucci" hits theaters Nov. 24.

After Simone Biles withdrew from the women's gymnastics all-around competition in Tokyo to focus on her mental health, 18-year-old Minnesota native Sunisa Lee stepped in — and took home the gold. Her win — the first Olympic title ever for a Hmong American gymnast — left her and her teammates understandably ecstatic. "This is a crazy experience," Sunisa told Hoda Kotb. "Like it doesn't even feel like real life. I'm going to be like, 'Oh my gosh am I an Olympic gold medalist?! No!" Simone, who'd cheered Sunisa on from the sidelines, later posted about her friend and teammate on social media, writing, "CONGRATS PRINCESS … absolutely killed it!!! OLYMPIC CHAMPION RIGHT HERE !!! So so so beyond proud of you!!!!" Hollywood was equally proud and excited. "SUNI LEE. That's the tweet," Kerry Washington tweeted, sharing a GIF of the athlete looking like graceful and determined as she stretched her arms out beside her. Kerry's "Little Fires Everywhere" costar Reese Witherspoon also cheered for Suni, showing off a photo of the teen on her Instagram Stories with the caption, "WOWZA!!! SO THRILLED FOR @SUNISALEE_ AND HER INCREDIBLE SHOWING IN TOKYO!"

Marilyn Manson has filed to dismiss a sexual abuse lawsuit brought against him by "Game of Thrones" actress Esme Bianco, one of four women who are suing the rocker for allegedly assaulting them. In a motion filed July 28, the singer, whose real name is Brian Warner, slammed Bianco's claims about him as "untrue, meritless and a key component of a coordinated attack," according to People. The actress has alleged, among other things, that Warner chased her with an ax while chopping holes in the walls, cut her with a "Nazi knife" while the two were having sex and threatened to "harm her" if she told anyone. Warner's lawyer argues in the new filing that Bianco and the other women suing the singer "spent months plotting, workshopping, and fine-tuning their stories to turn what were consensual friendships and relationships with Warner from more than a decade ago, into twisted tales that bear no resemblance to reality." The papers go on to allege Bianco has no evidence to prove her allegations, saying she and "her co-conspirators are desperately trying to conflate the imagery and artistry of Warner's 'shock rock' stage persona, 'Marilyn Manson,' with fabricated accounts of abuse." The defense also notes the alleged incidents took place outside the two-year statute of limitations. In addition to sexual abuse and battery, Bianco's suit accuses Warner of human trafficking.

The world's highest paid female recording artist is expanding her empire. This week, Rihanna shared a teaser on her Fenty Beauty Instagram page alerting fans, "something sensual, confident yet sexxy ✨coming your way very soon…😉". According to Harper's Bazaar (and a pair of Twitter pics that followed), that "something" is Fenty's very first perfume. Rih has yet to divulge the name or release date for the new fragrance, but if the way the singer herself smells in any indication, the world's noses are in for a treat. After all, this is a woman whose scent has inspired an entire Twitter thread of compliments from famous folks ranging from Lil Nas X to Ryan Seacrest to Cardi B to Jennifer Lawrence. Per Bazaar, Fenty Hair is expected to follow the Fenty Parfum venture.

Bruce Springsteen has "respectfully declined" to have a rest stop along the Garden State Parkway named in his honor. That's according to a rep for the New Jersey Hall of Fame, which announced this week that plans are underway to rename nine service areas along the busy highway after famous New Jersey-ites. Famous names that will soon adorn the highway-adjacent clusters of public restrooms, gas stations and Auntie Anne's pretzel spots include James Gandolfini, Whitney Houston, Jon Bon Jovi and Frank Sinatra, according to NorthJersey.com. No further details were given about why The Boss, who was born in Freehold, N.J., declined. (Perhaps he's holding out for the parkway itself to be christened "Thunder Road.")

After declaring 2020 her "Year of Health," Rebel Wilson is reflecting on what she says has been a 70 or 75-pound weight loss that she embarked on in the interest of freezing healthy eggs so she could become a mom someday. "So far, [I] have not gained any of it back, which is pretty cool, because never in my life have I been able to do that," the actress said in a July 26 Instagram Live Q&A (via Hello!). Citing "adequate sleep, walking, hydrating [and] drinking water" as her favorite tips for getting in shape, Rebel, 41, also replied to a question about what first inspired her to make such major changes. "It first started when I was looking into fertility stuff and the doctor was like, 'Well, you'd have a much better chance if you were healthier,'" she recalled, admitting that the doctor's suggestion mildly "offended" her because she thought she was "pretty healthy" already. "That's kind of what started it, that if I lost some excess weight that it would give me a better chance for freezing eggs and having the eggs be a better quality. It wasn't even really myself, it was more thinking of a future mini-me, really," she explained. "Everybody's journey is different, and it's not a race or competition," Rebel added. "… So I try not to compare myself to other people." 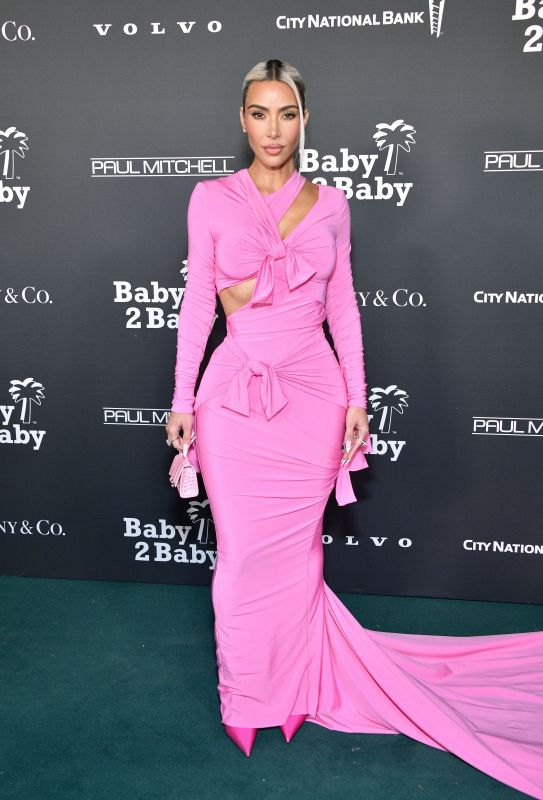