Are Joaquin Phoenix and Rooney Mara fighting nonstop over the actor's refusal to get married and have kids? One of this week's tabloids claims the couple is headed for a split over a disagreement about settling down and starting a family. Gossip Cop looked into the situation and we can set the record straight. 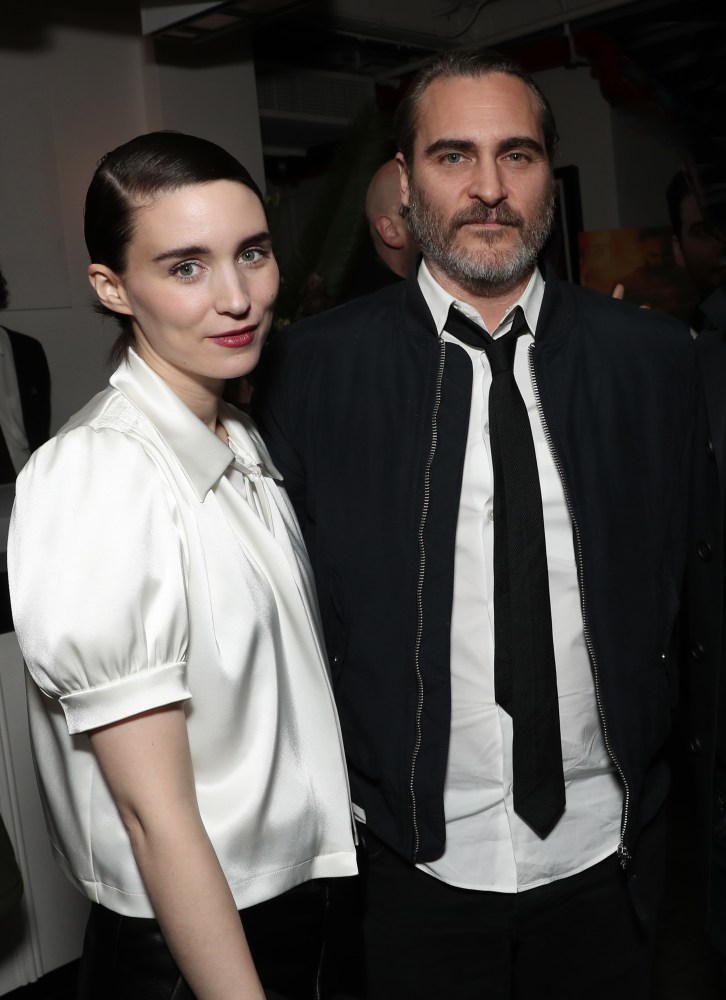 According to Star, the actress is eager to have a baby with her boyfriend of two years now that her older sister, Kate Mara, is having her first child with husband Jamie Bell. A supposed source tells the magazine, "Rooney always wants what her sister has – but getting Joaquin to commit is another story. Joaquin is like this wild animal that Rooney has been trying to tame."

The alleged insider goes on to say that Phoenix "marches to the beat of his own drum and says he's too into his work to pick up his laundry, let alone become a dad." The suspicious tipster adds, "If Rooney wants kids with Joaquin, she's got a long wait ahead of her. This could be the thing that rips them apart!"

The magazine's take on the couple's relationship simply isn't accurate. In reality, Phoenix and Mara are on the same page when it comes to not getting married. In a recent article detailing the couple's very private romance, it was reported that they're "so in love," but have no plans to tie the knot "because they think marriage is too mainstream." Gossip Cop also checked in with a source close to the situation, who wasn't able to speak on the record, but assures us the tabloid's story is false.

Meanwhile, there's a ton of additional evidence that the couple's relationship is going strong. Last month, Phoenix and Mara served as co-chairs of a charity event at The Art of Elysium gala in Los Angeles. The happy couple was spotted smiling with their arms around each other at the function. Also last month, Phoenix and Mara were spotted on a romantic stroll in Los Angeles, where the actor once again wrapped his arm around his girlfriend.

Last year, Gossip Cop busted Star's sister publication, OK!, for falsely claiming Phoenix and Mara were headed for a split because she wanted to move to New York City while he preferred to live in Los Angeles. The couple still happily live together on the West Coast. A few months ago, the same magazine made up a story about Pheonix's role as the Joker causing problems in the couple's relationship. This latest article about the famous pair is more fiction.