Howard Stern has no love for anti-vaxxers who cite "freedom" as their reason for refusing to get inoculated against COVID-19. "When are we gonna stop putting up with the idiots in this country and just say it's mandatory to get vaccinated? … F*** their freedom. I want my freedom to live," he said on his SiriusXM Radio show this week, according to The Hollywood Reporter. "I want to get out of the house. I want to go next door and play chess. I want to go take some pictures," he continued, adding that when he was in school, vaccines against contagious ailments were mandatory. "As I remember, when I went to school, you had to get a measles vaccine. You had to get a mumps vaccine," he said. The shock jock went on to suggest people who refuse to be vaccinated should also be refused access to treatment if they contract the virus, since hospitals around the country are struggling to keep beds and medical personnel available because of the high number of unvaccinated COVID-19 patients. "You had the cure, and you wouldn't take it," he said. Finally, Howard took aim at conservative radio hosts who spurned the vaccines on their shows even as study after study proved them to be safe and effective protection against severe illness. "It's really funny when these radio — the radio guys are the best, they're like four of them died — four of them were like ranting on the air. They will not get vaccinated," he said. "They were on fire, these guys. It was like day after day, they were all dying and then their dying words are 'I wish I had been more into the vaccine. I wish I had taken it.'" In August alone, two conservative radio hosts based in Florida and one based in Tennessee died from complications of COVID-19.

Nick Cannon open to having more kids after baby No. 7

Father of seven Nick Cannon would happily welcome another child. In a recent chat with TMZ, the "Wild 'N Out" star was asked about his new twin boys with Abby de la Rosa, as well as his five other children. "It's love. It's the aura. It's the essence," Nick said with a smile on his face. Asked if he thinks he'll have more kids in the future, Nick, 40, responded, "God willing … If God sees it that way, then that's what I'm going to keep doing." Nick and Abby de la Rosa's boys Zion and Zillion arrived on June 17 — just six days before Nick welcomed another son, Zen, with Alyssa Scott on June 23. Brittany Bell, meanwhile, gave birth to Nick's daughter, Powerful Queen, in December. (They also have son Golden together.) Nick also shares twins Monroe and Moroccan with ex-wife Mariah Carey. "Those women, all women, are the ones that open themselves up and say, 'I would like to allow this man in my world. And I will birth this child,'" Nick told Charlamagne Tha God on his radio show in August, explaining that he believes it's up to the women in his life, not him, whether or not they'll have babies. "It ain't my decision," he said at the time. "I'm following suit."

RELATED: Stars who have a lot of kids

Jonah Hill's got someone special in his life who can share in his love of surfing. On Sept. 9, the 37-year-old star went Instagram official with Sarah Brady, a 24-year-old surfer and senior at UC San Diego. "❤️😍🥰 grateful for you @sarahhbrady," Jonah wrote alongside a selfie that showed the sun-drenched couple snuggling up to one another while seated at a table. Per People, the Instagram post marked Sarah's first cameo on Jonah's page. He's been popping up on hers since last month, though, often with loving captions like, "My whole heart 💓" and, "Had a beautiful weekend with my person 💞 grateful for each and every day with you @jonahhill." Over the weekend, she shared pics of the two surfing together during a getaway to Big Sur, California. Sarah describes herself on her website as a photographer, activist and anthropologist as well as a student of the UC system's Anthropology of Climate Change and Human Solutions program. Jonah was previously engaged to Gianna Santos.

Megan Fox and Machine Gun Kelly sparked a new round of engagement rumors this week after Megan was spotted wearing a sparkler on her left hand while watching her guy rehearse for the 2021 MTV Video Music Awards. An insider tells Us Weekly there could be a "surprise announcement" about the pair's plans to build a life together during his quickie set at the awards show, where he'll perform "Papercuts" with Travis Barker. Megan's rep, however, has already told outlets including Page Six and E! News that the stars have no wedding plans on the horizon. It's also probably worth keeping an eye on Megan's hand for updates — the last time engagement buzz swirled around her and MGK, she nipped the chatter in the bud by showing off another ring … emblazoned with the words "f— you" and a side-eye emoji.

Ben Affleck and Jennifer Lopez cuddle up in Venice

With a couple months of Instagram-official coupledom under the belts, Jennifer Lopez and Ben Affleck are taking their rekindled romance to the red carpet for the first time since the early aughts. The lovebirds arrived Italy this week for the 2021 Venice Film Festival, where Ben premiered his new film, "The Last Duel," which he co-wrote and stars in alongside BFF Matt Damon, on Sept. 10. Photos of Ben and Jen taken on Aug. 9 show Ben helping his love onto a water taxi before the two cuddle up to one another for the ride to their hotel. While the premiere on Sept. 10 will be a big night for Ben and his longtime bestie, Matt's also been cheering from the sidelines for things to work out this time around for Ben and J.Lo. Asked about their on-again relationship on "The Carlos Watson Show" last month, Matt gushed that "no one's pulling harder than I am" for the formerly engaged stars to find lasting love. "They're both great. I just want for their happiness," Matt said at the time, according to People. "They seem pretty happy right now," he added.

Meghan McCain lands at The Daily Mail after 'View' exit

Meghan McCain is returning to the world of publishing via the Daily Mail two months after she announced her departure from "The View." "Everything in my life these days is about going back to basics," Meghan tweeted on Sept. 9. "I started as a columnist & am thrilled at the chance to return to it @DailyMail … I am so excited to work in a completely uncensored free space," she continued, calling the news outlet "a juggernaut." As the sole conservative co-host of "The View" for four years, Meghan was frequently embroiled in nasty arguments with her colleagues, particularly Joy Behar. In a statement published by the Mail on Aug. 9, Meghan said, "I've always respected the way DailyMail.com tackles issues across the entire political spectrum and I'm looking forward to sharing my own opinions without fear or favor …" Meghan's first column is due out the week of Sept. 20 and will feature her "uncensored say on the news of the day whether it be political, breaking news, showbiz or issues based," according to the Mail's publisher and editor-in-chief, Martin Clarke.

After a spinal injury in 2007and back surgery in 2015, Phil Collins now suffers from nerve damage that's left him unable to play the drums. That won't stop him from hitting the road with Genesis for their upcoming reunion tour next month, though. In a rare interview this week, Phil, 70, said on "BBC Breakfast" that his son, Nic Collins, will be filling in for him on drums while he sings. "I'm kind of physically challenged a bit which is very frustrating because I'd love to be playing up there with my son," he said, according to NME. Asked if he ever played drums at all anymore, he told the hosts, "No. I'd love to, but you know, I mean, I can barely hold a stick with this hand. So there are certain physical things that get in the way." The rock legend also admitted this could be his last tour. "We're all men of our age, and I think to some extent, I think it probably is putting it to bed," he said of he and his bandmates, Tony Banks and Mike Rutherford. "I think yeah, I think just generally for me, I don't know if I want to go out on the road anymore."

Kanye West fans could soon be resting their heads on 'Ye-branded pillowcases while listening to the rapper's new album, "Donda." According to People, Kanye's intellectual property holding company Mascotte Holdings Inc., registered a trademark on Aug. 27 to cover homeware items including blankets, towels, tapestries, shower curtains, placemats and more, with details indicating products could be available in silk, cashmere and fleece. While the "Donda" artist just launched his Gap line, the homewares trademark uses his full name, with no mention of the store. 'Ye — who contributed design work to the $60 million mansion he lived in with Kim Kardashian West prior to their split — is now worth about $6.6 billion, much of which can be credited to his business ventures outside of music. 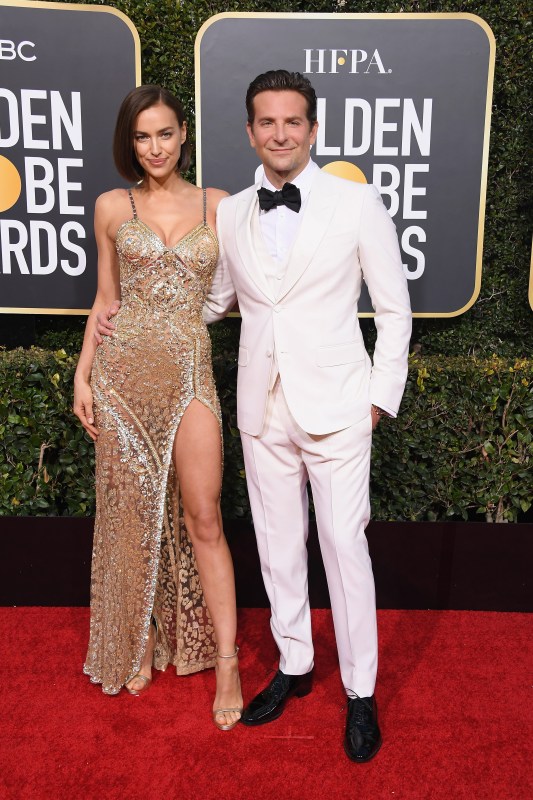 Up Next Round Two?