Justin Bieber will not be performing "Despacito" at the Grammys, despite a speculative claim. And a story about Luis Fonsi and Daddy Yankee wanting him to join them on stage was made-up. Gossip Cop can bust this report. 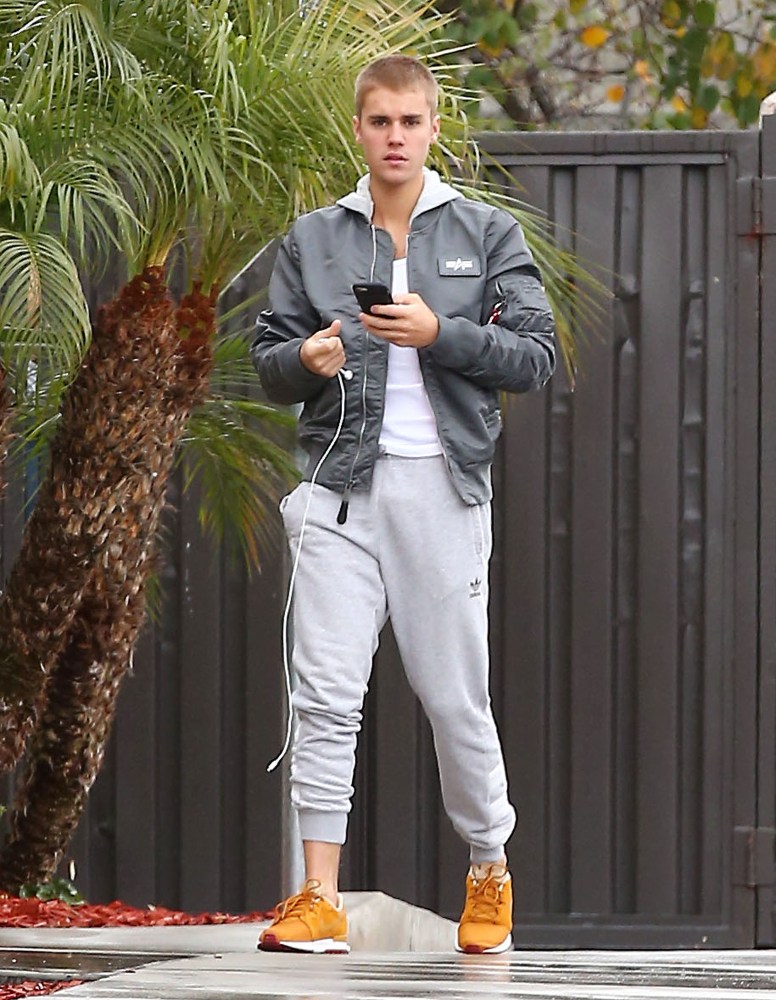 When the 2018 Grammy nominations were announced last month, it was revealed "Despacito" was nominated for Record of the Year, Song of the Year and Best Pop Duo/Group Performance. As one of the biggest tracks of the past year, it was no surprise when the Recording Academy said earlier this month that Fonsi and Yankee would be performing on stage. Bieber was not named as a collaborator because he had no intention of joining them or attending the Grammys at all. That's still the case.

But HollywoodLife has a headline blaring, "Will Justin Bieber Perform 'Despacito' At The Grammys? Why Luis & Daddy Yankee Want Him There." The website actually admits in its phony "exclusive" that it's unlikely the superstar will take part, but the blog still throws the possibility out there to attract attention. A so-called "source close to Justin" is quoted as saying Fonsi and Daddy "really wanted Justin to perform with them on stage and still will leave the door open for him if he decides last minute to join them but they aren't holding their breath as Justin isn't expected to be at the show at all."

This supposed source adds, "He doesn't want to be on stage, and with the show being on Sunday, he'd actually prefer to spend it with God and in church." But this piece lacks a few key points, and the omissions show it was made-up. First off, the singer doesn't only go to church on Sundays. Bieber actually just went to church on Wednesday night. His lack of interest in attending the Grammys has less to do with the day of the week and more to do with Bieber's belief that award shows are fake, which he expressed in 2016. He has not attended any award ceremonies since then.

As for this specific performance, while Fonsi and Yankee would never prohibit Bieber from participating if he wanted, that was never the plan, which is why only they were announced as performers two weeks ago. What's more is that "Despacito" was never a song for which Bieber intended to do live performances. He recorded his parts with a lyric sheet that had the Spanish words presented phonetically. This is not a song he has memorized, which is why the one time he did casually perform the track, he was unfairly criticized for struggling with the lyrics.

Furthermore, precisely because Fonsi and Yankee know there's no chance of Bieber joining them for the performance, it was just revealed on Wednesday that vocalist Zuleyka Rivera will be taking the stage with them. HollywoodLies, as it's known, doesn't mention that, or any of the other factors Gossip Cop has explained here. That's because, contrary to what the outlet wants readers to believe, the online publication is fairly clueless. It wasn't interested in offering a thoroughly-reported piece. It just wanted to appear to have insight on Bieber, even though he's previously blasted the site as "untruthful" and "garbage."

No "source close to Justin" spoke with the blog about his possible participation because it's not a possibility at all. HollywoodLies can write all it wants how it "would love to see him make a surprise appearance with Luis and Daddy Yankee at this year's Grammys," but there's no indication at this time that it's happening.

Rihanna NOT getting married despite report