The Kardashian family reportedly threatened legal action after an unedited bikini photo of Khloe Kardashian was posted on social media (by either her grandmother or an assistant on a private account, according to varying reports). Soon, the photo, which shows Khloe in an animal-print swimsuit against the backdrop of a pool and mountains over Easter weekend, began disappearing from the web and social media. The image, which can still be found in some places on the Internet, showed Khloe without makeup — and though Khloe looked incredible, by all accounts, it clearly wasn't photoshopped or altered with filters the way most of the Kardashian-Jenner family's social media images are tweaked. The chief marketing officer for sister Kim Kardashian's KKW Brands told Page Six that the family wanted the image off of the Internet because it was unauthorized, not because Khloe was au naturel. On April 7, Khloe addressed the situation and insinuated that the picture was unflattering. "When someone takes a photo of you that isn't flattering in bad lighting or doesn't capture your body the way it is after working so hard to get it to this point … you should have every right to ask for it to not be shared – regardless of who you are," she wrote in an Instagram slideshow that also showed videos of her showing off her body in swimwear and underwear "to show you all this isn't photoshopped," she explained. "My body, my image and how I choose to look and what I want to share is my choice. It's not for anyone to decide or judge what is acceptable anymore."

One week after reportedly suffering a drug overdose and subsequent heart attack that left him unresponsive and on life support in a New York hospital, DMX passed away at the age of 50, his family announced. On April 9, as his organs reportedly began failing, the rapper's family made the difficult decision to take him off life support. X, his family said, "was a warrior who fought till the very end." In the lead-up to his death, the rapper had been "in a vegetative state, [with] lung and brain failure and no brain activity," X's former manager told Buzzfeed News. The "Ruff Ryder's Anthem" chart-topper was rushed to the hospital by ambulance on April 2. Three days later, approximately 500 fans gathered outside the medical facility for a prayer vigil. Several of his 15 children were also able to visit DMX in the hospital while he was comatose. Following a battery of tests, TMZ reported on April 8 that he had not regained any brain function.

Emmy-winning TV host and legendary zookeeper Jack Hanna has been diagnosed with dementia, but doctors think it's Alzheimer's disease, his family announced on April 7. His condition, the family said in a statement, has progressed " much faster in the last few months than any of us could have anticipated." One of the most famous animal experts in the world, Jack was a staple of late night and daytime TV shows for decades. But he's "no longer able to participate in the public life as he used to," his daughters said in the statement, adding, "Even though Dad is no longer able to travel and work in the same way, we know that this infectious enthusiasm has touched many hearts and will continue to be his legacy."

RELATED: Presidential pets: Dogs and cats in the White House

Kim Kardashian West, welcome to the club… the billionaire club. On April 6, Forbes officially declared that the reality TV star is a billionaire thanks to her shapewear and makeup lines. Fellow billionaires in Kim's orbit include her sister Kylie Jenner — though Forbes has disputed Kylie's accounting — and estranged husband Kanye West. After the Forbes story broke, a paparazzi videographer asked Kim how she felt. She said she was "blessed" and boldly stated that she won't be the last billionaire in the family.

Rachel Uchitel is taking issue with Wendy Williams over a recent interview, even calling the talk show host "inappropriate." While speaking on the "Behind the Velvet Rope with David Yontef" podcast this week, Rachel said her March interview with Wendy was supposed to center on her partnership with Seeking.com, but Wendy wouldn't stop badgering her about the notorious affair she had with gold legend Tiger Woods a decade ago. In fact, the interview even prompted Wendy's staff to apologize to Rachel, she revealed. At one point, Wendy said, "We'll never like home-wreckers here, but we like you for what you're trying to build." In the chat this week, Rachel said she expected one or two questions about the affair, but Wendy wouldn't stop asking about it. "It got very uncomfortable because it was sort of like, she kept harping on something and didn't want to let go of it. And you know, after 10 years of living with a stigma attached to you and like, everyone's sort of, you know, needing to like introduce you as that, like it's really enough already. I thought that was really a place of, now we're getting inappropriate here," she said.

Actor Zach Avery (real name: Zachary Horwitz) was arrested by FBI agents on April 6 for allegedly running a $227 million Ponzi scheme that solicited investors for phony film licensing deals. A minor actor who appeared in "The Devil Below" and 2018's "Trespassers," Zach is alleged to have told investors that money would be used to purchase film distribution rights. He even provided investors with fake license agreements and fake distribution agreements with Netflix and HBO. The money he received was allegedly used to repay earlier investors and to fund his own lifestyle, including the purchase of a $6 million home and several trips to Las Vegas. "We allege that Horwitz promised extremely high returns and made them seem plausible by invoking the names of two well-known entertainment companies and fabricating documents," the Securities and Exchange Commission said in a press release.

Back in February, JoJo Siwa revealed that she had a girlfriend named Kylie Prew, but she didn't put a label on her sexual identity. She now has — she's pansexual. In a People magazine cover story, JoJo revealed she'd put more thought into how she'd describe herself. "I still don't know what I am. It's like, I want to figure it out. And I have this joke. Her name is Kylie. And so I say that I'm Ky-sexual," she said. "But like, I don't know, bisexual, pansexual, queer, lesbian, gay, straight. I always just say gay because it just kind of covers it or queer because I think the keyword is cool." However, she added, "I like queer. Technically, I would say that I am pansexual because that's how I have always been my whole life is just like, my human is my human."

Cher is apologizing after suggesting on Twitter that she might have stopped George Floyd's death from happening if she was on the scene in Minneapolis last May. Cher first tweeted her thoughts on April 2 and immediately felt backlash. The following day, she doubled down. "You Don't Know What I've Done,Who I Am,Or What I Believe. I CAN, I HAVE, & I WILL…HELP," she wrote on April 3. She followed that up with an apology and said a friend made her realized where she overstepped and that her wording was problematic. "I know Ppl Apologize When They're In a Jam,BUT TO GOD,IM TRULY SORRY If I Upset AnyOne In Blk Community.I Know My [heart]," the Grammy award-winner tweeted (she also deleted the initial tweet that sparked the backlash.) A few days later, on April 6, the controversy was still affecting her. "These last days have been Hard,Soul Searching,Painful Ones," she wrote. "My Wording Was Wrong/Imprecise. When I'm Over-emotional I Should Wait,Walk Away, Then Twt.I Felt Sorrow,& Did Wish I Could have Helped George.Sometimes you can feel what you can't Explain in a twt.Sorry is All I Have."

Geraldo Rivera got into an intense shouting match with a fellow Fox News contributor on April 8 after asking him: "When was the last time you were in the ghetto?" Geraldo and civil rights attorney Leo Terrell (who is Black) both appeared on the network to discuss race and policing in St. Louis. After Geraldo's question, fireworks ensued. "How dare you say that!" Leo shot back. "You know nothing about me. How dare you say that!" While both men shouted over each other, they tried to one-up the other with their inner-city experiences. After Leo said he worked hard to get to where he is and live in an upscale area, Geraldo retorted, "All right, you're Jesus on Earth!" Eventually the host of the show had to step in. Naturally, Geraldo quickly began trending on Twitter.

Prince Philip — Queen Elizabeth II's husband of 73 years and the longest serving consort of any British monarch — died on April 9. he was 99. "It is with deep sorrow that Her Majesty The Queen announces the death of her beloved husband, His Royal Highness The Prince Philip, Duke of Edinburgh. His Royal Highness passed away peacefully this morning at Windsor Castle," the palace said in a statement. "The Royal Family join with people around the world in mourning his loss." 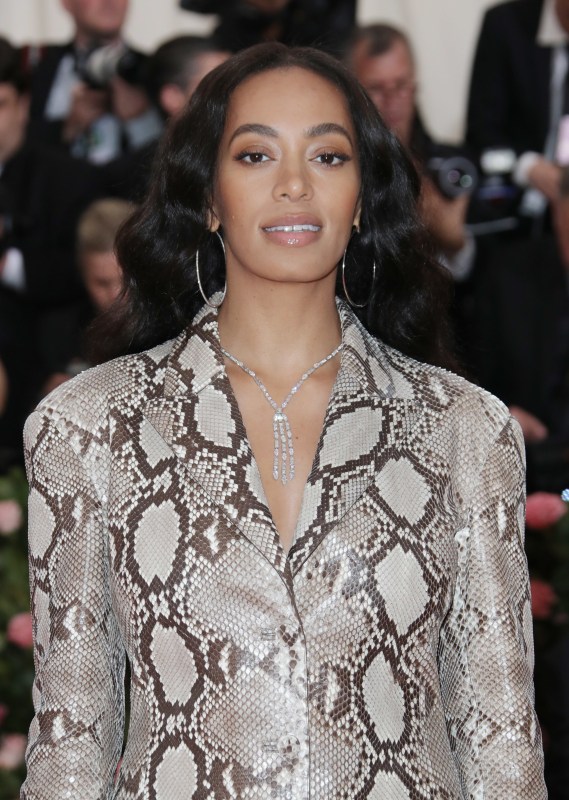