From elopements and engagements to new couples and divorces, check out all the latest celebrity romance news for the week, starting with Kate Hudson and her new man. Kate certainly has a type: She loves musicians. After being linked to producer-artist Diplo in February, she's now been photographed kissing musician Danny Fujikawa in Los Angeles. According to DailyMail.com, the pair kissed inside a smoothie shop and had lunch on March 19, 2017, after an evening out together the previous night. Earlier in the month, Kate and Danny were also seen together at Santa Monica, California, restaurant Giorgio Baldi. According to reports, Danny is a Los Angeles native who was the guitarist for the now-defunct band Chief. He's also the co-founder of independent label Lightwave Records. Now keep reading for more love life updates!

Amanda Seyfried and Thomas Sadoski quietly wed on March 12, 2017, the "Newsroom" actor revealed during an appearance on James Corden's late-night show a few days later. "We eloped," he explained. "We just took off into the country with an officiant and just the two of us, and we did our thing." The couple are expecting their first child this spring.

News of Jenny Slate and Chris Evans' split made headlines in February, and now the actress is opening up about their failed romance in an incredibly honest way. In a story published on March 21, 2017, she told Vulture how Chris, whom she dated for about 10 months after meeting him on the set of the drama "Gifted" (out April 12), won her friendship before he won her heart. He organized a weekly game night for the cast and crew of their film — which made her groan. "When he was like, 'Game nights,' I was like, 'This is annoying. This guy's like a sports guy. He's the kid that likes P.E.'" Until his enthusiasm, reports Vulture, swayed her. "I first really liked Chris as a person because he is so unpretentious. He is a straight-up 35-year-old man who wants to play games. That's it. I was like, 'I'd better not discount this, because this is purity.'" The comedy star implies she's the one who eventually ended things with the "Captain America" actor — she said they are "really, really different" — because the relationship never felt "normal" (though she also admitted she watched the rom-com "You've Got Mail" a few times after they split). Jenny, who called Chris "one of the kindest people I've ever met," hopes they'll be friends again. "We're not on bad terms, but we haven't really seen each other, spoken a lot," she said. "I think it's probably best. I'd love to be his friend one day, but we threw down pretty hard. No regrets, though. Ever."

Fashion before passion? Ashley Olsen, 30, has reportedly called time on her relationship with 58-year-old financier Richard Sachs so that she can focus instead on the Elizabeth and James and The Row labels she shares with her sister, Mary-Kate Olsen, as well as other design projects. It seems the pair left things on good terms when they ended their relationship of five months, which included a recent vacation to St. Barts with Mary-Kate and her husband, Olivier Sarkozy. According to the Daily Mail, Ashley and Richard even stepped out in New York City's Chinatown neighborhood for lunch after the split.

Former Spice Girl Mel B really really wants to end her marriage. On March 20, Melanie Brown filed for divorce from her husband of nearly 10 years, Stephen Belafonte, citing "irreconcilable differences." The "America's Got Talent" judge noted their date of separation as Dec. 28, 2016, and is seeking joint custody of their 5-year-old daughter. She's also asking a judge to deny spousal support to her ex. Since announcing their split, the couple has been spotted attending family therapy sessions with their children.

"Fifty Shades Darker" star Bella Heathcote is engaged! The Australian actress is set to marry her boyfriend of six years, New Zealand-born director Andrew Dominik, E! News reported on March 20, 2017, noting that Bella's been spotted wearing a big diamond ring on her left-hand ring finger all month. Andrew, who's best known for writing and directing "Chopper" and "The Assassination of Jesse James by the Coward Robert Ford," was previously engaged to actress Robin Tunney before they split in 2010.

Nicholas Hoult has quietly been dating a Playboy and swimwear model who's previously been linked to Leonardo DiCaprio, Brody Jenner and 5 Seconds of Summer drummer Ashton Irwin, reports The Sun. Bryana Holly and Nicholas — who famously dated Jennifer Lawrence on-and-off for five years — "have been getting close for months now," a source told the newspaper. "At first they spent a lot of time in Los Angeles together and even took a trip away to go hiking up the mountains." But now, the source added, "Bryana has also started flying over to London a lot so she can see Nicholas. He is very busy with work so it's hard to get their schedules to match, but when they can see each other they do and they are having a great time together."

That was fast! Just weeks after splitting with New England Patriots wide receiver Julian Edelman, model Adriana Lima has moved on with another professional athlete — Mets pitcher Matt Harvey. The pair were photographed kissing, cuddling, eating and smoking over a lengthy waterfront dinner at the River Yacht Club in Miami on March 15, 2017. After enjoying champagne, margaritas, oysters, ceviche and branzino, reports Page Six, they boarded a yacht called "Arme de L'amour" (French for "Weapon of Love") and headed up the Miami River. "They could not keep their hands off each other as they laughed and groped each other like high school students," a source told the gossip column.

Elizabeth Olsen has a new man! The actress is dating Robbie Arnett, a vocalist in indie-pop quartet Milo Greene. The pair were spotted walking arm-in-arm in New York City on March 20, 2017. According to E! News, they met while on vacation in Mexico in early February. "[He's a] great guy," an insider told E!, adding, "They are in an exclusive relationship and Lizzie is excited about him. She deserves it. It's very new though, but they seem to like each other a lot already."

Everyone knows that first lady Melania Trump and her husband, President Donald Trump, aren't currently living together: She's 200 miles away from the White House living in New York City's Trump Tower while son Barron finishes out the school year. But when the couple are in the same town, reports Us Weekly in a cover story released on March 22, 2017, she refuses to share a bed with Donald. "They have separate bedrooms,"a Trump insider told the magazine. "They never spend the night together — ever." A different source told Us the couple do sleep in the same room but that they have separate beds. "It's very 'royal' of them!" that source explained. Melania's rep denied the claims, insisting to Us, "It's unfortunate that you are going to feature unnamed 'sources' that have provided fictional accounts."

She once swore she'd never marry again, following her divorce from Bon Jovi drummer Tico Torres, but that's all changed for Eva Herzigova. On March 15, the model took to Instagram to announce that she and longtime love Gregorio Marsiaj, the Italian businessman who's the father of her three sons, are indeed planning to wed. "You are the one! ❤#engaged," she captioned a sweet Instagram photo of her fiance and one of their boys. 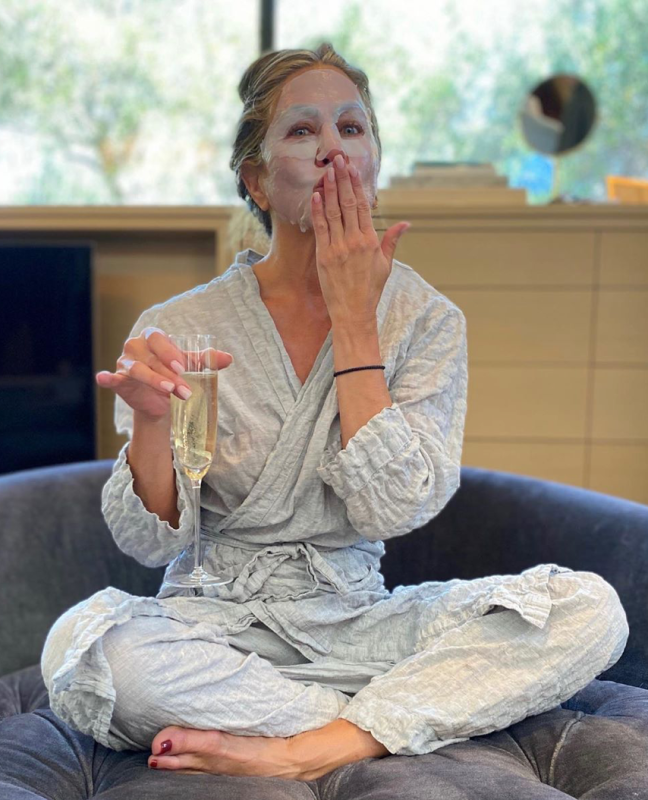 Up Next Virtual Emmys!