Katie Holmes and Jamie Foxx did not go on a "secret birthday getaway," despite a report. Gossip Cop can debunk this story and explain how the false allegation originated. 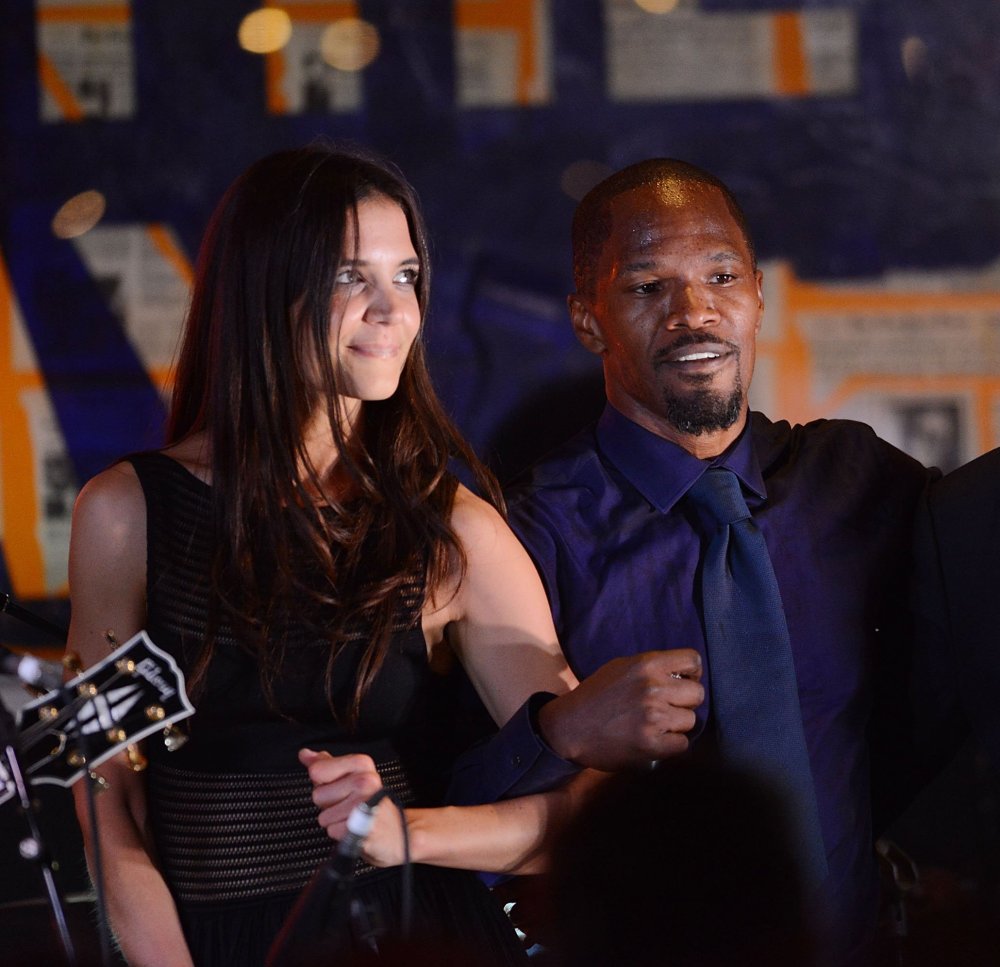 According to OK! Australia, Holmes and Foxx are "still trying to hide their love," which is why they were "surprisingly shy as they checked into Shutters on the Beach hotel in Santa Monica, California for a weekend away to celebrate Jamie's birthday." A so-called "onlooker" is quoted as saying, "They were so awkward, looking around to make sure no one was watching."

Nevertheless, the tabloid claims "Jamie was spotted putting his arm around Katie's waist while on a romantic stroll during their Santa Monica rendezvous." Yet the outlet has no photographic evidence, unlike the last time Holmes and Foxx were actually seen on a beach together. It also makes little sense to simultaneously maintain the pair is "trying to hide" their relationship but went to public places, including a hotel and a beach.

And although Foxx's birthday was on December 13 and Holmes did celebrate with him at a star-studded party, the publication gives no date for this alleged "loved-up vacay." So, where did the claims come from? They certainly didn't originate with the Aussie gossip magazine. The contentions are actually copied from the New York Post, which last month alleged Holmes and Foxx spent a "romantic weekend" at Shutters.

So, as crazy as it sounds, this tale involving Holmes and Foxx is about a supposed vacation on the West Coast, but was first claimed in a publication based on the East Coast and now has spread to a magazine on the other side of the world. The allegations may be far-reaching, but that doesn't make them true. Gossip Cop busted the paper's report when it first emerged, as we learned this stay at the California hotel on the weekend in question never actually happened.

Far from being in Santa Monica, Holmes was actually thousands of miles away in New York, where she took daughter Suri to a Knicks game. We even confirmed with the actress' rep that she spent the whole weekend in the city, making it impossible for her to have been seen with Foxx on the opposite side of the country. It seems OK! shamefully lifted the implausible and debunked "getaway" claims without any regard to whether they were true or not.

Robert Pattinson says, "Growing up, I was pretty much a dork"