Kylie Jenner's fans predict baby No. 2 is a boy (again)

Fans are convinced, once again, that Kylie Jenner's preparing to welcome a baby boy with Travis Scott. Predictions about the sex of the couple's second child started even before Kylie had confirmed she was pregnant, when commenters spotted a blue heart emoji after the words "favorite girl" on a post from Kylie back in August that featured photos of her 3-year-old daughter, Stormi. Now that she's confirmed the news, fans seem even more determined to find clues about the baby-to-be's gender, as they did this week when Kylie posted a promo for her new baby care line, KylieBaby, on Instagram. The photo she shared shows Kylie and Stormi both wearing blue as they show off the new products, which come in pink and blue ombre packaging. "Someone's having a boy!💙💙💙," wrote one of Kylie's followers. Similar comments followed, though they failed to convince Kylie to reveal any details. And she may keep it that way until after the baby arrives — a source told People this week she "knows the baby's sex" but plans to keep it to herself for now.

Kim Kardashian to host 'SNL,' marking a first for her family

Kim Kardashian West is set to make TV history on Oct. 9 as the first member of her famous family to host "Saturday Night Live," NBC announced this week. She's in good company, too — Owen Wilson, Rami Malek and Jason Sudeikis will also be making their debuts as "SNL" hosts in October. According to TMZ, fans first suspected Kim might be named a host after she and her mom, Kris Jenner, were spotted having lunch with Lorne Michaels last month. At the time, Kim and Kris' reps reportedly dismissed the meeting as nothing more than a "catch-up." Halsey is slated to perform during the Kim-hosted episode; other musical guests slated for the October shows include Kacey Musgraves, Young Thug and Brandi Carlile. Season 47 of "Saturday Night Live" premieres Oct. 1 with Owen Wilson at the helm.

RELATED: Everyone who's anchored 'Weekend Update' on 'SNL'

Jada Pinkett Smith celebrated her 50th on the Sept. 22 edition of "Red Table Talk," with some help from a wise-cracking George Clooney, who told told the birthday girl he had just one question for her: "How do you put up with Will?" Appearing via video from "inside a closet" — "because outside my closet there are twins with plastic swords that are bashing each other in the head," the father of two explained — George first wished Jada a "happy 39th" then moved on to roasting Will. "Now, they asked me to ask you a question, and I do have a question I've been wanting to ask you for a long time. And it's pretty simple. How do you put up with Will?" he asked. "I mean, really, look," he continued. "You're intelligent and talented and successful and beautiful, and you have all of these qualities that, quite honestly, Will doesn't have. And I wanna know how, after all these years, you do it. …" Jada seemed a bit flustered at first, saying, "Oh, Mr. Clooney. The one and only. My God, he looks great." She also answered George's question, citing "friendship" as being key to her long marriage to Will, and self-love as how she's been able to deal with herself. "… Once you learn how to put up with yourself, you really learn how to put up with all others," she said. "I really had to take the time to learn how to love myself because how we love ourselves is how we show people how to love us."

RELATED: Fire breaks out at Will and Jada Smith's home, more news

Meghan Trainor says she's "in the best place of my life" five years after she suffered her first panic attack. The singer and new mom, 27, opens up about her challenging battle with anxiety, depression and panic disorder in People's Oct. 4 cover story, where she sings the praises of medication, therapy — and Gayle King — while reflecting on the past few years. Meghan says she had her first panic attack in December 2016 while announcing the Grammy nominees on "CBS This Morning with Gayle King." "I felt like I was going to pass out on live television. I was like, 'What's happening? I must be dying,'" she says, thinking back to the scary experience. "As soon as they said 'Cut,' I went offstage and was [gasping for air] in front of everyone." It wasn't long before more visits to the E.R. — and more terrifying symptoms that seemed physical ut were, in fact, caused by stress — revealed she was physically fine, but needed some help mentally and emotionally with anxiety, depression and a panic disorder. Throughout the ordeal, Meghan says Gayle "became my email buddy," and would check in with her regularly to see how she was doing. After finding the right combination of therapy and medication, Meghan is doing just fine, she says. She notes that she didn't even experience postpartum depression after she and her husband welcomed their son, Riley, seven months ago. "I'm not ashamed to say I'm on antidepressants," Meghan adds. "That medicine saved me, saved my life, saved my career. I'm back better than ever."

Johnny Depp warns 'no one is safe' from cancel culture

Johnny Depp did not shy away from discussing his maligned reputation at a press conference at the San Sebastian Film Festival this week, where he's being honored with the annual Donostia Award. Rather, the actor — who was nixed from the Fantastic Beasts" franchise after he lost a libel case against The Sun over its claim he was a "wife-beater" — used his platform to warn others of the dangers of cancel culture. "It can be seen as an event in history that lasted for however long it lasted, this cancel culture, this instant rush to judgement based on what essentially amounts to polluted air," he told press, per Deadline. "It's so far out of hand now that I can promise you that no one is safe," he continued. "Not one of you. No one out that door. … It takes one sentence and there's no more ground, the carpet has been pulled. It's not just me that this has happened to, it's happened to a lot of people. This type of thing has happened to women, men. Sadly at a certain point they begin to think that it's normal. Or that it's them. When it's not." Johnny went on to advise fans and reporters to speak out "when there's an injustice, whether it's against you or someone you love, or someone you believe in – stand up, don't sit down … 'cause they need you." Johnny is currently suing his ex-wife Amber Heard, for $50 million in a defamation suit pegged to her op-ed about being a victim of domestic violence. She's countersuing for $100 million.

It's been five years since Angelina Jolie filed for divorce from Brad Pitt and two years since a judge declared the stars legally single. But the former couple's court drama continues as they battle over the custody of their children and, more recently, over the future of their $164 million Chateau Miraval estate in France, which also happens to be the site of their 2014 family-only wedding. According to a new report from Page Six, Brad's lawyers are now claiming Angelina didn't give her ex the chance to buy out her 50 percent stake in the estate before trying to sell. LaineyGossip, however, makes a good case for taking the tab's claims Angelina was being "devious" or operated "sneakily" in her alleged attempts to "circumvent the rules" all with a grain of salt.

In response to the new Texas abortion ban, Uma Thurman shared what she calls her "darkest secret" in an op-ed for the Washington Post published this week. That dark secret is that she had an abortion while living in Europe as a teenager, far from home. Her mother "was gravely ill in the hospital" at the time, so her father had to discuss the pregnancy and Uma's options at "her bedside," the actress writes. "We had never spoken about sex before; this was the first time, and it was terrible for all of us," she shares. She goes on to describe the "kind" doctor who carefully explained the process as she was on the table and made a "human" gesture" of saying Uma's hands reminded him of his daughters'. "[The procedure] hurt terribly, but … I had internalized so much shame that I felt I deserved the pain," she recalls. At another point in the piece, she writes, "I can assure you that no one finds herself on that table on purpose." Addressing the Texas abortion law, Uma says it's "another discriminatory tool against those who are economically disadvantaged, and often, indeed, against their partners," while, "women and children of wealthy families retain all the choices in the world, and face little risk." She also says she's "grief-stricken …that the law pits citizen against citizen, creating new vigilantes who will prey on these disadvantaged women, denying them the choice not to have children they are not equipped to care for, or extinguishing their hopes for the future family they might choose." Uma, who herself is a mother of three kids she calls her "pride and joy" in the piece, closes by telling women and girls in Texas and beyond, "… I see you. Have courage. You are beautiful. You remind me of my daughters."

Ryan Reynolds, Blake Lively to match up to $1M of ACLU, NAACP donations

This year may not be quite the 2020 antidote many hoped for, but Ryan Reynolds and Blake Lively are keeping the faith — to the tune of $1 million. This week, the NAACP's Legal Defense Fund and the ACLU announced the couple will match all gifts made to each organization up to $500,000 through Oct. 8. "We still believe in you, 2021," Ryan tweeted. "Let's help @ACLU and @naacp_ldf change it together." On his Instagram Story, he added that he's "honored and excited to launch" the giving campaign. He also thanked the ACLU and the LDF directly for their "tireless work defending rights and protecting civil liberties." The stars' "Building Democracy Challenge" donation comes as both groups fight the Supreme Court's controversial decision to allow Texas to proceed with S.B. 8, which bans most abortions in the state, including cases of rape or incest. 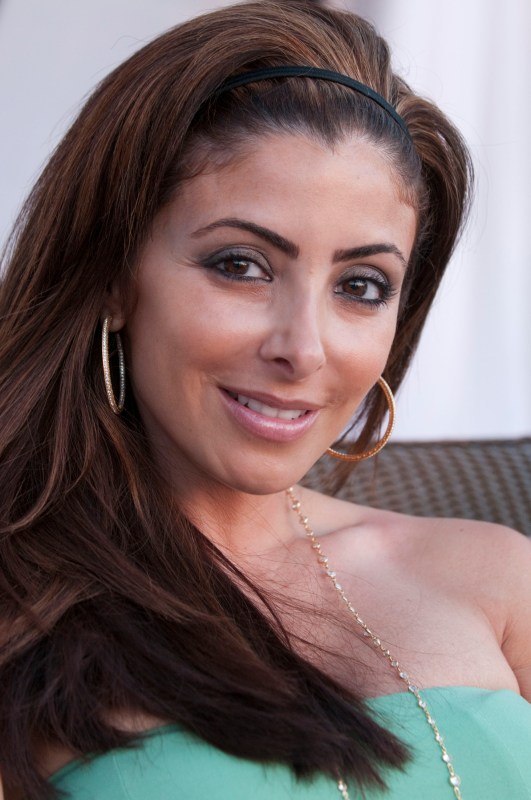