Kris Jenner is not "pregnant at age 62," contrary to a claim circulating online on Sunday. The end of the original article featuring this false allegation actually notes the story is an April Fool's joke. The problem is that this trick is appearing online in such a way that readers are wrongly being led to believe it is real news. Gossip Cop can explain. 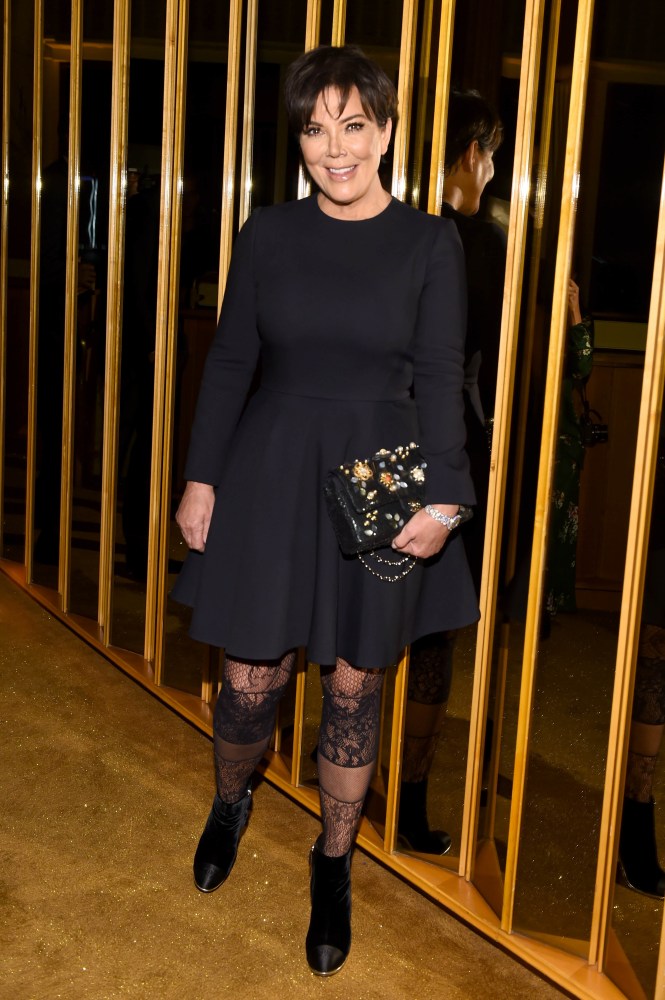 This fake news comes from The Hollywood Gossip, which begins its piece by asserting, "Just when we thought the latest run of Kardashian-Jenner offspring would come to an end with the upcoming birth of Khloe Kardashian's child… a brand new baby bombshell has been dropped: Kris Jenner is pregnant!" The site alleges the family matriarch was "curious about whether she'd be able to procreate at her advanced age," and even "jealous" of her daughters.

"Kris simply saw the joy on Kylie and Khloe's faces when they were pregnant," a so-called "insider" is quoted as saying. The blog goes on to contend Jenner is "toward the end of her first trimester" and "due to give birth in mid-September." To try to add credence to these fictitious claims, the outlet further alleges the Kardashian-Jenner kids have been posting about the news on Twitter and Instagram.

For example, it's said Kourtney Kardashian tweeted, "So happy for my mom," while Kendall Jenner posted, "Wow! I did not see this one coming, but I just know mom will be an amazing mother once again." But then, after mocking Kylie Jenner for seemingly being obsessed with her bikini body and cruelly taking a dig at Rob Kardashian's weight, the outlet writes, "The Hollywood Gossip, meanwhile, would like to include a message here to wrap things up ourselves… Just Kidding! Happy April Fool's Day Readers!" The online publication even asks, "Did we get you?!"

Gossip Cop appreciates the website coming clean at the end of its story, especially as some outlets don't cop to their April Fool's pranks until the day is over. But what's unfortunate is that it's not readily apparently when searching online that this is just an untrue joke. The post is prominently featured on search engines when looking up Jenner's name, with the headline, "Kris Jenner: Pregnant At Age 62!" Making matters worse, it's also appearing when one searches for "Khloe Kardashian" and "Kendall Jenner," as seen in the screengrabs below.

Obviously, readers don't know that while this story is appearing as real news, it's actually fake. And this is precisely why rumors spread. This tale also comes two weeks after Closer peddled a fabricated report, which was widely picked up by outlets that don't bother to fact-check, about Jenner adopting a child. So now there's two similarly-themed narratives out there to confuse readers. This is how the internet becomes flooded with deceptive fake news, and it's a real issue to address.

For the record, Jenner was pictured slim as ever without a baby bump in sight when stepped out with Kim Kardashian on Saturday. And on a related note, International Fact-Checking Day is on Monday, April 2. It's more important than ever to #FactCheckIt.