A Kardashian-Jenner cartoon could be in the works

Kris Jenner is hoping her family's fans are ready to start keeping up with the Kardashians, cartoon-style. TMZ reports the Kardashian and Jenner krewe's matriarch recently met with the Harvey Weinstein Company to pitch an animated primetime series for adults. The show would feature the whole family — except for Caitlyn Jenner, who would be excluded for reasons that have not been disclosed. "Keeping Up With the Kardashians" is currently in its thirteenth season.

Reports surfaced this week claiming Tom Cruise had "flipped" for Vanessa Kirby, his leading lady in "Mission: Impossible 6." In Touch quoted a source as saying the actor hopes to marry Vanessa, although most of the other details about his interest revolve around her talent onscreen. But before you brace yourself for a talk show couch-jump 2.0, know that GossipCop has debunked the claims. It seems the two "barely know each other" and their film has yet to start shooting.

Nearly six months after being robbed at gunpoint, Kim Kardashian West is getting help with the trauma she suffered in Paris last fall. This week, she and Kanye West joined her sisters, Kendall Jenner, Khloe Kardashian and Kourtney Kardashian at Tony Robbins' Unleash The Power Within You seminar at USC in Los Angeles. According to the Daily Mail, Kim was spotted at the event on Thursday, March 23, when the self-help guru discussed how to "turn fear into power." Kim and Kanye reportedly got in on the $3,000 Diamond Premiere package, which comes with floor seating, a "firewalk experience" (no, thanks) and something called "ultimate edge interactive."

Robin Thicke catches up with his son

Despite a nasty custody battle, Robin Thicke and Paula Patton seem to be making more strides towards peace. While Paula films her ABC series "Somewhere Between" in Canada, Robin, who was accused of abusing their son Julian after an alleged spanking incident that resulted in a restraining order, is looking after the 6-year-old, according to the Daily Mail. The father and son were spotted hand-in-hand this week in Malibu. Last month, TMZ reported Paula had "softened" on her issues with Robin, who denied the abuse allegations. At that point, he was reportedly allowed to see Julian three times a week with a court-appointed supervisor.

America Ferrera is acting, producing and advocating for the rights of women, Latinos and the LGBQT community. And she's finally at a point in her life where she sees how to do all of things, rather than feeling like she has to choose. That's the gist of a conversation she had with Vulture recently, in which she recalled how the experience of speaking at the Women's March changed her perspective. "Just being there at the march was magical, as everyone who was a part of it felt," she said. "There was a bit of dread I felt leading up to it because of the fear and the sheer disbelief of what was being said and what was happening after the election. But that all went away when I got there and saw hundreds of thousands of people walking through the streets from everywhere, who came to stand together. It immediately became a celebration of our unity, of goodness, of being alive, of standing up for what's right, about standing together." She also revealed how she overcame her fear of speaking before such a huge crowd. "… what I was thinking about were the millions and millions and millions of people who needed to hear that they weren't alone, that we weren't going to abandon them, that we are here and we're in it," she said. "Whether you're an immigrant or whether you're Muslim or whether you're black or poor or gay or trans, that you weren't alone. That doesn't mean there aren't going to be very hard times ahead and that there isn't reason to fear, but there is also reason to be hopeful." Asked if she would consider running for office, she said it's not "part of the plan" but "the current [political] situation has really put into perspective what matters." She added: "We all have something to give, and it doesn't seem like there's ever been a more important time to ask yourself, 'Who do I want to be in this unprecedented era of this country figuring out what it is?' So I don't know …"

Are Stephen Colbert and Jimmy Fallon fighting for younger viewers? The New York Post reports that despite staying ahead of the "Tonight Show" for seven weeks, Stephen's "Late Show" still can't capture the 18-49 demographic the way Jimmy has. The tab quotes a source as saying: "[Stephen] loves the headlines. He went from underdog to beating Fallon, so of course he's enjoying it. He's now so desperate to take over the 'key demographic' that he brought back an old character — his [Comedy Central] 'conservative pundit colleague' — to compete." The reason for viewing surge has been linked to what's happening in politics, although Stephen has said Donald Trump makes his job harder. "Trump fatigue has set in, so it'll be interesting to see how long Colbert can ride that wave," says the insider. A source close to Jimmy, meanwhile, says Stephen won one week "because Jimmy was on vacation and the show was in reruns," adding that "'Tonight' is still winning in every key demographic and just reported its highest ratings in nine weeks."

Ellen Pompeo 'would be nowehere' without her baby nurse

Ellen Pompeo and her husband, Chris Ivery, welcomed their third child five months ago and as the "Grey's Anatomy" star told Ellen DeGeneres this week (via Us Weekly), her baby's nurse is essential to her ability to balance her jobs as an actress. "[Eli's] so cute. He is the sweetest thing ever. So adorable," said Ellen, who also shares 7-year-old and 2-year-old daughters with Chris. "I have the most fantastic baby nurse, Jackie. She helps me," Ellen continued. "I would be nowhere without her because I work long days and I need help caring for him. And she's got my back — and his."

Is Angelina Jolie moving to London?

Is there a new development in Angelina Jolie and Brad Pitt's custody negotiations? Eh, not quite. GossipCop reports that the National Enquirer's claim Angie is "uprooting" the six children the exes share and moving with them to London to "get back" at him after abuse allegations were dropped is totally false. Earlier this week, it was reported Brad and Angelina have been in communicating again; besides which, she couldn't legally move the kids to another country at the moment even if she wanted to due to the terms of the divorce and custody agreement she and Brad signed off on. 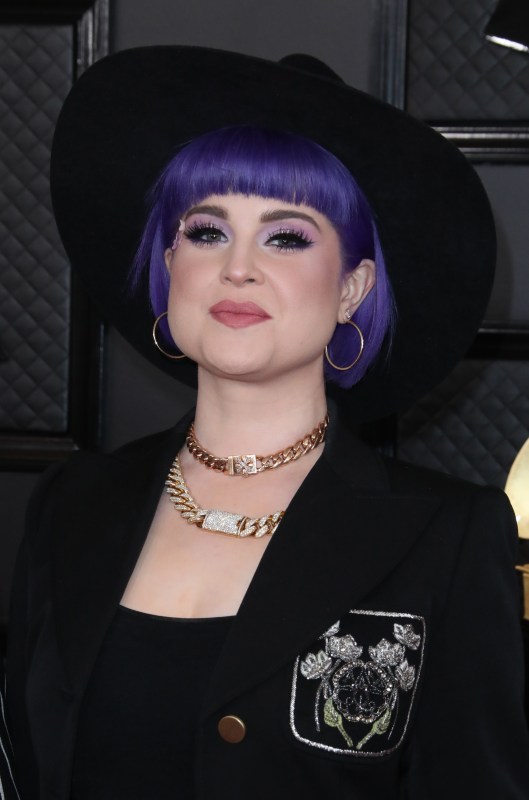