Is trainer Tracy Anderson the antidote for not-so-happy feelings about Donald Trump landing in the White House? Lena Dunham recently announced that she "stopped being able to eat food" when the Donald became president, telling an interviewer, "Try soul-crushing pain and devastation and hopelessness and you, too, will lose weight." But on Wednesday, March 15, the "Girls" creator was decidedly more upbeat as she happily showed off her visibly slimmer physique at the New York opening of Tracy's studio. Looking healthy and fit, she goofed around on the red carpet in workout gear, showing off her cell phone when her pal, Gwyneth Paltrow — another Tracy devotee — called to say hi. 'It's a mix of aerobics, strength training and something that kind of resembles Pilates but that she created on her own," Lena has previously said (via the Daily Mail) of her workout regime with the trainer. "What I like about it is that Tracy really listens to your body and what you're capable of. There's no weird pressure. It's honestly like if one day I have a UTI and I can't jump up and down, she'll say, 'OK, we'll adjust.' With Tracy it's not about getting everyone to look a specific way. It's about getting everyone to feel strong. And she uses the word 'connected' a lot, which I really love. I love the idea of feeling connected."

Why Selena Gomez's Instgram title freaked her out

Just because she's back in the spotlight doesn't mean Selena Gomez wants all the attention she gets as a celebrity. In fact, even her status as the most followed Instagram user makes her nervous. "As soon as I became the most followed person on Instagram, I sort of freaked out," she says in Vogue's new cover story (via E! News). "It had become so consuming to me. It's what I woke up to and went to sleep to. I was an addict, and it felt like I was seeing things I didn't want to see, like it was putting things in my head that I didn't want to care abou. I always end up feeling like s— when I look at Instagram. Which is why I'm kind of under the radar, ghosting it a bit." Selena went into rehab in 2016. Battling anxiety and a lack of self-confidence, she canceled her tour and focused on getting well. "Tours are a really lonely place for me. My self-esteem was shot. I was depressed, anxious. I started to have panic attacks right before getting onstage, or right after leaving the stage. Basically I felt I wasn't good enough, wasn't capable. I felt I wasn't giving my fans anything, and they could see it—which, I think, was a complete distortion," she continued. "I was so used to performing for kids." Once she saw the kids had turned into adults in the crowd, she felt she had less to offer. Therapy, she said, helped refocus her. "You have no idea how incredible it felt to just be with six girls, real people who couldn't give two s–ts about who I was, who were fighting for their lives," she says. "It was one of the hardest things I've done, but it was the best thing I've done." Crediting Dialectical Behavior Therapy for making all the difference, she added: "I wish more people would talk about therapy. We girls, we're taught to be almost too resilient, to be strong and sexy and cool and laid-back, the girl who's down. We also need to feel allowed to fall apart."

Bradley Cooper has stayed by Irina Shayk's side during pregnancy

Despite reports the romance between Bradley Cooper and Irina Shayk could be coming to an end, a source tells E! News the actor hasn't left his lady's side during her pregnancy, which the couple recently celebrated with a baby shower in Los Angeles. "Bradley was hanging with his mother, making sure everything went smoothly. He is always very chill and relaxed," says the source. "Irina and Bradley are doing really well. Bradley has been helping Irina and been going with her to doctor appointments," the source continued, "and being by her side through this whole pregnancy. He is as excited as she is to be a parent. Bradley's mother and Irina have gotten even closer during this pregnancy, and his mother has been very helpful."

Leah Remini's Scientology docuseries, "Scientology and the Aftermath," has been renewed for a second season — and the Church of Scientology is not pleased. In a statement published by the New York Post, the religious group said the actress had "teamed with A&E to shamelessly turn religious hate into a commodity by treating it as entertainment." It also claimed Leah's sources had been for helping the cause of her show, which has primarily been to expose Scientology as a dangerous group responsible for abusing its members. "Real transparency would be for A&E to detail all forms of compensation made to sources spreading religious hate and bigotry on Leah Remini's show," a spokesperson for the church told the Post. "When the network cancelled 'Generation KKK,' the network claimed that paying sources violated company policies. Yet at the same time it was hypocritically compensating Remini's sources with money and significant in-kind payments. A&E can't have it both [ways]." Leah, meanwhile, maintained the show has been truthful and its story is important. "It became clear to us that although we were telling painful stories of former members of the Church of Scientology, this show was resonating strongly with people everywhere," she said, according to the Post. "The show is really about standing up for what is right and not letting bullies have their way. I feel it is important for people to know that you can take action to bring about change, both for yourself and for others."

When Camila Cabello quit Fifth Harmony, she wasn't just suffering from a desire to go solo. "Late 2015 and the beginning of 2016. I had terrible OCD [obsessive-compulsive disorder], and it was just totally out of control," she admitted in the new issue of Latina (via Celebitchy). "I would wake up with a super-accelerated heartbeat and really negative, intrusive, compulsive thoughts. I was so inside my head, and I didn't know what was happening. I totally understand now, being in it, why there shouldn't be such a stigma on mental illness, because it's a pretty common thing for people. But you can get help. If you're dedicated to making it better, you can — because I'm in a much better place now. I started reading books about it and it really helped a lot when I understood [the illness], and that [the thoughts I was having] weren't real. Sometimes you have to remind yourself to slow down and take care of yourself." There are times, too, when it helps to have pals around who you can talk to for advice. For Camila, Taylor Swift is that kind of friend. "Our friendship has never been about career or anything professional. I tell her about boys and cry to her about boys," said Camila. "She'll give me advice like, 'No, do not text him back.' But I'm so excited for the day that I get to play her my music because she is seriously one of the reasons I started songwriting. I feel like we have something really cool where we can just be honest with each other, and we can just be girls, talking about stupid crushes. It's the best."

If there can be such a thing as post-movie method acting, Jason Sudeikis has the skill down. After the premiere of his new sci-fi film "Colossal" in Austin at SXSW this week, the actor, who plays a bar owner tasked with helping Anne Hathaway's character save the world by controlling a monster's thoughts, jumped behind the bar and started making drinks for the Alamo Drafthouse audience. The movie is the first release from Neon, a distribution company co-owned by the cinema-bar-restaurant's founder, Tim League, according to Austin360.com.

Sarah Paulson on her 'Ocean's Eight' character's fashion: 'It's so tragic'

The fact that "Ocean's Eight" stars Sandra Bullock, Rihanna, Cate Blanchett, Helena Bonham Carter, Anne Hathaway, Mindy Kaling, Helena Bonham Carter and Awkwafina doesn't necessarily mean it's all glam behind the scenes. For Sarah Paulson, who also appears in the film, things weren't that different from when she played Marcia Clark in "The People Versus O.J. Simpson: American Crime Story," and had to wear unflattering wigs and style-free suits. "It's so tragic," she told E! News this week at The Hollywood Reporter and Jimmy Choo's Most Powerful Stylists dinner. "I'm like the least cool of the group. There are a lot of cool girls wearing cool s— and I am a mom. Not that a mom can't wear something cool, but … I play a mom from the suburbs. I don't live in Los Angeles and don't have Karla Welch as my stylist." Still, she enjoyed shooting the film, which is slated for a June release. "They are wonderful girls," she said. "It's everything that you think it would be — really really fun!"

As Ivanka Trump, Jared Kushner, Eric Trump and Donald Trump Jr. gain increasingly high-profile positions in their father, Donald Trump's new political orbit, their mother, Ivana Trump, is speaking out about the "life lessons" she taught while raising them. According to Us Weekly, Ivanka is set to release her new "non-political" memoir, "Raising Trump," via Gallery Books on Sept. 12. In a statement, the publisher said Ivana "proudly instilled in [the children] what she believes to be the most important life lessons: loyalty, honesty, integrity and drive." Born in Czechoslovakia, Ivana was married to the now-president from 1977 until 1992. 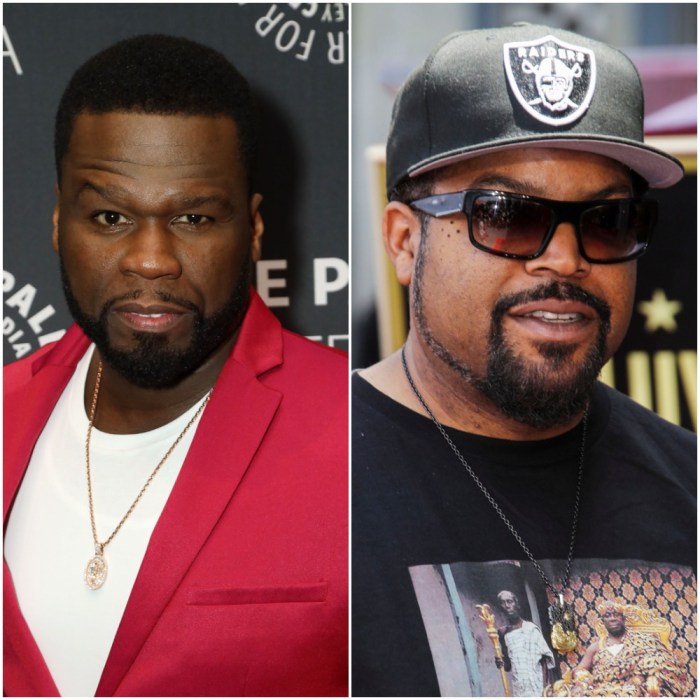