Why did Meghan McCain skip 'The View' this week?

Meghan McCain was expected to appear on "The View" as usual on Thursday, Jan. 9, but "stayed home for a personal matter," Page Six reported, quoting a "source close to" the controversial TV personality. She was absent again on Friday, but was apparently expected to take a personal day that day. Little was made of the change on the show, with Whoopi Goldberg saying only, "Meghan's out today. She'll be back on Monday." And an emotional Instagram post about her late father, John McCain, on Thursday suggested Meghan's "personal reason" may have had to do with her ongoing grief. Page Six, however, was quick to point to its recent report claiming Meghan's relationships with "The View" hosts has been going downhill.Insiders told the tab this week Meghan and her close friend, Abby Huntsman, haven't been speaking to one another for the past month or so, though one source acknowledged, "They're not as close as they once were, but there's no hatred between them." As of Friday, ABC had not commented on the matter.

And the award for best Oscar fashion assist goes to … Renee Zellweger! At the National Board of Review Awards Gala in New York City on Wednesday, Jan. 8, Salma Hayek revealed that in 2003, when she and Renee were both up for Best Actress, Salma found herself in a pre-show crisis of sorts when her rear end busted the dress she had planned to wear. "The night before when my big butt exploded the seams of my Oscar dress and I had no dress for the Oscars," Salma recalled, according to People. "[Renee] ended up giving me one of her dresses that, thank God, was wide here," she said, pointing to her backside, "and stretchy here," she continued, pointing to her chest. The gown was a black and white Caroline Herrera design. "That's what I wore for that night." Salma added that she wished "they would have had a tie" for Best Actress after Renee helped her out, so they both could have won. Instead, Nicole Kidman took home the award for her performance in "The Hours."

RELATED: The best Oscars fashion ever

As Duchess Meghan and Prince Harry prepare to "step back" from their positions as senior members of the royal family and pursue more financial independence, fashion insiders are saying Meghan's already talking to fashion labels including Givenchy, which custom-designed her wedding dress, about potential collaborations. "Meghan is very connected in the fashion industry and there are a lot of major labels who would like to partner with her on projects," a source tells the Sun (via Express), adding that active discussions with Givenchy" have already taken place regarding deals that "could be worth millions of pounds." The source also suggested Meghan could "link some of the initiatives to [the] foundation" she developed with Harry. Last fall, Meghan launched a capsule collection called Smart Set as a fundraiser for Smart Works, which prepares underserved women for the job market and is one of Meghan's patronages.

RELATED: The biggest royal news of 2019

Last week, Adele treated one of her fans to a surprise chat at a restaurant in Anguilla, where she was vacationing with Harry Styles. Lexi Larson, 19, tells People she first spotted Harry at a table near where she was sitting. "A few minutes later, Adele came over and sat down next to me and my friend and was like, 'So what can I do for you girls?'" Lexi says. "We were so excited. We were talking to her for a little while, and then she got Harry Styles to come over and sit with us also. We took a picture with Harry, and we talked to them for 15 minutes probably." According to Lexi, the group had "a really positive experience" in which they "talked about life and college and what me and my friend wanted to do." The college student was also surprised that Adele and Harry were the ones asking most of the questions and impressed with Adele's slimmed-down physique. "She said she lost something like 100 pounds, and that it's such a crazy positive experience," Lexi recalls. "She seemed so happy, and she looked amazing. She seemed really confident." Adele reportedly declined to take a photo with the girls because she didn't want paparazzi attention when she was traveling with her 7-year-old son. Sources have told People Adele and Harry are collaborating on new music.

Celebrities continue to come out in force to support relief efforts in Australia, where brush fires have killed at least 25 people and an estimated 1 billion animals. The latest major donation comes from Leonardo DiCaprio's environmental organization, Earth Alliance, which announced this week that it was launching the Australia Wildfire Fund as an "international response to the catastrophic bushfires," according to THR. Earth Alliance is slated to donate $3 million. Chris Hemsworth, Elton John, Pink, Nicole Kidman and Keith Urban have all recently made large donations to the cause, as well.

Friday, Jan. 10 was a big day for Selena Gomez and her fans, who were treated to the release of "Rare," the singer's first full-length studio album since 2015's "Revival." Selena celebrated the release with a sweet message on Instagram, telling fans, "HERE IT IS!!! My album is officially out in the universe.. thank you for the souls that worked on this with me. Now it's yours. Hope you like it. 🌈🌸💐 #Rare." "Rare" features the singles, "Lose You to Love Me," which is widely believed to be about the end of her relationship with Justin Bieber, and "Look At Her Now."

James Van Der Beek's wife, Kimberly, is still doing what she can to help make miscarriage less of a taboo subject after enduring that hardship in November. This week, the mother of five shared a photo of herself standing in a coat and dress, looking unfazed as she looks at her image in her phone and addresses the weight she's gained since losing the pregnancy. "With all the health effects of SO MUCH that has happened to my body in the last few months and the pregnancy (for clarification on the congrats I'm getting, the pregnancy ended in Nov), I am now 35lbs more than my normal range of what's heavy to me," Kimberly wrote. "Guess what?! Love all your shapes en route to your best health! And love all of you en route to who you want to become, which is most certainly ever changing anyhow." Kimberly and James shared news of both the baby and the grief they endured when they lost the pregnancy on "Dancing With the Stars." They've also both posted regularly about the experience, having lost multiple pregnancies over the years.

Four years after his death, Prince will be feted by The Recording Academy with an all-star tribute concert on Jan. 28, two days after the Grammy Awards. It's expected to be broadcast on TV later this year. Rolling Stone reports the concert will feature performances by Alicia Keys, John Legend, Beck and Usher, among others, with Sheila E., the late artist's longtime drummer, handling musical director duties. Prince's former band, The Revolution, will be involved, as will other collaborators from over the course of his career. "I was very honored to be able to do this for so many reasons," Sheila E. told Rolling Stone, "but to be able to help celebrate the life of a dear friend and be a part of this and be musical director is awesome." Prince died in April 2016. He was 57.

From the beginning of the development process, Michael B. Jordan knew he wanted Jamie Foxx to play wrongly convicted death row prisoner Walter McMillian in "Just Mercy." Speaking to Jimmy Kimmel this week, Michael, who executive produced the film and plays the acclaimed civil rights attorney Bryan Stevenson, said "the only person that kept coming to mind was Jamie" when he read the script and began developing it four or five years ago. "This is the vehicle for him, you know, he's on my Mount Rushmore of the greatest of all time," Michael gushed, according to JustJared. "He's so talented. He does everything, from singing to writing to stand-up comedy to math to swimming. He's an incredible person." While reviews for "Just Mercy" have been mixed, most critics seem to agree Jamie's performance is a major highlight.

Eva Amurri announced this week she's returning to her maiden name amid her divorce from Kyle Martino, with whom she's expecting her third child. "It's EA to you, baby! ❤️👊🏼 ," wrote the actress and blogger on her Instagram. "After a lot of thought, I decided to check the box with my divorce to restore my maiden name. It was a very emotional decision but an empowering one, and I'm looking forward to the fresh start this new decade brings." Joking about the "EA" hair clip she wore in the photo on the post, she continued, "I'm also way in to celebrating with hair accessories. 😂🙌🏻." Eva, whose mom is Susan Sarandon, concluded by asking other "divorced mamas" to let her know if they opted to "restore" their maiden names or keep the same name their children have. " I firmly believe there is no 'right' way, but I think it's so important to discuss these kinds of things to make others feel less alone," she wrote. Eva and Kyle announced their split in November. 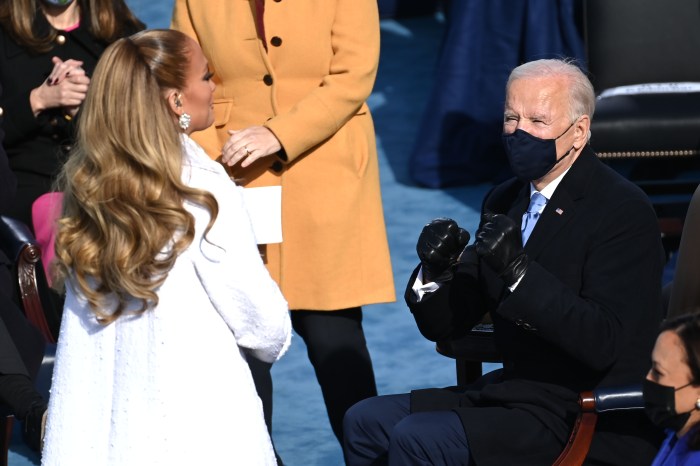