Nicole Kidman and Keith Urban are not adopting a baby boy, despite a bogus tabloid report. Gossip Cop can debunk the story. We've learned there's no truth to it. 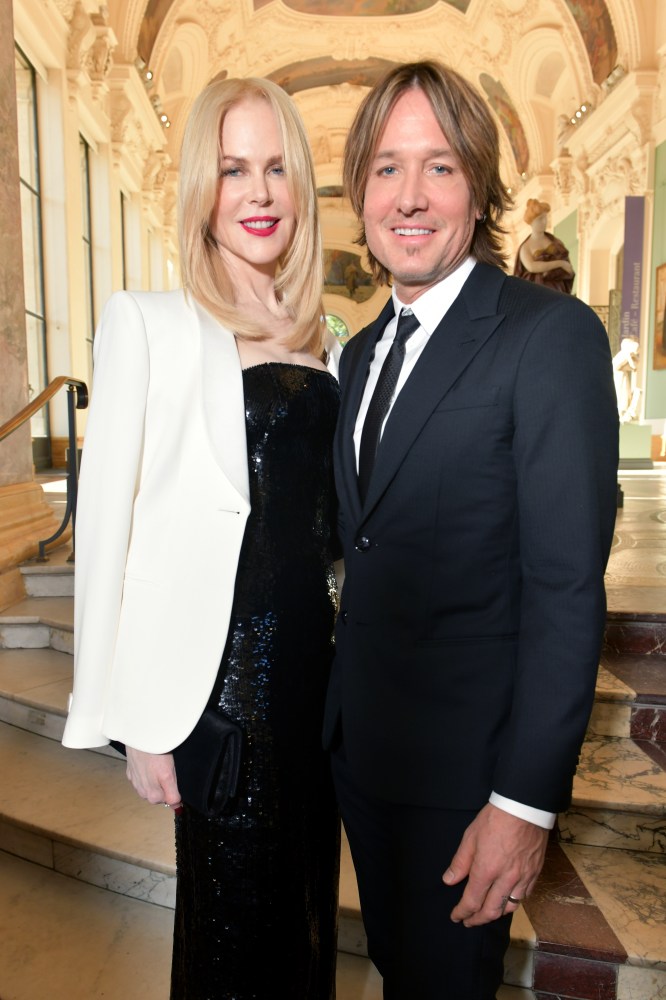 According to Woman's Day, the parents of two young girls are eager to expand their family and give their daughters a baby brother. "Keith knows just how long Nicole has wanted another child for and he finally just said to her, 'What are we waiting for?'" a supposed source tells the magazine.

The alleged insider adds, "Neither of them are getting any younger, and she's accepted that she's not going to have a baby naturally at her age, so adoption seemed like the natural path." The questionable tipster continues, "They've both realized lately how quickly [daughters] Sunday and Faith are growing up and they honestly miss hearing the pitter-patter of tiny feet running around the house."

From there, the suspicious source says the spouses have decided to have a son because Urban has "always wondered what it would be like to have a baby boy and it's now a very real possibility." The possibly fictitious insider concludes, "The paperwork is ready to go, so it's very exciting."

It's worth noting that the tabloid's story doesn't bother to mention anything about the couple's adoption process, such as how and where they found the child they're supposedly taking in. That's because none of this is a reality. Gossip Cop checked in with Urban's spokesperson, who laughed off the outlet's phony article. Despite what the magazine's anonymous tipster claims, a rep qualified to speak on the country star's behalf confirms he's not adopting a baby boy with his wife.

Earlier this year, in fact, Kidman made it clear that she's not having any more kids. When asked by People magazine if she plans on expanding her brood, the actress explained noted, "We go, 'Oh gosh, I wonder if we met when we were 25, then we could have had 10 of them!' But Keith says, 'Stop the wanting mind.'" She added, "It's far better to be completely in love and satiated with what you've been given."

In 2017, Kidman shared a similar sentiment in an interview with "Entertainment Tonight." When asked if she wanted more children, Kidman said "No," and added, "I would have loved to… but I think I'm past that point now." The actress and her husband are very content with two daughters.