Paul Walker's gorgeous face, piercing blue eyes, effortless charisma and undeniable talent made him a movie star. Though a tragic car accident took his life on Nov. 30, 2013, the "Fast & Furious" franchise star left behind an impressive archive of films to remind audiences what made him so special. In celebration of what would have been Paul's 46th birthday on Sept. 12, 2019, let's take a look back at some of our favorite photos of the star and father of one… starting with this pic of a handsome Paul at the premiere of "Timeline" in Los Angeles in November 2003. Keep reading for more…

RELATED: Stars we lost too soon

He was born Paul William Walker on Sept. 12, 1973, in Glendale, California. The son of a former model mother and sewer contractor father, Paul — seen here at the premiere of his film "Pleasantville" in October 1998 — had two brothers, Cody and Caleb, and two sisters, Ashlie and Amie. During his youth, the blue-eyed boy was active in sports and surfing and was eager to pursue a career in marine biology. But Hollywood came calling…

RELATED: Teen idols: Where are they now?

Paul Walker's first experience in front of the camera came as a tiny tot when he appeared in a TV spot for Pampers. It was clear that the camera loved him and he went on to do some modeling work in his youth, which led to bit parts on TV shows including "Highway to Heaven," "Who's the Boss," "Charles in Charge" and "Touched by an Angel." He snagged a series regular role on the soap "The Young and the Restless," which boosted his profile and helped him catch fire in Hollywood. Paul is seen here at the January 1999 premiere of his film "Varsity Blues."

Following breakout roles in "Meet the Deedles" and "Pleasantville," Paul Walker went on to star in such hits as "Varsity Blues" (pictured here with co-star James Van Der Beek), "She's All That" and "The Skulls." But even with a fair amount of success, Paul seemed to have his head on straight from the outset.

Around the time that "Varsity Blues" came out, Paul Walker welcomed a daughter, Meadow Rain, with then-girlfriend Rebecca McBrain. Paul's seen here not long after at the March 2000 premiere of his movie "The Skulls."

In 2001, audiences flipped for the action-packed film "The Fast and the Furious" starring Paul Walker alongside Vin Diesel. The movie would change the trajectory of Paul's acting career and set the stage for future installments, making "Fast" one of the most profitable franchises for Universal.

Movie fans really, really loved Paul Walker and Vin Diesel together. The actors won the best on-screen team award for their work in "The Fast and the Furious" at the MTV Movie Awards in June 2002.

Paul Walker showed off his gorgeous smile while having a laugh with his co-stars during a "2 Fast 2 Furious" movie press conference with Tyrese, Eva Mendes, Devon Aoki and more at the W Hotel in Los Angeles in May 2003.

Paul Walker was fast becoming a star, but it was clear early on that the young actor wasn't keen to play the typical Hollywood game. He was set on making a life outside of Tinseltown and eventually settled down in the laid-back beach town of Santa Barbara, California. He's pictured here at the June 2003 premiere of "2 Fast 2 Furious" in London.

Jessica Alba and Paul Walker made quite a pretty pair when they teamed up to star in 2005's "Into the Blue." The role was likely a dream job for Paul, who always felt at home on the water — especially on a surfboard. "Surfing soothes me, it's always been a kind of Zen experience for me. The ocean is so magnificent, peaceful, and awesome. The rest of the world disappears for me when I'm on a wave," he once said.

Paul Walker played Jared, a scuba diver who discovers a shipwreck littered with ancient artifacts before accidentally also finding a sunken drug plane and its illicit cargo, in 2005's "Into the Blue" directed by John Stockwell.

Paul Walker was calm, cool and collected at the premiere of "Into the Blue" at the Mann Village theater in Los Angeles on Sept. 21, 2005.

Despite his good looks, Paul Walker is said to have never liked watching himself on screen. According to various reports, the actor only watched his own movies once. In 2006, he starred in Clint Eastwood's "Flags of Our Fathers" (he's seen here at the movie's premiere in October 2006) and the sleeper hit "Eight Below," which was critically acclaimed and earned more than $120 million on a $40 million budget.

Paul Walker posed with husky dog Tinker at a photocall for his film "Eight Below" at the Odeon West End Cinema in London on March 24, 2006.

Paul Walker returned to the "Fast and Furious" franchise in 2011, reprising his role as Brian O'Conner in "Fast Five" (seen here). He went on to appear in 2013's "Fast & Furious 6" too. Vin Diesel and Paul became super-close while filming the "Fast & Furious" franchise movies. When his longtime co-star was killed in a tragic accident, Vin took to Facebook to share his pain. "There was always moments of child-like laughter," he wrote. "We had accomplished so much by 2013…P.s. The complexities of Brotherhood, and the painful void… of its absence."

Paul Walker is best known for his film career, but the actor also had a passion project that took him far from Hollywood — his nonprofit, Reach Out Worldwide. According to the organization's official website, Paul (seen here visiting "Late Night with Jimmy Fallon" in May 2013) was part of a relief team that responded to the 2010 earthquakes in Haiti. During his involvement, he noticed "a gap between the availability of skilled resources and the requirement for such personnel in post-disaster situations," the site explained. "Following the trip he contacted a group of his friends to assist him in forming ROWW with the purpose of filling this unmet need."

Paul Walker posthumously appeared in 2013's "Hours" and 2014's "Brick Mansions." In the 2014 flick (seen here), he played an undercover Detroit cop who teams up with an ex-con to bring his father's killer, a notorious crime lord, to justice. If it sounds like a challenging role, that's because it was. But Paul was game. "I get to go play, and I get to face some physical challenges, have some fun and jump off rooftops," he said. "If you want a good ride, just to have a good time, that's what this one's about."

Paul Walker died in a single-vehicle crash on Nov. 30, 2013. His final film appearance was in 2015's "Furious 7" (seen here), which he'd started shooting before his death. The seventh installment in the franchise — which was able to be completed when Paul's two brothers stepped in to double for him in important scenes that were needed to finish his storyline — was a huge blockbuster success that earned more than $1.5 billion worldwide. 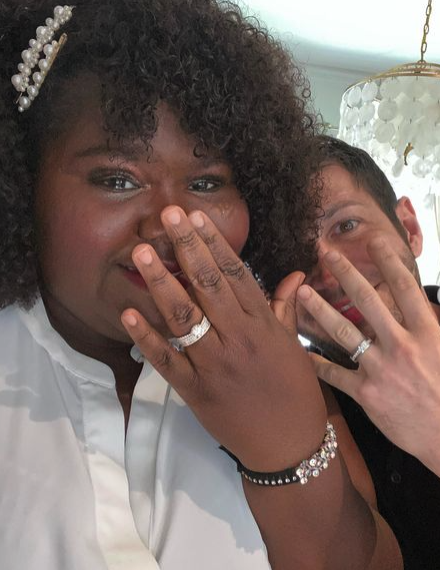