Alicia Silverstone is making her big return to the small screen with Paramount Network's "American Woman," which is based on the life of reality TV star Kyle Richards' mother. In honor of the sitcom's debut on June 7, 2018, Wonderwall.com is taking a look back at the "Clueless" star and how she's changed over the years. Keep reading to relive Alicia's biggest moments caught on camera…

RELATED: Our favorite '90s stars who are moms now

After launching her career with modeling gigs and TV commercials, Alicia Silverstone made her acting debut as Kevin Arnold's classmate Jessica Thomas on a 1992 episode of "The Wonder Years."

Alicia Silverstone made her feature-film debut as Darian Forrester, a teen girl with a dangerous obsession with an older writer (Cary Elwes), in 1993's "The Crush."

Alicia Silverstone's relationship with Aerosmith kicked off with their 1993 "Cryin'" music video — the clip that inspired a million bellybutton piercings. She starred opposite Stephen Dorff and Josh Holloway as a rebellious teen acting out after she catches her boyfriend cheating. Later that year, she starred opposite Jason London in the rock band's "Amazing" clip, and in 1994, she co-starred alongside Liv Tyler, Aerosmith frontman Steven Tyler's eldest child, in the group's "Crazy" music video.

Alicia Silverstone picked up two golden popcorn statues — for best villain and best breakthrough performance for her work in "The Crush" — during the third annual MTV Movie Awards in Los Angeles on June 4, 1994. She also scored a third nomination for most desirable female for her performance in the thriller.

In 1995, Alicia Silverstone starred as Cher in "Clueless," one of the most iconic performances in cinema history!

Alicia Silverstone became legally emancipated from her parents when she was just 15 years old to skirt child-labor laws so that she could work the long hours needed to shoot 1993's "The Crush." But that didn't mean things between her and her parents were rocky: The actress kept close to her mom, Didi, at the premiere of "Clueless" on Oct. 19, 1995.

Alicia Silverstone donned a "Happy Gilmore" T-shirt and hat for the comedy's premiere on Feb. 7, 1996. At the time, there were rumors that she and star Adam Sandler were an item.

Alicia Silverstone posed with her award for favorite female newcomer for her performance in "Clueless" during the Blockbuster Entertainment Awards in Los Angeles on March 6, 1996. She also won the National Board of Review's award for best breakthrough performer, two MTV Movie Awards (most desirable female and best female performance) and the American Comedy Award for funniest lead actress in a motion picture for her work in the iconic comedy.

Alicia Silverstone inspired little girls around the world when she starred as Barbara "Batgirl" Wilson in 1997's "Batman & Robin."

Alicia Silverstone and "Cryin'" co-star Stephen Dorff caught up over drinks at the premiere of "Excess Baggage" in Los Angeles in September 1997. (The blonde beauty produced and starred in the crime-comedy, for which she earned a Razzie Award nomination for worst actress.) Nearly two decades later, the "Blade" actor revealed during an interview with HuffPost Live that he and Alicia had a "little romance" after co-starring in the 1993 Aerosmith music video.

Alicia Silverstone posed with her orange blimp statue for favorite movie actress for her performance in "Batman & Robin" during the Nickelodeon Kids' Choice Awards in Los Angeles on April 4, 1998. (She also won a Razzie Award for worst supporting actress for her performance in the divisive superhero flick, which was still one of the highest grossing films of 1997 regardless of how the critics may have felt about it.)

Alicia Silverstone held hands with her boyfriend of about two years, rocker Christopher Jarecki, during the premiere of her rom-com "Blast from the Past" in New York City on Jan. 27, 1999.

Alicia Silverstone posed with her "Love's Labour's Lost" co-star and director, Kenneth Branagh, at the premiere of the musical comedy, which is based on the Shakespeare play of the same name, in London on March 16, 2000. A year and a half earlier, there'd been rumors (which her rep denied) that the duo connected romantically while shooting the film. (Kenneth was fresh off a breakup from Helena Bonham Carter, whom he fell for while he was still married to Emma Thompson, when the romance rumors kicked off in late 1998. But Alicia was in a relationship with Christopher Jarecki at the time.)

Alicia Silverstone posed with her award for best children's TV series for "Braceface" during the 17th Annual Genesis Awards in Beverly Hills on March 15, 2003. The blonde beauty executive produced the first two seasons of the Canadian cartoon, on which she starred as the title character. (Alicia also earned a Daytime Emmy Award nomination in 2002 for her vocal performance on the animated series.)

Alicia Silverstone starred as Kate Fox, a divorce lawyer doubling as a high-end matchmaker, on the short-lived NBC series "Miss Match," which aired in late 2003. She earned her first and only Golden Globe nomination (best performance by an actress on a comedy or musical TV show) for her performance on the dramedy.

Alicia Silverstone portrayed an antagonistic journalist in 2004's "Scooby-Doo 2: Monsters Unleashed." The family horror-comedy, in which Freddie Prinze Jr. starred as Fred Jones, failed to impress critics but made a decent splash at the box office, becoming the second-highest grossing film of Alicia's career after "Batman & Robin." The following year, she starred in "Beauty Shop" before quietly slipping out of the spotlight. Since then, the blonde beauty has appeared primarily in small indie films and on TV.

Alicia Silverstone and Christopher Jarecki shared the look of love at the fourth annual Much Love Animal Rescue Celebrity Comedy Benefit in Los Angeles on Aug. 10, 2005, just two months after they tied the knot in Lake Tahoe.

Alicia Silverstone posed with a copy of her vegan cookbook, "The Kind Diet: A Simple Guide to Feeling Great, Losing Weight and Saving the Planet," at her book launch in New York City on Oct. 8, 2009. That same year, she launched a corresponding website, The Kind Life.

Alicia Silverstone showed off just a hint of her baby bump while pregnant with her son, Bear Blu Jarecki, during an outing in Beverly Hills on Jan. 13, 2011.

In the spring of 2012, Alicia Silverstone reunited with "Clueless" co-star Jeremy Sisto with a four-episode stint on the first season of his ABC sitcom "Suburgatory."

Alicia Silverstone and husband Christopher Jarecki walked their final red carpet as husband and wife during the opening night of "The Book of Mormon" at the Pantages Theatre in Hollywood on Sept. 12, 2012. The longtime couple separated on March 15, 2016, and on May 25, 2018, the actress filed for divorce.

On Sept. 19, 2012 — four months after she made headlines for sharing a video on her website of herself "baby birding" son Bear Blu Jarecki (chewing up his food and then feeding it to him mouth-to-mouth) — Alicia Silverstone was photographed toting her little one on the set of "Gods Behaving Badly" in New York City.

Alicia Silverstone posed with a copy of her second book, "The Kind Mama: A Simple Guide to Supercharged Fertility, a Radiant Pregnancy, a Sweeter Birth, and a Healthier, More Beautiful Beginning," at an event in San Francisco on April 21, 2014, the same month it hit bookshelves.

Alicia Silverstone's parents, Monty and Didi Silverstone, joined her at PETA's 35th Anniversary Bash in Los Angeles on Sept. 30, 2015. The actress and animal-rights activist has worked with the organization several times over the years. (She's even stripped down for a couple of their "I'd rather go naked than wear fur" campaigns.)

Alicia Silverstone teamed up with Jeremy Sisto to celebrate the 20th anniversary of "Clueless" during the American Music Awards in Los Angeles on Nov. 22, 2015.

Alicia Silverstone snuggled her son, Bear Blu Jarecki, at the premiere of "Diary of a Wimpy Kid: The Long Haul," at the Indianapolis Motor Speedway in Indianapolis, Indiana, on May 12, 2017. The family comedy marked the actress's big return to Hollywood after years of working primarily in small indie films and on television. It was a big year for the former teen idol, who also appeared in the lauded indies "The Killing of a Sacred Deer" and "The Tribes of Palos Verdes" in 2017. 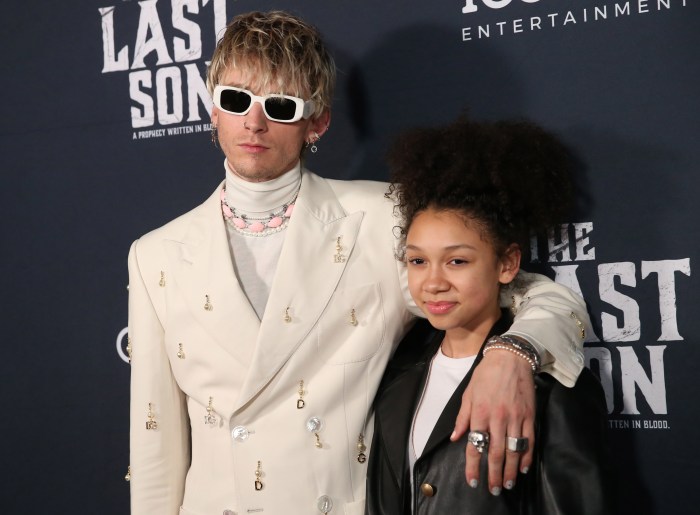