There was love and tragedy this past week in celebrity news, but there was also overdue justice. It was reported on Jan. 9 that French police had detained 17 suspects in connected with Kim Kardashian West's October jewelry robbery. One is the brother of her Paris chauffeur, furthering speculation that it was an inside job. On Jan. 12, a 63-year-old suspect who prosecutors called Yunice A. was the first person charged. His alleged crimes include armed robbery in an organized gang, kidnapping and criminal association. More were later charged, and as of Jan. 13, 10 people have been charged in the crime. Kim told her French lawyer, Jean Veil, she was "amazed" Paris police managed to make so much progress in apprehending the suspects. This week also marked Kim's first official event appearance since the robbery, as she jetted off to Dubai with Scott Disick. There, she headlined a masterclass by her makeup artist, Mario Dedivanovic.

Jamie Foxx was attacked at a West Hollywood hotspot after a man accused him and his friends of being too loud. Reports claim a man "lunged" at Jamie at Catch LA, made contact and even pulled him down to the table. Jamie won the battle, though, turning the guy around, putting him in a choke hold and taking him down. On Jan. 9, Jamie made light of the restaurant attack with an Instagram prank in which he videotaped himself with a towel over his eye. "I just wanted to address what happened from my perspective. All I was trying to do, man, was keep my eye on things!" With that, he moved the towel away from his eye, which he'd crossed. He then laughed and said he was just messing with everyone and he's fine.

RELATED: Celebs who had breakup makeovers

A little privacy, please! Angelina Jolie and a slimmed-down Brad Pitt will no longer let their contentious custody battle play out in public as they move forward with divorce plans. On Jan. 10, the two released a joint statement — their first since their September 2016 split — stating that they'd both agreed to protect their six kids' privacy and would be utilizing a private judge to hash out their issues moving forward. "The parents are committed to act as a united front to effectuate recovery and reunification," the statement said. Also this week, it was reported that Angie had rented out a second Malibu home for her and her children, because apparently one isn't enough. The new six-bedroom house — which costs $35,000 a month — is a mile from their current pad. Brad, meanwhile, is getting back on track and has recommitted to fitness. "He lost a bunch of weight," a source close to the actor told Us Weekly. "He's focusing on himself again, watching what he eats and has a chef making him healthy meals."

Joaquin Phoenix and Rooney Mara are co-stars on screen and, now, in real life. It was reported this week that the "Mary Magdalene" actors have fallen for one another. "They found love on the set," a source told the New York Post, adding that the pair skipped the Golden Globes because they were "holed up together in the desert."

Robin Thicke was investigated and cleared by the Los Angeles County Department of Children and Family Services over abuse allegations made by his 6-year-old son, Julian, following an alleged incident that happened around the New Year. Since then, the singer and ex-wife Paula Patton have been embroiled in a custody battle over their son. The actress sought an emergency hearing to limit Robin's visitation with the boy — a move a judge rejected on Jan. 12. Julian reportedly told school officials that his dad spanked him hard, leading them to report the music star to DCFS. Robin admitted in court papers that he has spanked the child, but claims he did so without excessive force. "On a very rare occasion and only as a last resort, I will use light spanking, but it is consistent with the law — open hand on the butt," he said in a court declaration. "This is the type of discipline to which Paula and I agreed during our marriage." Robin also said he believes that Paula "holds residual anger" toward him for blocking her from attending his father Alan Thicke's funeral on Dec. 20. On Jan. 13, Robin was cleared of any wrongdoing.

"Fargo" co-stars Kirsten Dunst and Jesse Plemons are engaged, according to reports this past week. There is some debate over when he popped the question, but everyone agrees that he did… and that she said yes. The couple has been together for about a year. As for what the wedding may be like, Kirsten once told InStyle UK that her ideal wedding day would go a little like this: "Courthouse, dinner party and DJ with friends and family. I'll treat it like it would be my 40th birthday."

While accepting the Cecil B. DeMille Award during the 74th Annual Golden Globe Awards, Meryl Streep took the opportunity to blast president-elect Donald Trump — not something you'd probably expect to hear from the acclaimed actress. Without naming him, she called on the press to "hold power to account, to call him on the carpet for every outrage." Hollywood was abuzz over her speech, for better or worse. She had a lot of supporters, including George Clooney. "It is her right, as much as it's everyone else's right to say she can't say it. You can't demand freedom of speech and then say, 'But don't say bad things about me,' right?" George told Us Weekly. Meryl also had some people who weren't fans, including liberal pundit and "The Daily Show" host Trevor Noah. Of course, The Donald wasn't about to let the comments roll off his back either. "Meryl Streep, one of the most over-rated actresses in Hollywood, doesn't know me but attacked last night at the Golden Globes," he tweeted. He added that she is a "Hillary flunky who lost big."

Back on and engaged

Alex Pettyfer and model Marloes Horst are reconciled and re-committed to each other. A Jan. 11 E! News report claims the two are not only back together, but engaged. Marloes was recently spotted rocking a diamond ring on that finger. The couple split in March 2016 after about two years of dating, but hinted at the time that a future together might still be in the cards. Looks like they knew something was brewing all along. 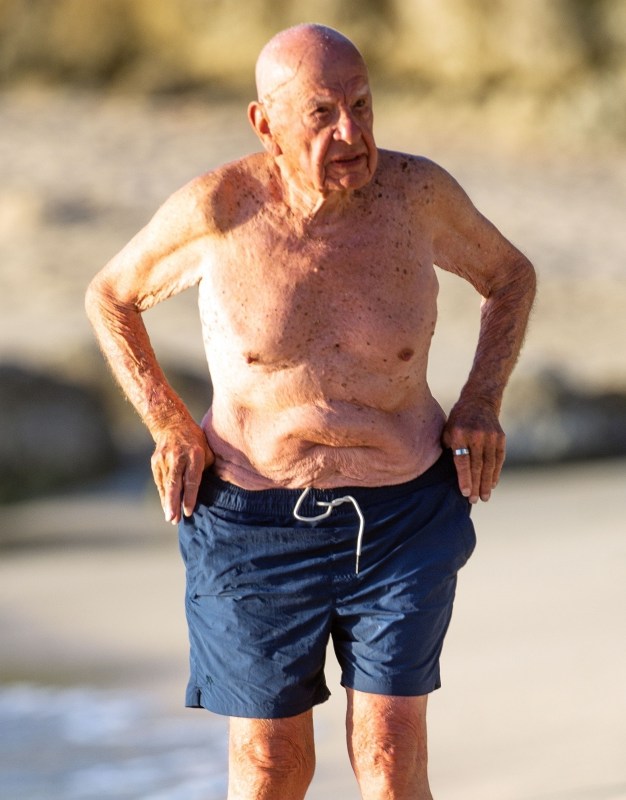