It's award season and Wonderwall.com is checking up on some of the 2019 Grammy nominees ahead of music's biggest night on Feb. 10, 2019, to find out what they've been up to before the show. Let's start with rap darling Cardi B, who performed at a Super Bowl preparty in Atlanta on Feb 2, 2019. Keep reading to see more Grammy nominees (within 84 categories!) out and about…

Post Malone was spotted heading to dinner in Beverly Hills on Jan. 28, 2019.

RELATED: Celebrities who have face tattoos

Dua Lipa signed autographs for fans at the premiere of "Alita: Battle Angel" in Los Angeles on Feb. 5, 2019.

RELATED: A guide to the 2019 Grammy nominees' significant others

Bradley Cooper — who has two Grammy nods for "Shallow," his "A Star is Born" duet with Lady Gaga — was snapped exiting his apartment in New York City on Feb. 5, 2019.

Ariana Grande, who bowed out of a Grammys performance slot after major drama with producers, looked flushed while hopping in a car after an intense workout in Los Angeles on Jan. 29, 2019.

Camila Cabello and boyfriend Matthew Hussey caught a film together at the ArcLight Theatre in Hollywood on Jan. 31, 2019.

Keith Urban was snapped exiting a plane after arriving in Brisbane, Australia, on Jan. 31, 2019.

Pharrell Williams hit a nightclub while out with friends in Hollywood on Feb. 7, 2019.

Pink posed with her beautiful family at her Hollywood Walk of Fame star ceremony on Feb. 5, 2019.

Justin Timberlake stood out in a blue coat while grabbing coffee in New York City's Tribeca neighborhood on Feb. 6, 2019.

Shawn Mendes braved the snow in Toronto wearing just a sweatshirt on Feb. 5, 2019.

Toni Braxton waved while heading to The Grove outdoor mall in Los Angeles on Jan. 31, 2019.

Miguel was all smiles while leaving the "I Am The Highway: A Tribute to Chris Cornell" concert in Inglewood, California, on Jan. 16, 2019.

Janelle Monae played with the paparazzi while leaving an event in Los Angeles on Jan. 31, 2019.

Diplo rocked a vintage Woody Harrelson T-shirt while leaving a nightclub in Hollywood on Feb. 7, 2019.

Dave Chappelle chatted with fans outside Delilah nightclub in West Hollywood on Jan. 27, 2019.

Crowd favorite Kelly Clarkson performed during one of her "Meaning of Life" tour stops in Sacramento, California, on Jan. 28, 2019.

Reggae royalty Ziggy Marley was spotted leaving the "I Am The Highway: A Tribute to Chris Cornell" concert in Inglewood, California, after performing on Jan. 16, 2019. 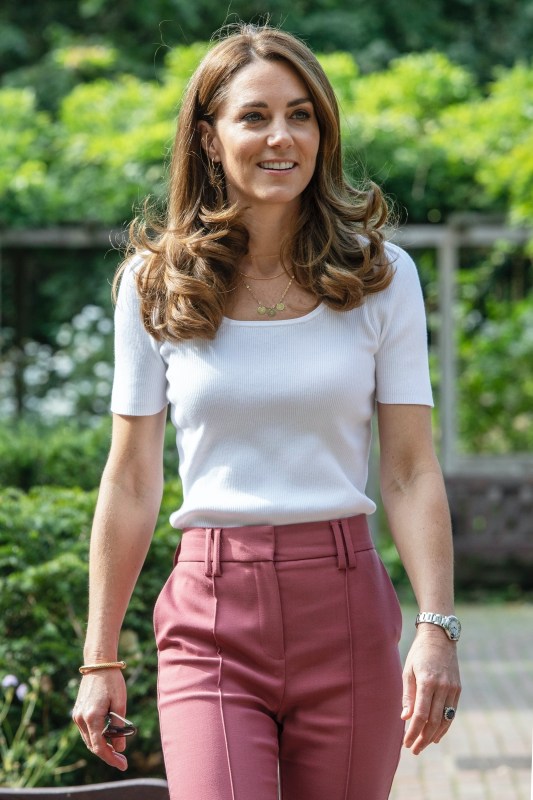 Up Next Royal Day Out