Elvis Presley might be best known as a music icon and rock 'n' roll pioneer, but the singer was also a family man. Before he passed away in 1977 at age 42, Elvis enjoyed a passionate love affair with wife Priscilla Presley and a close bond with daughter Lisa Marie Presley. Today, many members of his family have made their own strides in the music industry, starred in blockbuster films and navigated personal hardships. To mark the 43rd anniversary of Elvis's death on Aug. 16, 2020, Wonderwall.com is taking a look at the King's family members and what they're up to today. Keep reading for more…

Elvis Presley was serving in the Armed Forces when he met Priscilla Beaulieu at a party in Germany when she was only 14 years old. Young Priscilla was an Army brat with strict parents who initially discouraged the teen from seeing the singer. But her parents soon relented and the couple dated on and off for the next seven years. They married on May 1, 1967, after living together at his Tennessee home, Graceland.

Priscilla Presley went on to divorce Elvis Presley in 1973 after a string of affairs and constant touring soured the marriage. Priscilla is now a prominent businesswoman, actress and grandmother. Following her divorce from the King, the noted Scientologist starred in three successful "Naked Gun" films in the '80s and '90s. She also co-founded Elvis Presley Enterprises in 1977 after her ex's death. The company turned Graceland into one of the top tourist attractions in the United States and the estate grew to be worth more than $100 million! In 1984, she started seeing producer-director Marco Garibaldi and in 1987, they welcomed a son, Navarone. The couple called it quits, however, in 2006. Though she and British pop legend Tom Jones were romantically linked in 2017, he insisted they were just "good friends." She's also a longtime ambassador for The Dream Foundation, a charity that grants wishes for terminally ill adults and their families, and a longtime advocate for animal rights.

Elvis Presley and Priscilla Presley welcomed a daughter, Lisa Marie Presley, on Feb. 1, 1968. Their only child was born just nine months after her parents' Las Vegas wedding. She was just 9 when her father died, leaving her as the sole heir to his estate.

Lisa Marie Presley launched a music career in her 30s — she released three albums in the 2000s and 2010s, the last of which received critical praise — but more often made headlines for her unexpected and failed romantic relationships. In 1994, not long after getting a quickie divorce from first husband Danny Keough, the father of her first two kids, she shocked the world when she married the King of Pop, Michael Jackson. Their love was not meant to last, however, and the pair divorced in 1996. In a 2010 interview with Oprah Winfrey, Lisa Marie said the couple spent four years, on and off, attempting to reconcile following their divorce. The mother of four went on to marry and divorce actor Nicolas Cage too before marrying musician Michael Lockwood, the father of her twins, Harper and Finley, in 2006. The couple endured an acrimonious split in 2016 and both temporarily lost custody of their daughters, who went to live with grandma Priscilla Presley for a time. Lisa Marie also went to rehab and has reportedly been sober since late 2016, which paved the way for her to get her girls back in July 2017, The Blast reported. She and Michael — who in 2018 lost his fight for spousal support due to an ironclad post-nuptial agreement — have continued to fight over custody of their twins.

Riley Keough is now an established actress and producer who's starred in a number of blockbuster hits. After launching her career as a model, Riley shifted to acting, appearing in several Steven Soderbergh projects including "Magic Mike," "Logan Lucky" and the television series "The Girlfriend Experience," the last of which earned her a Golden Globe nomination. Riley also starred in "Mad Max: Fury Road" in 2015, the same year she married Australian stuntman Ben Smith-Petersen. She's since gone on to appear mostly in indie projects but in 2018 also popped up on an episode of the popular teen drama "Riverdale." She'll next headline the buzzy Amazon series "Daisy Jones and the Six," which is based on the bestselling novel of the same name.

Elvis Presley's only grandson, Benjamin Keough (bottom right), was born in 1992 to Lisa Marie Presley and musician Danny Keough. Though photos of Ben as an adult are rare, it's been noted he bears a striking resemblance to his famous grandfather.

Benjamin Keough, pictured here with mom Lisa Marie Presley in Las Vegas in 2015, tragically died by suicide in July 2020. He lived a low-profile life compared to the rest of his family. Though he reportedly signed a deal with Universal and recorded his first album as a teenager in 2009, his music was never commercially released. He rarely attended public events but occasionally popped up on his mom's social media feeds, including in this 2019 photo with his siblings. In the wake of his death, Lisa Marie was "entirely heartbroken, inconsolable and beyond devastated but trying to stay strong for her 11-year-old twins and her oldest daughter," her rep said in a statement.

In early 2017, it was revealed that Harper Vivienne Ann Lockwood and Finley Aaron Love Lockwood were living with their maternal grandmother, Priscilla Presley. The twins were removed from their parents' care in 2016 but Lisa Marie regained custody the next year and Michael reportedly secured visitation. Lisa Marie is seen here posing with her three daughters on the red carpet at ELLE's annual Women in Hollywood event in 2017. Since then, Lisa Marie has shared photos of her beautiful girls on social media (like in this cute 2019 family snapshot). 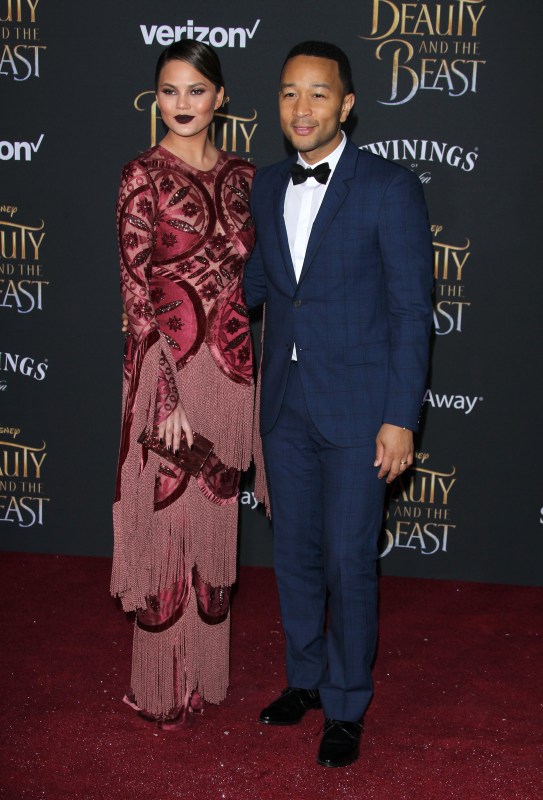