Fortunately for President Trump, the news cycle is faster than this.

Prince Charles hasn't seen anyone this high since watching a YouTube video of Snoop Dogg.

RELATED: Everything the Duchess of Cambridge has worn in 2019

Holly Madison wants to start turning her nose up at people.

While many in Hollywood continue to go under the knife, Goldie Hawn takes pride in staying organic.

All these hands are needed to carry all the awards Kacey Musgraves has won this year.

As Rod Stewart looks out at the current state of music, he's not impressed.

Is Suri Cruise too old for a bottle?

Be careful, Kris Jenner. The last time someone from your family got a surprise, it went by the name of Jordyn Woods.

Benedict Cumberbatch is waiting for that "Dancing With the Stars" invite.

Sofia Vergara should be past the point of being clingy.

This is all the money Arnold Schwarzenegger has left after his daughter's wedding to Chris Pratt.

Jessica Chastain was told it was a custom dress.

Prince Charles is about to fire his two closest advisers and replace them with a couple workhorses.

Chris Hemsworth, did you eat that last slice of pizza?

Russell Wilson is gonna need his offensive line to protect him from Ciara after this.

We always knew Natalie Portman liked to get hammered.

Jaden Smith, yeah, I'd hit that.

This is how Cecilla Vega brushes up on her interviews for "Good Morning America."

Justin Bieber is in shape, but he clearly hasn't been practicing his pull-ups.

Russia isn't the only foreign leader monitoring our elections.

Can you actually order the Kevin Hart wrap at Chipotle?

Serena Williams' tennis game has been hard to see lately too.

Did Duchess Meghan not shower today, or…

Colton Underwood had more game as the star of "The Bachelor."

Well, that's one way for Miranda Lambert to make sure her husband doesn't have a wandering eye.

Talk about some serious shade directed at Jessica Chastain!

Chrissy Teigen has the same loose grip on her Twitter feed.

Pink promised to behave at a recent family reunion and then this happened.

We never pegged Chris Pine for being a trashy actor till now.

Say what you want about Kate Upton's husband, Justin Verlander, but he's an All-Star, so he sure doesn't blow.

Irina Shayk is newly single, and the signs tell us she's Mmmmm!

Is Lin-Manuel Miranda in witness protection?

Dascha Polanco is so beautiful that she often has to beat men off with a stick.

This is fitting, because Jonathan Cheban is constantly getting creamed for exploiting his friendship with Kim Kardashian West.

If Chelsea Handler acts this way with this kid, just imagine her fighting for the armrest on an airplane.

Tom Holland's at-home craps game is not off to a raucous start.

Justin Bieber has reached that Tom Jones level of fame where fans take off their clothes for him.

While most people consider Bradley Cooper a star, we see him as more of a full moon.

It was only a matter of time until Gigi Hadid finally snapped.

Mischa Barton has perfected the look that every 2000s emo band was striving for.

Corinne Olympios can't tell what's more terrifying — this thing, or the guys on "The Bachelorette."

Now that she's no longer the star of "The Bachelorette," only Ali Fedotowsky's husband has an appetite for drama.

Their movie, "Child's Play," is choking at the box office too.

Jimmy Fallon is trying to butter up his guests. 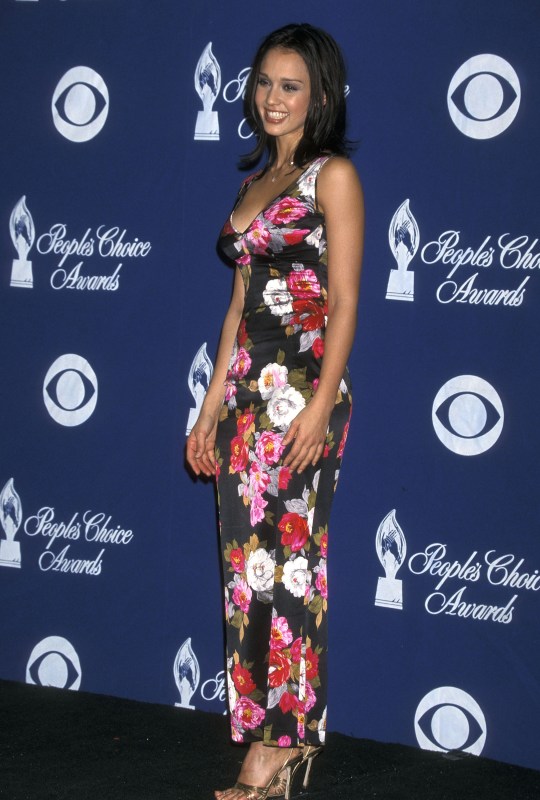