Gigi Hadid and Zayn Malik are expecting a baby! On April 28, TMZ reported the news, and Gigi's mom later confirmed it, indicating that her first grandchild is due in September. On April 30, Gigi shared the happy news herself on "The Tonight Show" while speaking to host Jimmy Fallon, saying, "We're very excited and happy and grateful for everyone's well wishes and support." Multiple media outlets have reported that it's a girl. The pregnancy news comes just days after the supermodel celebrated her 25th birthday with the One Direction singer and her family at the Hadid family's farm in Pennsylvania. Many signs point to the birthday party doubling as a gender-reveal party, as pink and blue decorations were spotted in social media pictures.

After a decade together and nearly seven as husband and wife, Kristin Cavallari and Jay Cutler have split. The "Very Cavallari" couple announced on April 26 that they were divorcing. While the breakup initially seemed amicable according to their identical social media posts, the actual divorce filings told a different story. Kristin cited "inappropriate marital conduct" and "irreconcilable differences" as the reason for the divorce. She also reportedly took issue with Jay's claim that he's "the available at home parent and the primary caretaker of the parties' minor children," as her filing stated that she has been the "primary residential parent" to kids Camden, 7, Jaxon, 5, and Saylor, 4. The Uncommon James designer wants primary custody with visitation for Jay while he's asking a judge for joint custody. She's also accused him of blocking her from buying a house and trying to hide money from her. Friends say the split was a long time coming.

Eminem confronted an intruder who broke into his Detroit-area house in the middle of the night. TMZ reported on April 30 that the incident occurred earlier in April. According to the report, Matthew David Hughes, 26, gained entry into the rapper's home around 4 a.m. by smashing a window with a paving stone. It appears that the man came through the back of the house while the rapper's security team was guarding the front of the home, which is located in a gated community. After waking up to the house alarm, Em found the intruder in his living room. The rapper's security staff quickly detained the intruder while waiting for police to make an arrest. The man was booked on two felonies: first-degree home invasion and malicious destruction of a building.

Roy Horn — the famed magician who suffered life-threatening injuries in 2003 after being mauled by a tiger during a Siegfried and Roy live show — tested positive for the coronavirus. "We can confirm that Roy Horn has tested positive for the virus that causes COVID-19 and is currently responding well to treatment," Roy's rep said on April 28. "Most importantly, Siegfried [Fischbacher] and Roy send positive wishes to everyone impacted by the pandemic." Roy's career came to a sudden end in October 2003 when he was mauled by a big cat named Mantecore. Audience members were left stunned when Roy was dragged off stage in the cat's mouth. Since the incident, the 75-year-old's ability to move, walk and speak has been severely affected.

Harrison Ford is being investigated by the Federal Aviation Administration for wrongly crossing a runway where another plane was landing. The incident, for which the actor has taken responsibility, occurred at Hawthorne Airport in the Los Angeles area. "He immediately acknowledged the mistake and apologized to ATC for the error," Harrison's rep said in a statement. "The purpose of [his] flight was to maintain currency and proficiency in the aircraft. No one was injured and there was never any danger of a collision." The "Indiana Jones" star "misheard" an instruction from air traffic control, his rep added.

Three members of the Robertson family, who were made famous on the show "Duck Dynasty," were issued orders of protection from a suspect in a drive-by shooting. The Monroe News-Star reported on April 27 that alleged culprit must stay at least 1,000 feet away from John Luke and Mary Kate Robertson and their infant son for two years. While riding in the passenger seat of a car on April 24, the suspect, Daniel King Jr., fired shots that hit two Louisiana homes belonging to the Robertson family, police said. One went through a bedroom window. No motive is publicly known, but it's believed the suspect knew who owned the houses. "We were pretty shook up," Willie Robertson told USA Today Network on April 26. "It looks like they were just spraying bullets across my property." Reports indicate that eight to 10 bullets were fired.

Joe Giudice had better get used to calling Italy home. On April 29, the U.S. Court of Appeals denied his second appeal in his deportation case. This isn't all that surprising, as Joe had long odds of getting a favorable outcome, particularly given that his first deportation appeal was also denied. Joe can appeal again. The "The Real Housewives of New Jersey" star flew to his native Italy last fall after being released from Immigrations and Customs Enforcement custody after serving three years in federal prison for fraud. "We have always maintained that Joe Giudice belongs in the United States with his family, not in Italy," his lawyer said after the ruling. "The immigration laws in our country are both draconian and antiquated and need to be revisited by forward-thinking members of Congress."

A little more than a year after they tied the knot, Lea Michele and Zandy Reich are expecting their first child. People magazine reported the pregnancy news on April 27. "They've always wanted to be parents," a source told the mag. The actress-singer and Zandy, an entrepreneur and business owner, have yet to publicly confirm the happy news. On April 30, another high-profile celebrity couple revealed that they're expecting too: Ashlee Simpson and husband Evan Ross confirmed that her third child, and their second together, is on the way. The new baby will join big sister Jagger Ross and half-brother Bronx Wentz.

Stay-home lockdown is having a negative effect on Kim Kardashian West and Kanye West's marriage, an April 29 report claimed. "Kim and Kanye have been arguing a lot during the quarantine," a source told Us Weekly. "Kanye is really getting on Kim's nerves." The source claims that Kim feels the rapper isn't exactly being the best father at the moment, as he's "focused on creating." Kim, meanwhile, feels like "all the parenting duties are falling on her." Kim and Kanye share four children. "Kim finds it frustrating that [Kanye] doesn't ask her how he can help with the kids," the Us source added.

At the end of CNN's coronavirus town hall on April 30, anchor Anderson Cooper shared some happy personal news with viewers: He's now a father. His son, Wyatt Morgan, was born to a surrogate on April 27. The baby boy's first name honors Anderson's father, who died when the journalist was 10, and his middle name is a family name "on my mom [Gloria Vanderbilt]'s side," Anderson said. "I know my mom and dad liked the name Morgan because when I was going through her things recently [following her 2019 death] I found a list they made 52 years ago when they were trying think of names for me." Anderson added, "As a gay kid, I never thought it would be possible to have a child and I'm so grateful for those who paved the way." 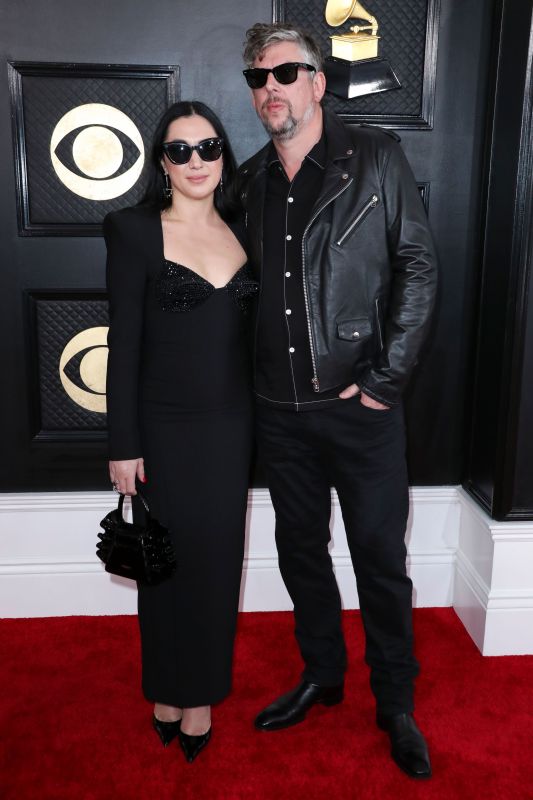