Robin Wright is a married woman. The actress secretly wed Clement Giraudet, a VIP relations manager for Saint Laurent, multiple outlets reported on Aug. 13. The "House of Cards" star wore a "bohemian lace wedding dress," Vogue Paris reported, for the ceremony in southern France. On Aug. 12, Robin's daughter, Dylan Penn, shared a video of guests dancing at a wedding party, many of whom were wearing bohemian-style clothing. According to her Instagram post, she was in La Roche-sur-le-Buis, which is in southeastern France. Multiple reports said the wedding happened on Aug. 10 or 11.

Days after multiple reports indicated that Aretha Franklin was "gravely ill," the Queen of Soul passed away on Aug. 16 from pancreatic cancer. She was 76. As expected, tributes poured in to honor the legend. Former President Barack Obama, who shared a special bond with Aretha, wrote, "Aretha helped define the American experience. In her voice, we could feel our history, all of it and in every shade — our power and our pain, our darkness and our light, our quest for redemption and our hard-won respect. May the Queen of Soul rest in eternal peace." President Donald Trump called her "a great woman, with a wonderful gift from God, her voice." Diana Ross tweeted, "I'm sitting in prayer for the wonderful golden spirit Aretha Franklin." John Legend called her "the greatest vocalist I've ever known." Aretha's death was expected. The icon, who received visits from Stevie Wonder and the Rev. Jesse Jackson right before she died, had been "ill for a long time," People magazine reported on Aug. 13. TMZ reported that her family has decided that, to accommodate Aretha's many fans, they will have an open-casket public viewing and memorial at the Charles H. Wright Museum of African American History in Detroit in the coming days. RIP Queen.

Ever since her overdose on July 24, speculation has focused on what, exactly, Demi Lovato had taken. Initial reports indicated that heroin was to blame, but her camp vigorously denied that. On Aug. 13, TMZ reported that Demi's overdose was likely triggered by oxycodone laced with fentanyl, which is the same drug that killed Prince. TMZ reported that Demi texted a drug dealer after celebrating a friend's birthday. The dealer came to her house and the two allegedly "freebased oxycodone on tin foil," TMZ said, adding, "We're told the dealer fled her home when he noticed she was in bed, breathing very heavily." Demi was hospitalized for nearly two weeks before heading directly to rehab.

Jack Osbourne and wife Lisa Stelly settled their divorce just months after splitting after nearly six years of marriage. TMZ reported on Aug. 16 that Jack has agreed to give Lisa a "sizable cash payout." He's also paying "significant child support" and is covering costs for private schools, medical bills and pretty much every other expense for the kids, the website noted. The former couple will have joint custody of their three daughters — Pearl, 6, Andy, 3, and Minnie, 6 months, who arrived just three months before Jack and Lisa's sudden split. Jack had asked a judge to deny Lisa spousal support. Now it's clear he did that because he was planning instead to give her money upfront.

Open up that wallet! Britney Spears was ordered to cut ex-husband Kevin Federline a check for $100,000 to cover his legal fees in their ongoing battle over child support, The Blast reported on Aug. 15. A judge also required both Britney and Kevin to pay $10,000 to a dispute resolution company. Britney currently pays K-Fed $20,000 a month in child support for their two sons, but he's been asking for more.

Brad Pitt is having trouble bonding with his children because ex Angelina Jolie continues to "exert influence" over the kids, a report claimed on Aug. 16. TMZ, citing sources involved in the case, said the actor is having an especially difficult time connecting with his three sons amid his and Angelina's long, bitter divorce negotiations, while their three girls are far more open to having a relationship with Brad. "Angelina has not blocked Brad's ability to see the kids," TMZ reported, but she "continues to drive a wedge between Brad and the kids and it's had a significant impact on his ability to restore his relationship with them."

Matt Lauer is almost a single man, but a single man with far less money. According to Page Six, the disgraced former "Today" anchor has agreed to pay Annette Roque, his soon-to-be ex-wife of nearly two decades, up to $20 million. "Matt's bending over backwards to give Annette everything she wants because he feels so guilty" about his bad behavior with multiple women during his NBC tenure, a source tells Page Six. Matt is reportedly hoping to keep the family home, Strongheart Manor, in the divorce. "Things really have settled down. Matt and Annette are getting on and they're both spending time with their kids," the source added. "They hope to settle the divorce very soon."

Everyone thought Pete Davidson and Ariana Grande's relationship moved along fast, but now we know that it progressed faster than anyone could have thought. He was ready to propose the day they met. "The day I met her, I was like, 'Hey, I'll marry you tomorrow,'" he told GQ. "She was calling my bluff. I sent her a picture [of engagement rings]. I was like, 'Do you like any of these?' She was like, 'Those are my favorite ones,' and I was like, 'Sick.'" The ring he got reportedly cost $93,000. The couple has yet to set a wedding date. "The universe works in weird ways," he said. "All I know is that I'm the luckiest guy in the world."

Why they're still married

Jennifer Garner and Ben Affleck are still technically married more than three years after announcing their split and more than a year after she filed for divorce, and she won't allow the divorce — which includes a custody agreement — to be finalized until she trusts that he's sober, claims a new report. On Aug. 15, a source told Us Weekly, "Jen wanted to give Ben the time and opportunity to work on his health and sobriety [before the divorce]." Jen "isn't in a rush" to make things final, the insider said, adding that Jen wants her ex to "be the best father he can be" and "wants what's best" for their three kids. Ben has dealt with some well-documented addiction issues in the past and in recent days has been photographed outside an outpatient rehab facility. "Jen just isn't willing to settle the custody issues until she's 100 percent certain that he's clean," continued the Us Weekly source. "She'll wait for him to prove he is taking it very seriously." Ben, the source said, "would have liked to have finished [the divorce] and closed the books sooner."

Just before he died, Bethenny Frankel's late on-off boyfriend, Dennis Shields, told emergency workers what drugs he'd taken. Those were his last words. On Aug. 17, TMZ reported that the businessman — who died on Aug. 10 in his Trump Tower apartment in New York City despite being treated with more than two doses of Narcan, a drug that can reverse the effects of an opioid overdose — told responding EMTs and cops that he'd taken some of his prescribed oxycodone as well as Vicodin and a sleeping pill to help him cope with pain from a back injury. Law enforcement sources also told TMZ that cops found numerous prescription bottles scattered throughout his apartment, but that no illicit drugs nor drug paraphernalia were uncovered. Bethenny was inconsolable when she attended Dennis' funeral on Aug. 13. 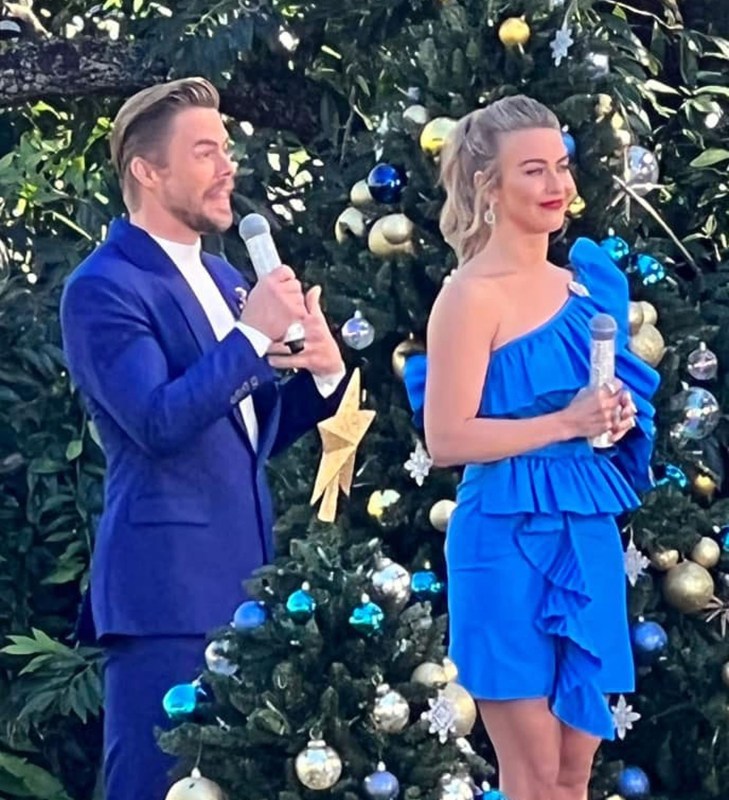